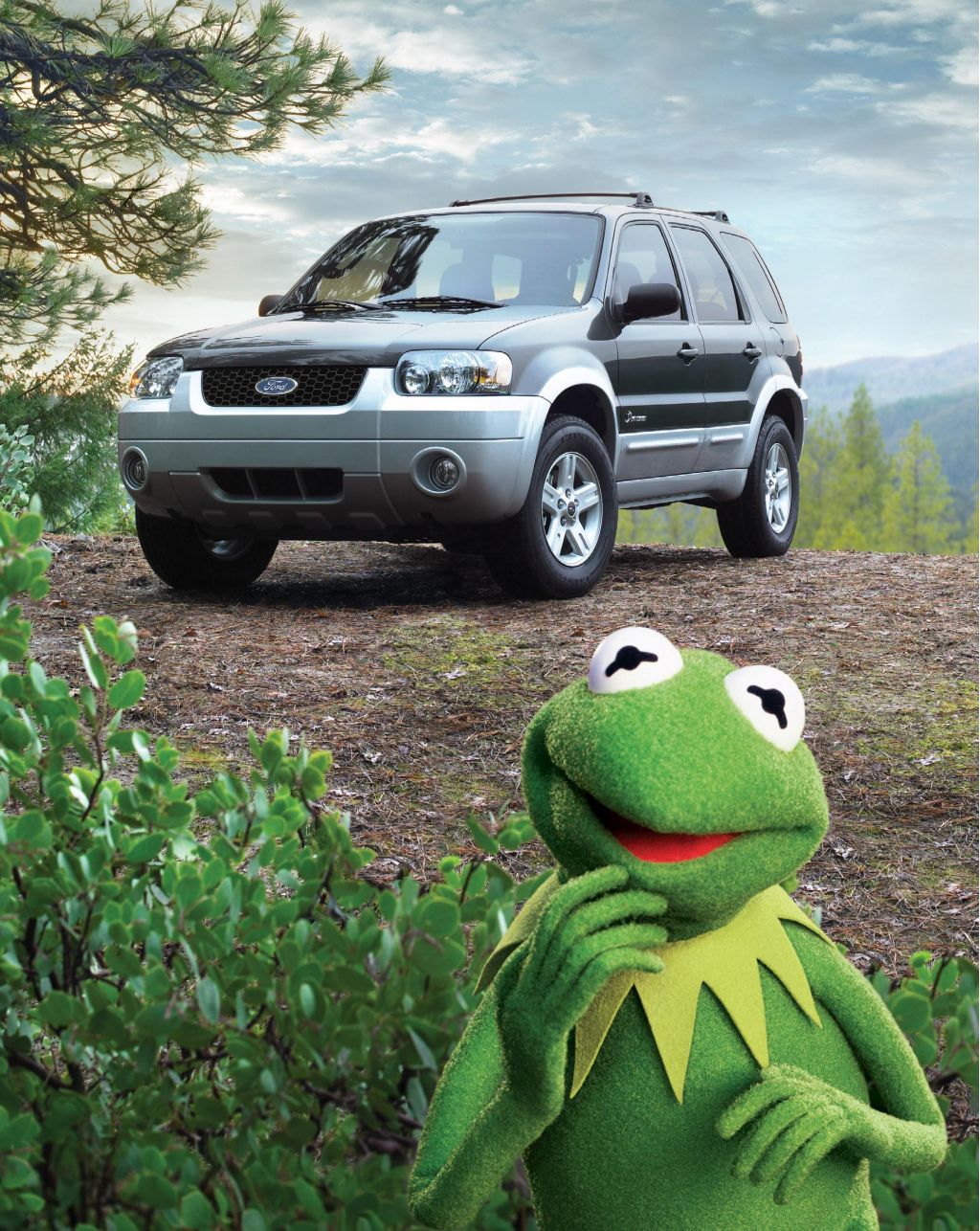 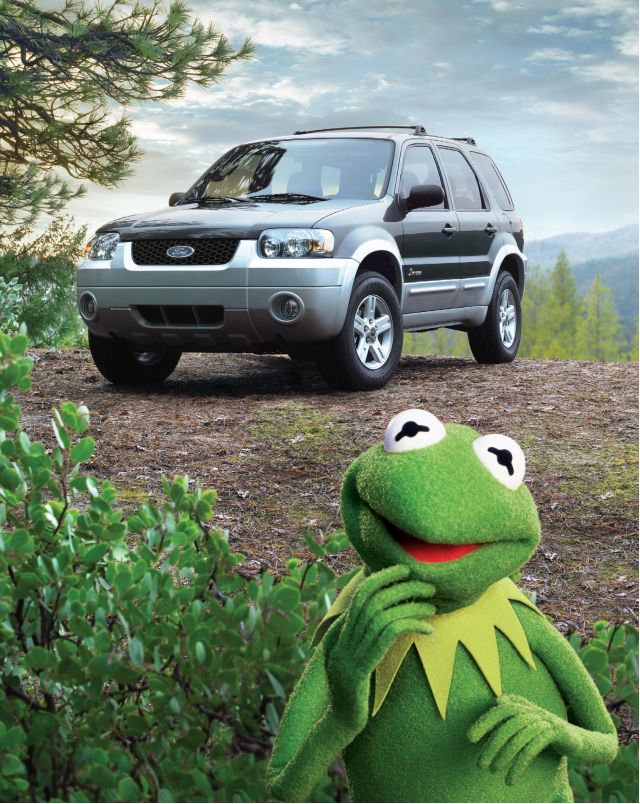 Escalades have rap stars to shill them, and pickup trucks have country-music stars. But it’s easy being green in a Ford Escape Hybrid — or so Ford wants shoppers to believe with new ad spots starring Kermit the Frog. The ads, set to air during the second quarter of Super Bowl XL on Feb. 5, are 30-second spots in which Kermit runs into the Escape Hybrid while out exploring. What exactly happens in the ad, Ford isn’t saying — but we’re betting that somehow, Kermit will use his catchphrase about being green. And we haven’t heard any mention about what Miss Piggy will be doing during those 30 seconds. We’re guessing Old Country Buffet.