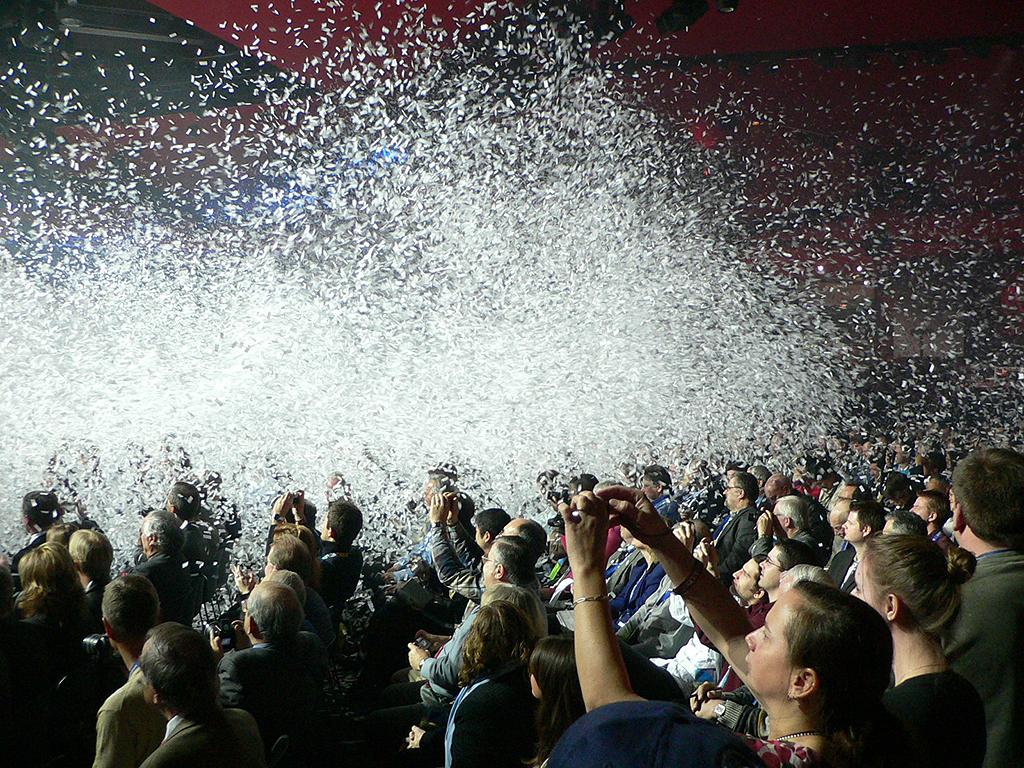 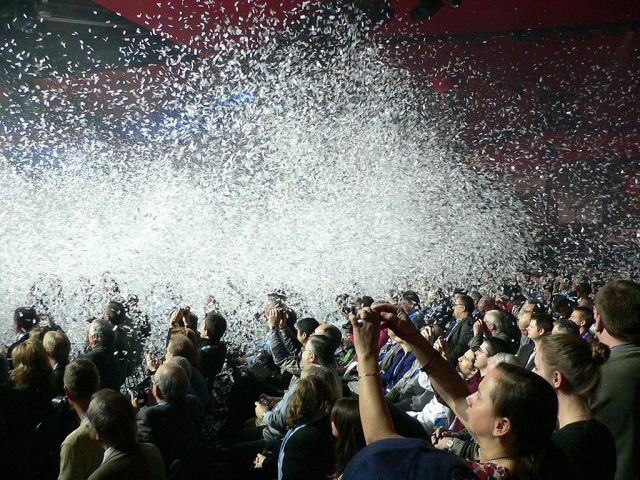 If there’s a generalization that we can make about the aesthetics of the press conferences at Detroit this year, it’s that for many of them there seemed to be more of an emphasis on live, physical effects and entertainment rather than glitzy light shows, fog machines, and on-screen special effects, as the show has tended to favor over the past few years at its conferences.

Chrysler really brought on the physical entertainment in its conferences this year, with a Jeep conference that involved driving straight through a plate-glass window at Cobo Hall, guest appearances by actors/dancers from the Broadway production “Slava’s Snowstorm,” entertainment from a live band, and with cameos by David Spade, Angie Harmon, and Eva Longoria, to help introduce its new products and concepts.

GM even brought in a marching band for the debut of its new Camaro. As the band played, it had the feel of a fair, or a campaign rally. While fog machines would normally suffice for effect, Chevrolet brought out the confetti for the Camaro—that’s right, the little paper bits that get over everything. Confetti seemed to be out in full force this year, appearing at several conferences. Chrysler took the confetti a step further when, for its Tuesday press conference introducing the Aspen sport-utility, it pelted the media with a wind-machine driven snowstorm of paper pieces, from which the Aspen emerged. The Aspen is actually driving onto the stage in the picture above — it’s just completely engulfed in the whiteout conditions.

It was obvious from the look on some of the attendees’ faces that not everyone enjoyed the presentation, but it’ll be a prank we remember for years. —Bengt Halvorson