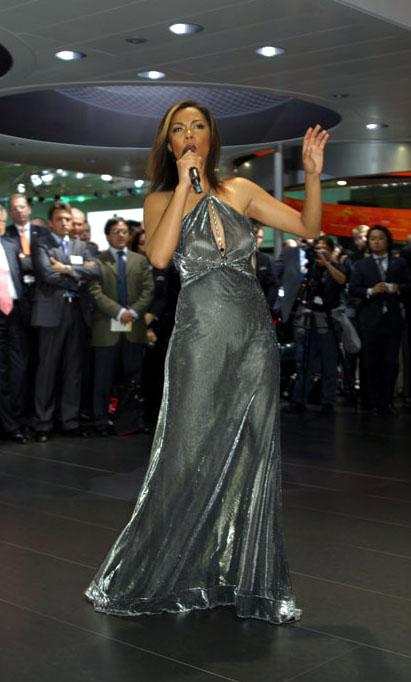 
Audiences attending the Tokyo Motor Show and last month’s Frankfurt auto show may have been overwhelmed by the number of SUVs on display. But one SUV in particular drew in spectators with a live siren song all its own.

Audi’s campaign for the new Q7 SUV features a haunting song conceived by European music producer Leslie Mandoki and performed in advertising – and at auto shows – by Carla Vallet. The song, “Streets of Tomorrow,” was recorded in southern Germany this past summer after Audi herded in a group of 27 composers, producers, sound engineers and sound technicians to capture what they call the “progressiveness” of the brand. Some 14 songs were created, with "Streets" emerging as the favorite.

In a marked contrast to American advertising that leans on popular music—think everything from Madonna’s il-fated Pepsi track to Ray Charles’ “Uh-Huh” and to Ford’s country forays with Alan Jackson and Toby Keith—Audi essentially designed a song for use all over its media launch for the Q7. But why the unknown Vallet? “She has a unique voice with a high recognition factor,” says Mandoki.

Born in Spain to an American mother who sings and a French jazz-musician father, Vallet also lived in Japan for seven years. She will be the face and voice of the Q7 campaign as it circles the globe, hitting the U.S. next year along with Audi’s first true SUV, which is based on the VW Touareg/Porsche Cayenne. The song will be released as a single on October 21 in Europe.