Detroit Show Gets a Labor Break 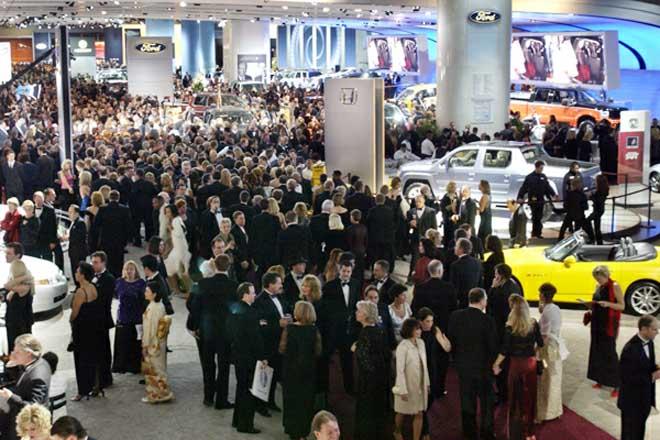 The Detroit Automobile Dealers Association (DADA), which produces the North American International Auto Show (NAIAS) each January, has reached an historic five-year agreement with a consortium of trade unions that provide the labor to erect the show.

Ultimately what this means is that the costs of putting on the show – paid for by the world’s auto companies who sponsor the displays – should be sharply reduced. Early on, Detroit’s municipal Cobo Hall, site of the show, gained a reputation among exhibitors for extravagant feather-bedding work rules. Heck, Detroit is a Union Town, and it was sort of expected. But this is the 21st Century and craft-union leaders recognized new rules were a necessity for the city’s and industry’s health.

Ironically, the reforms were announced during a meeting of the Automotive Press Association at the Detroit Athletic Club, long a symbol of the city’s capitalist class. Dealer and union reps brushed off media queries that the Detroit show had been in danger of escaping to a cheaper non-union suburban venue or worse yet that automakers would shift their “international” exhibit to another city such as, gasp, Chicago.

The key new work rules will allow contractors – the companies hired by automakers to erect their exhibits – to set work crew sizes and permit flexibility in hours, aimed at reducing or eliminating expensive over-time jobs. Agreeing to the reforms were leaders of Teamster, Electrician, Carpenter, Iron Worker and Stagehand local unions.

Neither the union officials nor automobile dealer association representatives had any estimates of how much NAIAS costs will be reduced, nor the potentially reduced time to erect exhibits. Presently, work on the January show begins in late October. However, one union leader speculated 400-500 new jobs would be created by the new work rules. The trade-off to union members, of course, is that some members’ overly healthy overtime bonuses may fall. – Mike Davis