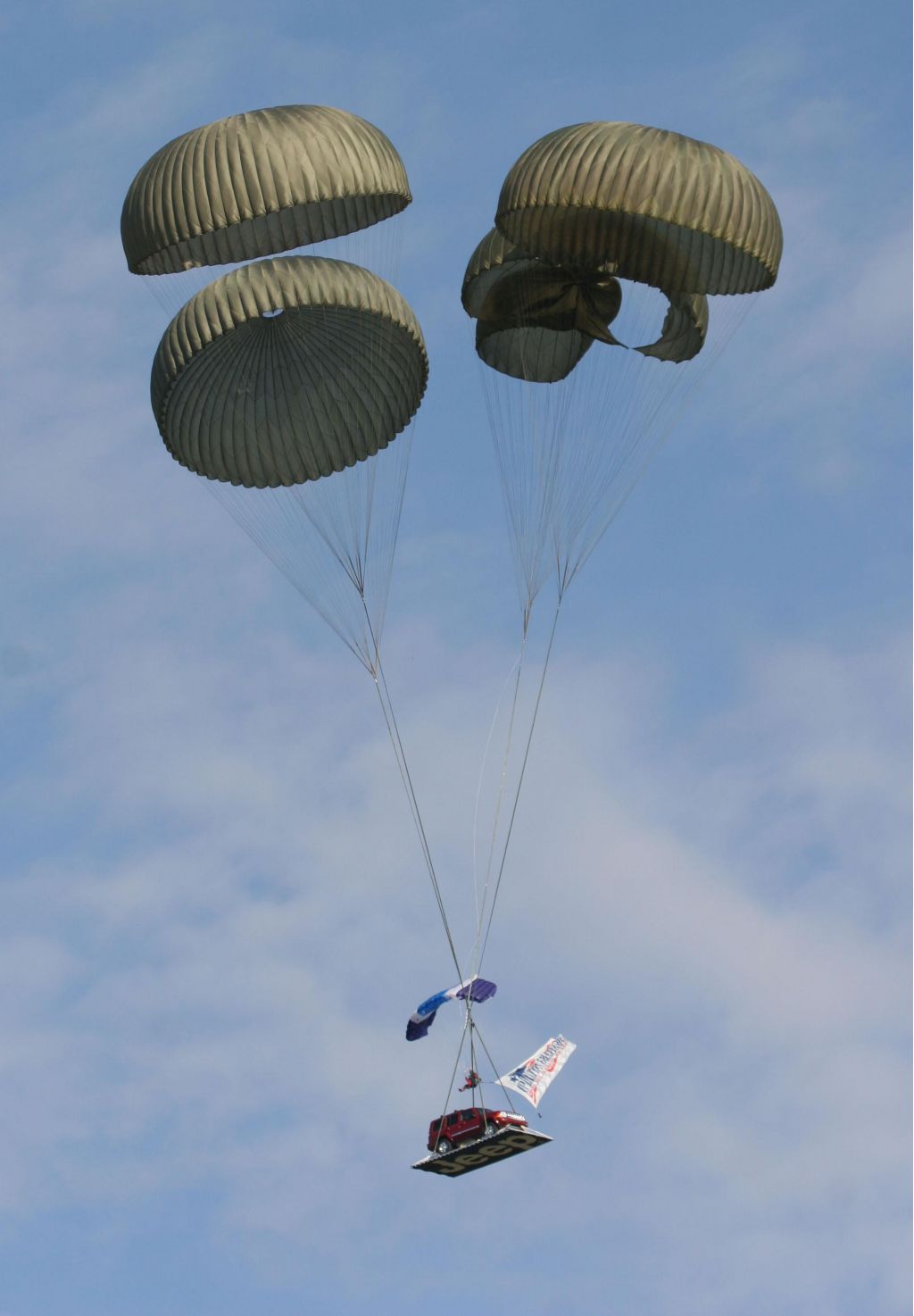 Jeep decides to drop a Commander from 1200 feet in the sky and Operation Gratitude gets a PR buzz. Hilary Clinton makes predictable suggestion that perhaps Jeep dropped the wrong commander.

The 40mpg.com Web site says it's found a new clot of Republicans who believe "windfall" oil industry profits should be taxed to fund alternative energy initiatives. Huh? Did they call Lincoln Chafee's house a hundred times?

Dodge is looking for a replacement for HEMI Guy #2. Resume must include TV experience, ability to look like a Dukes of Hazzard refugee, and willingness to be indirect butt of size jokes.

Ford's going to be selling a lot more hybrids by the end of the decade. Ford, Lincoln and Mercury are covered -- but wouldn't Volvo also be a great place to sell green luxovehicles?

Mitsubishi will be giving gas to its customers in a new sales incentives. That's the logical follow-up to the heartburn that former president Pierre "E-Z Credit" Gagnon gave to Mitsubishi's board of directors.

Bye! The Dodge Neon has hit the end of the production line. That sadness you're feeling is strictly for the hot SRT4, right? Please say yes.

We're still recuperating from the aftereffects of the Frankfurt Auto Show. Email your suggested antidotes for the puffy, gravy-coated carbohydrates served up at the Skoda stand. Bloated? Oy, you haven't seen bloated.

Is it too early to give you our Christmas list?