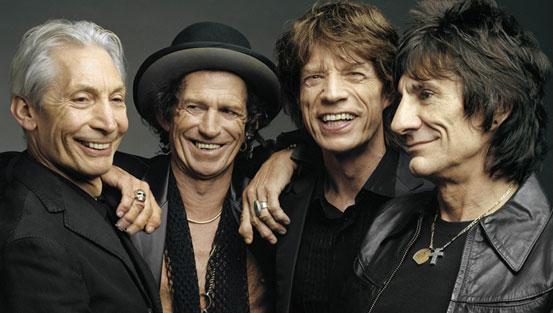 They're back, and Benz is hooking up with the Rolling Stones to promote the new R-Class crossover. Now, while we're morally bound to keeping all the punchlines to ourselves (we're not so young either), the best one emailed to [email protected] wins a bunch of free car stuff just for making us giggle.

The second turnaround plan in four years at Ford should, by all geometric principles, put the company back right where it was in 2001. But trust us when we tell you no one in Dearborn is waxing nostalgic for the days of Nasser. (Jac, not Gamal Abdel.) Salon game of the week: which Ford brand will be first to be cut loose?

Smart move of the week: VW turning to Chrysler to spin off a minivan that it can sell Stateside. After cancelling a new Microbus, the most logical new product idea it's had since the New Beetle, VW management lost much of the market-savvy credentials it won in the early 1990s. Putting Wolfgang Bernhard in charge was a huge step to restoring it - and his courtship of his former Chrysler colleagues, if true, is an admirable example of ego-free leadership.

Since it seems to be all about celebrities and cars this week, we'll remind you that His Holiness and Kinky Friedman don't have much in common, except a desire to work with Willie Nelson.

Honda's Civic is about to hit the streets - and TCC is bringing you the first review of the new sedan and Hybrid, and coupe and Si models next Wednesday. Those who want to camp out in line for tickets should report to TCC HQ to get a wristband before Saturday afternoon. No cutting line allowed, limit of six tickets maximum.

What with all the exquisite classic cars, dinner parties, vintage races, high-dollar auctions, champagne cocktails, and world-class golf, the Pebble Beach Weekend may have finally jumped the shark with its newest charity event, Dollars for Delages. ("Give what you can - it could save the owners of these Thirties classics from going without a set of matching vintage-leather luggage.")