Lincoln's LS and the Urge to Copycat 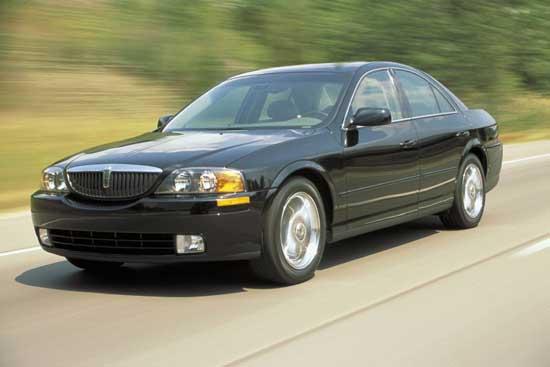 So the writing is on the wall for the Lincoln LS - no big surprise, given the car's sales have slumped like a Mars bar left on a car dash in summer heat. Ford told workers on Monday at the Wixom assembly plant that LS production is ending early next year, leaving the plant to build the Town Car and the Ford GT.

Now, while the end probably means the death of the Wixom plant and also, the death of rear-drive-only sports sedans at Lincoln, I'm hoping that it also means the end of the latest phase of me-tooism in Detroit. The odd notion circulated that, if we graft on another car company's enviable image, we'll prosper.

The LS, as good as it was, was a copycat. Nevermind the fact that the LS handled pretty well and had a real V-8 engine - its wanna-BMWness oozed from every conservative line. It sold something north of 50,000 units in 2000 with the help of heavy incentives - but did it convince anyone, after a huge investment, that Lincoln really was the domestic version of the German sports sedan?

I put the Pontiac Solstice in the same category. Exactly what about a four-cylinder, two-seat roadster screams Pontiac? It sounds more like a Miata, and it sounds like the pie-in-the-sky rebranding dreams of GM's current management.

I say let car brands be what they will be. Ford's had lots of success buying Volvo and letting it be Swedish. I bet they'll have more success by replacing the LS with a Volvo-derived sedan with an all-wheel-drive and a Yamaha-made V-8 drivetrain, so long as they dress it up in a sharply chiseled American profile. The best example of success in today's auto world is the Chrysler 300/Magnum because they look and sound like American cars.

Honesty - it's not just the best policy, it's damn good marketing too.