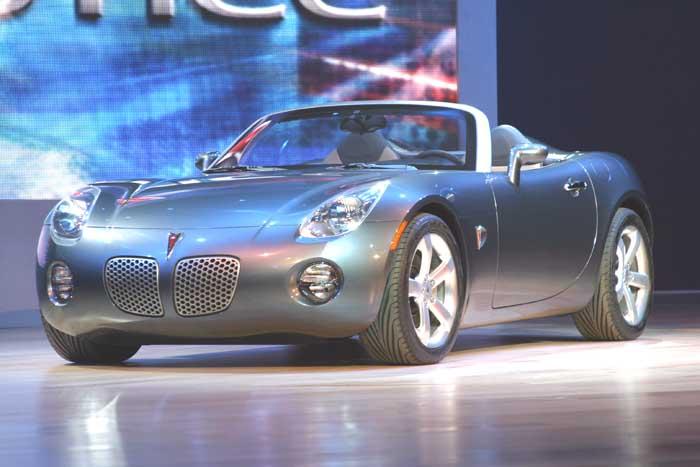 It turns out Pontiac's new roadster won't be delayed after all. But if you were hoping to drive home in a Solstice this summer and haven't already plunked down your deposit, you'll still be in for a long wait. 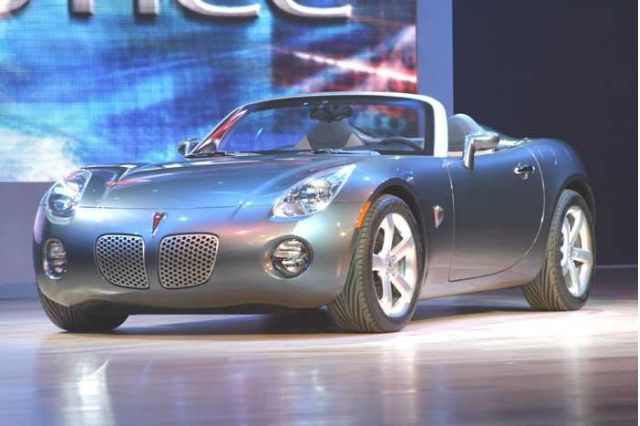 I just wrapped up a long and intriguing dinner discussion with John Larson, the new general manager for the newly combined Pontiac-Buick-GMC division. John's got a bunch of tough challenges ahead as he tries to reverse the fading fortunes of two of those three General Motors brands. But what was clearly more frustrating for Larson was having to get the word out that Solstice will indeed be ready for market well before the end of summer. Awhile back, reports surfaced suggesting the 2-seater might be delayed until late in the year, long after top-down season. The goal is to get a small number of cars into showrooms by the first week of August, steadily ramping up production until about 1500 cars a month pop out of the assembly plant in Wilmington, Delaware.

The first 1000 cars are already earmarked for the folks who ordered a Solstice in connection with Donald Trump's popular TV show, "The Apprentice." The entire allocation was accounted for within 41 minutes after the order bank was opened. And within a few weeks, dealers had taken deposits on a total of nearly 9000 of the roadsters. Considering Pontiac's recent struggles, that's a rare bit of good news. Now, at best, the GM division might get production up to 20,000 Solstices annually. That alone won't turn things around for Pontiac, but it could signal the beginning of a turnaround, insists Larson, who insists the automaker is at "the cusp" right now. 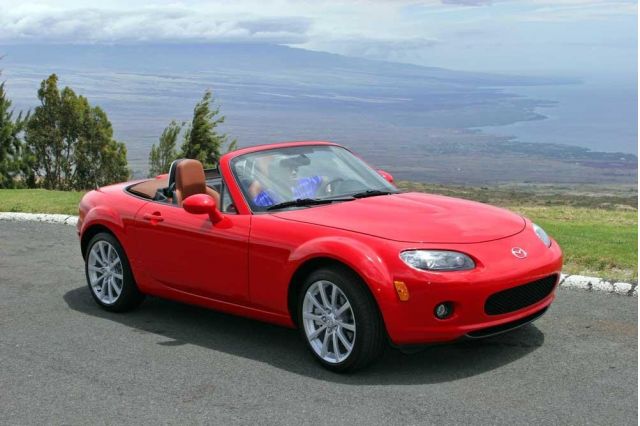 The timing of the new Solstice coincides with the arrival of an all-new, third-generation Miata, by the way. Mazda certainly needed the new car, considering it sold only 8600 of the old model last year. Can Pontiac pass the roadster segment leader? It won't be easy, but considering the orders in hand, it could be off to a good start.
Tags:
Industry
2022
The Car Connection
See the winners »
2022
The Car Connection
See The Winner and Nominees »

2023 Nissan Leaf costs $28,895, could still be cheaper than Chevy Bolt EV
Commenting is closed for this article
Contribute
Send us a tip Comment Contact the editor
Follow Us