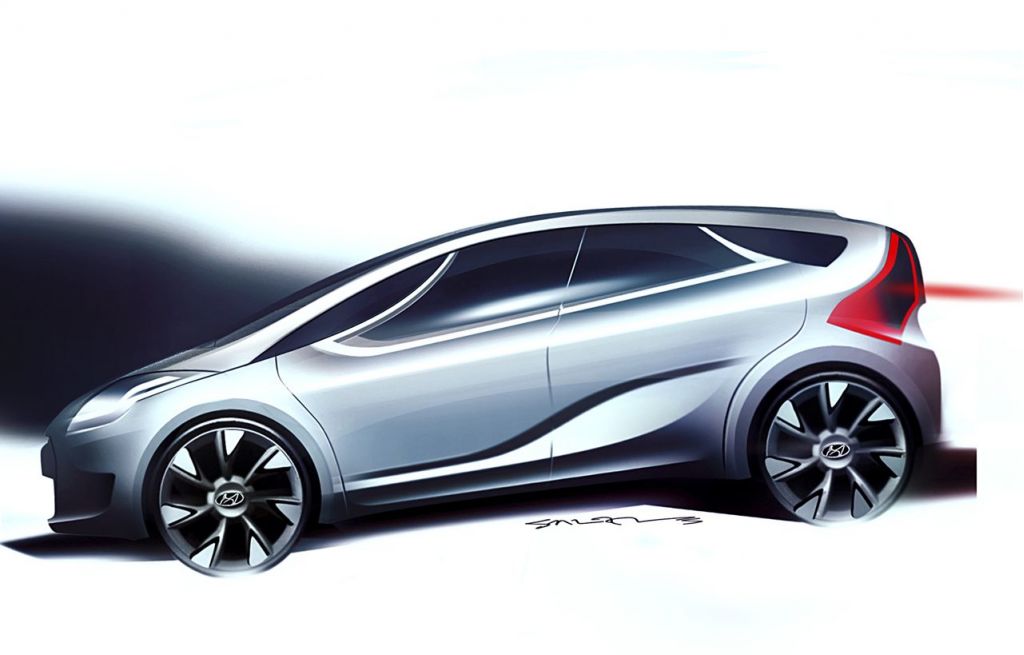 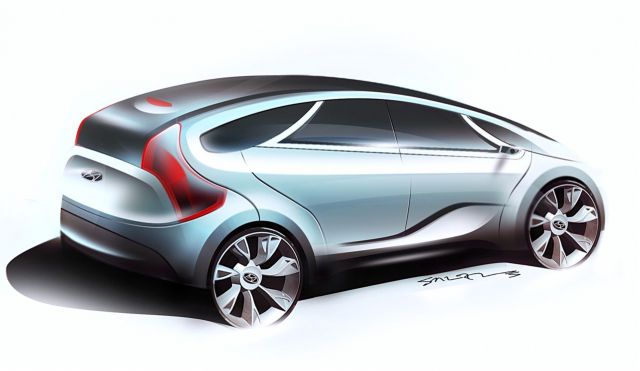 Hyundai will launch a new compact minivan in the near future, and the Korean firm’s Geneva Motor Show concept hints at the styling and functionality.

Bizarrely it has two names, either HED-5 — because it’s the fifth production the from Hyundai European Design center — or the i-mode.

The vehicle is powered by an all-new 2.2-liter twin-turbocharged diesel four-cylinder engine developing 215-hp. It’s mated to a six-speed automatic gearbox. Mass production of the unit — which Hyundai refers to as the R engine — is scheduled to begin with a single turbocharged version next year. The dual-stage version will arrive in the first half of 2011.

The car’s six-seat interior features an advanced cabin concept which could be included in the production version. It’s the work of engineering firm Keiper and is called Swivel Seat. The front passenger chair can rotate to face the second row occupants, while the second row bench slides rearwards to increase comfort and create a social area. The materials used and features have been developed in co-operation with partners including Recaro, Bayer, and LG.

Another innovation is the electrically opening side doors which come out parallel to the car, but they’re likely to be replaced for the road-going model.

Self-healing water-based bodywork finishes will feature on the final model, which allow very minor scratches to disappear by themselves over time.

There’s no date for the release of the production vehicle, which will replace the little-loved Matrix.Also on Hyundai’s stand were two concepts based around the i10 city car. Both badged as i-blue, each is capable of CO2 emissions of under 100 g/km. In one, an ISG start-stop system as part of the 1.1-liter gasoline engine creates 95 g/km performance.

In the other a smaller 800-cc unit running on compressed natural gas is linked to the same technoloy to offer just 65 g/km.