Each year the world’s car fans gather at convention centers around the world to ogle, ooh and ahh, and get generally titillated by auto shows. And while the circuit of shows used to be fairly geocentric, it’s totally gone global -- and this year’s internationally designated New York auto show is no exception.

The New York show will host the world debuts of nearly a dozen new vehicles, including the likes of the redesigned Acura TSX ; the new range of 50-state-legal Mercedes diesel SUVs; a couple of surprises from Pontiac; a new Nissan Maxima; and the V-6 versions of the Dodge Challenger coupe.

Aside from those major introductions to the press, the New York show will also host more than a million showgoes and gawkers, who will have their chance to see all the car brands on display at the Javits center, the pearl of the West Side Highway. While it opens to the media on Wednesday, the show swings open its doors to the public on Friday, March 21st and stays open through March 30th.

The New York show organizers promise--along with those intros from Nissan, Pontiac, Mercedes, Dodge and Acura--a total of about 1000 vehicles on the show floor, which spans about 850,000 square feet.

This week and next week, The Car Connection brings you our preview of the New York show. We'll update this as frequently as we receive new information. Come March 18th, we'll be bringing you all the news and pictures you could possibly want from New York, and potentially some that you don't want, if we happen to run into the Naked Cowboy. But enough of that dreaming--on with the show: 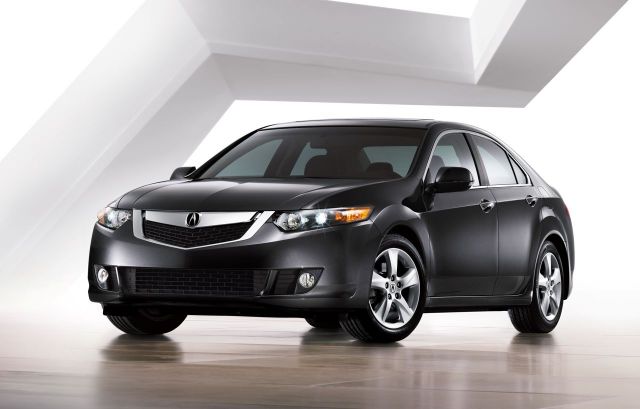 Among the new vehicles coming to the New York show will be the completely redesigned 2009 Acura TSX, which shares much of its running gear with the European Honda Accord. It’s still four-cylinder only, but the new Acura corporate grille is in full force here. Honda will also have the 2009 Fit on display, though U.S. specs haven’t been issued.

Nissan’s revamped Maxima will take its bow, too. And while information is slim, we expect it will remain powered by a V-6 engine--and that it will get a more upscale interior like its cousin the Nissan Altima. Two new versions of the Pontiac G8 will emerge at the show, one sharing a Corvette powertrain and the other, we understand, sporting a pickup bed.

Among coupes and roadsters, we expect to see the production version of the Hyundai Genesis coupe we showed you last year from the Los Angeles auto show. Porsche will display its Boxster RS 60 , a new limited-edition version of the popular convertible. And Internet rumors suggest a coupe version of the Pontiac Solstice is due in New York as well. 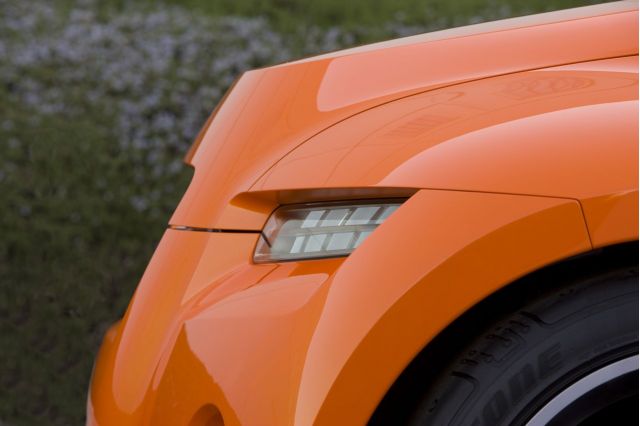 A few concept vehicles will take the stage at Javits convention center. The Kia Soul may actually show up in production form, since it was shown two weeks ago at the Geneva motor show as a trio of concepts.

One concept confirmed for New York is Scion Hako coupe , which could be an early look at the next tC.

Suzuki’s Kizashi 3 sedan concept will be on display. It’s expected to be powered by a bigger V-6 engine, and will lead to a production version that will be Suzuki’s biggest sedan yet.

We also hear rumblings that Nissan will display an electric-vehicle concept--and we’ve confirmed that Saab will bring over its Saab 9-X BioHybrid Concept that recently bowed at the Geneva show.

The Car Connection will be reporting from the New York show floor. You can bookmark this page, add us to your RSS feed, and bookmark our blog as well, where you’ll get more information on the World Car of the Year, the Saleen Raptor, and the annual New York taxi-design competition.

You can also bookmark our photo gallery page for high-resolution photos and wallpapers of the latest show cars, including the 2009 Mercedes-Benz SL63 AMG, 2009 Acura TSX, 2009 Nissan Maxima, Pontiac G8 and Dodge Challenger.