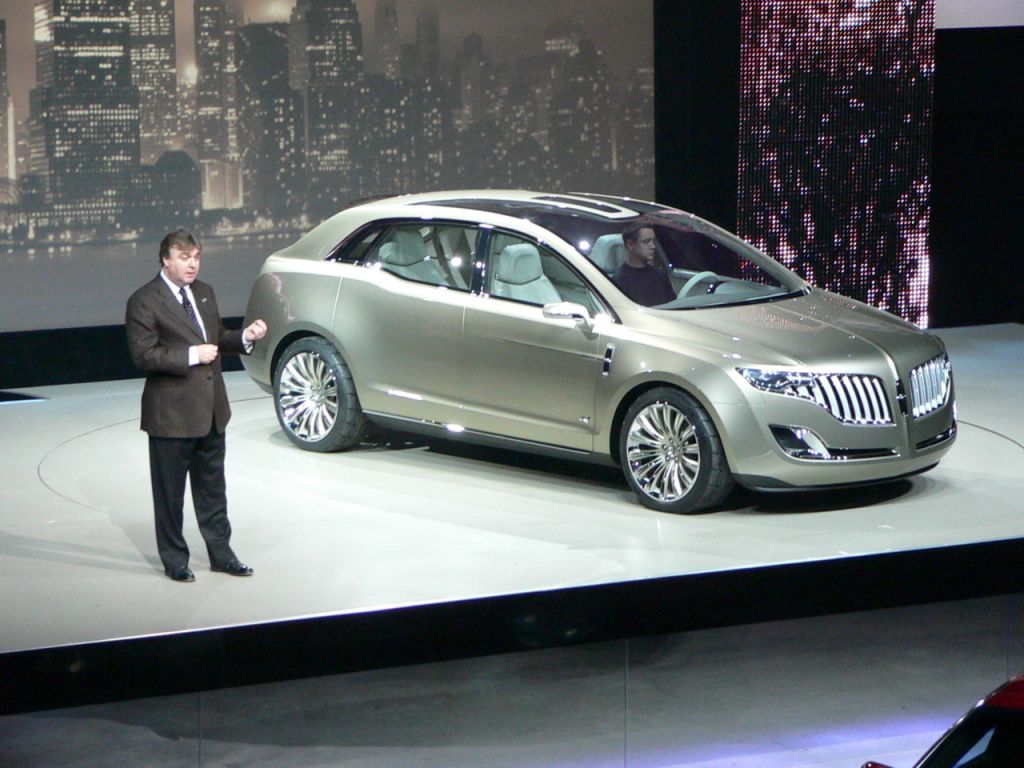 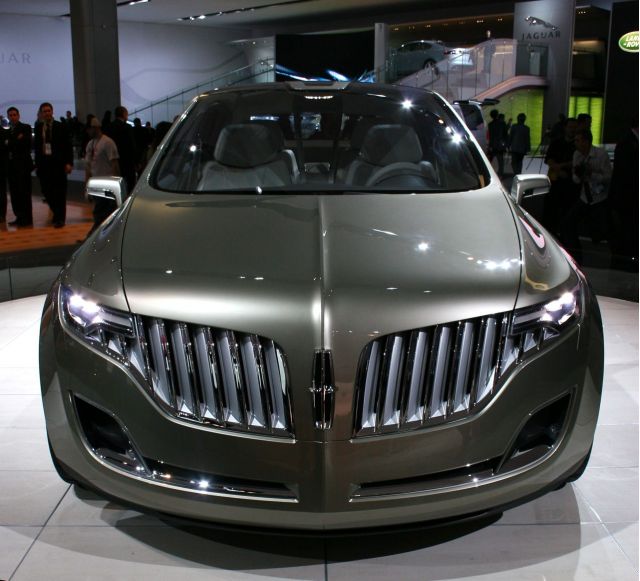 Best Concept: Lincoln MKT
This is a close one, but I am leaning heavily towards the Lincoln MKT, which shows that there’s still life left in the old brand. Finally, something that really breaks out in the increasingly crowded luxury segment. A close second, in my mind, was the Cadillac CT Coupe , which shows you can draw on your heritage without going retro.

Best Production Vehicle: Hyundai Genesis
I’m definitely going to take flak for this one, but I’m going to herald the Hyundai Genesis . Wait, you might say, didn’t your own preview suggest it looked a wee bit too much like a Mercedes-Benz knock-off? Yep, it still does, but it’s a real perception changer, suggesting that the Koreans are not only not content to stay where we were all ready to ghetto-ize them, but that they’re ready, willing and able to make a serious move on some of the world’s toughest competitors. Now let’s see whether the market will actually accept a Korean luxury car.

Most Shocking Moment: Longhorn Lovin’
Those frisky bulls wandering down Washington Blvd. doing what comes naturally – even if there weren’t any cows in the herd. The Dodge Ram press event also qualifies as the…

Most Predictable Moment: Rampede
What do you do, it seems, if you have a reputation for pulling off the biggest, most memorable moments, year after year, smashing Jeeps through Cobo’s plate glass windows, or launching minivans over the heads of its executives. Sooner or later, though, you run out of shtick. Maybe it was predictable that this year would be that moment. Oh, and second place to the Presidential candidates glad-handing their way through Cobo Center in their bid for votes in Tuesday’s primary.

2008 Prediction
Well, I could take the easy way out and predict that 2008 is the year of the Green Machine, but that’d be too easy. So let’s go out on a limb, here. This’ll be the year that Detroit shores up its share, reversing a decades-long downward spiral, with some of the most innovative products and effective marketing we’ve seen in years. I’ll also predict that at least one of the three senior managers at Chrysler won’t be around for the 2009 Detroit Auto Show, though Ford’s oft-maligned Mark Fields will return, next year, alongside marketing czar Jim Farley and CEO Alan Mulally. 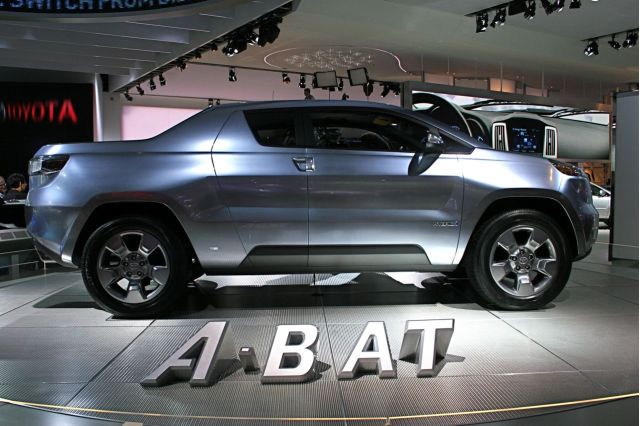 Best Concept: Toyota A-Bat
To me, this neglected product segment is a no-brainer — a little car-based pickup for either urban-dwellers or exurb-dwellers who have a long commute and can't afford the fuel bills of a gas-guzzling truck. For years shoppers have been frustrated with the lack of compact pickups or so-called pickup cars. All the formerly compact nameplates now seem just short of full-size, and there isn't a single vehicle on the market that offers pickup ability with truly high fuel economy, for people who want to occasionally haul but have nothing to tow. The A-Bat promises that, with a useful midgate configuration and a version of Toyota's Hybrid Synergy Drive and a four-cylinder engine. It has the frugality that made the Rabbit Pickup and the Subaru Brat stand out, without the design missteps of the Baja.

Best Production Vehicle: Ford Verve
The Verve sedan that Ford showed here isn't officially a production vehicle, but darned close to it and, officials confirmed, almost exactly how the 2010 model would appear. I'm going to let the name carry it here. I could definitely do without some of the details, like the three-bar grille and the chrome strip in back — both seemingly design afterthoughts — but the Verve has great proportions, a sporty stance, and more personality and presence than any American-bound small Ford.

Most Shocking Moment: A Car Event About Bikes?
Toyota president Watanabe, committing sacrilege in Detroit and using the M-word — that's mass transit — in his address about sustainability. Did we hear "bike paths," too? Our ears were still ringing.

Most Predictable Moment: Chrysler Execs Confident
Bob Nardelli once again asserting, in his opening address at the Dodge Ram reveal, that he has confidence in the automaker. Hello! He's at the helm.

2008 Prediction
A lot of heads are going to roll in the industry, as companies reconfigure their products in the pipeline and plan for tighter fuel economy rules. 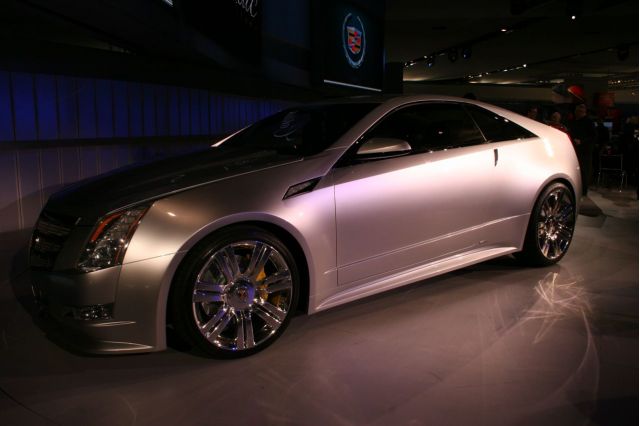 Best Concept: Cadillac CT Coupe
Unless you've been holed up since 2000, you've been witness to the rebirth of Cadillac. Back then the brand was written off for dead as its loyal but aged Fleetwood and DeVille buyers progressed toward rigor mortis. The 2003 launch of the first-generation CTS signaled the start of something important. This was the first Cadillac designed and engineered by a group directed to again make Cadillac The Standard of The World. Heady words, indeed, but with the release of the 2009 CTS-V and other extremely capable models, it's beginning to be believable. The CT Coupe Concept helps add more reason to believe that Cadillac's continued rebirth is not a fluke. The lines are true to the brand and exciting to the eye.

Best Production Vehicle: Ford F-150
This vehicle will make or break Ford. If it fails, the company will fail. If it is popular, the company has a bought itself a few more years. The highest-volume member of Ford's F-Series line has what it takes to compete with the GMT-900 trucks introduced late in 2006 and the new 2007 Toyota Tundra. Compared to the new 2009 Ram in terms of style, the F-150 reaches farther and sports considerably more refined detailing.

Most Shocking Moment: More Rampede-ing
When the steers got randy at the Ram debut .

Most Predictable Moment: The New Vehicle Niche!
Every damn time every manufacturer said that their new (insert name here) created a new category of vehicle. The worst offender was BMW with the X6. What the hell is a Sport Activity Coupe, and who cares?

2008 Prediction
GM will not lose sales leadership to Toyota. It’s still not clear how 2007 ended, but with GM's new products, I think they have a chance of taking it back. 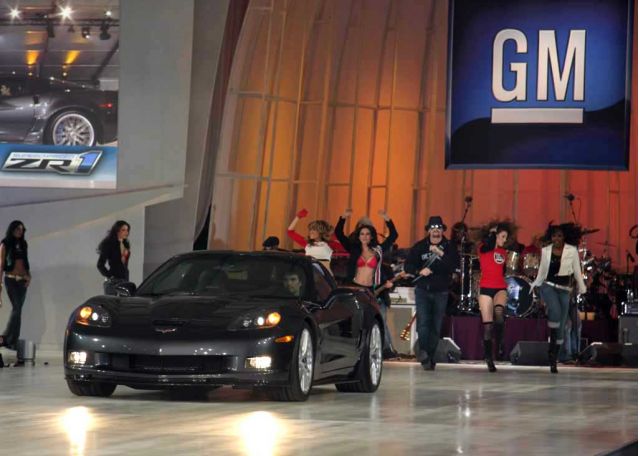 Best Concept: Lincoln MKT
Maybe it’s because of the plethora of details that draw on the Fords of the Sixties — check out the “thunderbird” taillamp and the chromed trim on the seats. But the Lincoln MKT proves that there’s new life in Lincoln yet to be discovered, with new vehicle types married to classic details. If it enters production — and our bet is emphatically yes — the MKT likely will get Ford’s 340-hp “EcoBoost” V-6, all-wheel drive, and a less radical rear end. As it is, it’s the best of a strong showing of Ford concepts including the Verve sedan and the Explorer America crossover.

Best Production Vehicle: Corvette ZR1
Uh...guys...are you forgetting the 620-horsepower Corvette over there?

Most Shocking Moment: Detroit Show Is Right-Sized
So I’m the only person who missed bull-on-bull action on Jefferson Avenue . To my great surprise, the shorter Detroit show seemed right-sized. With fewer global introductions and a few absent automakers (Porsche is one), the day and a half of media introductions didn’t feel overwhelming. The shock? My feet are still attached after hours of walking in dress shoes.

Most Predictable Moment: Cars We Totally Expected
Can’t decide, it’s either the introduction of the Toyota Venza or the Cadillac CT Coupe. One’s much prettier than the other, one’s more clearly destined for big sales numbers — and both, we could have told you a year ago they were in the planning stages.

2008 Prediction
I can’t say much more than, watch this space closely.