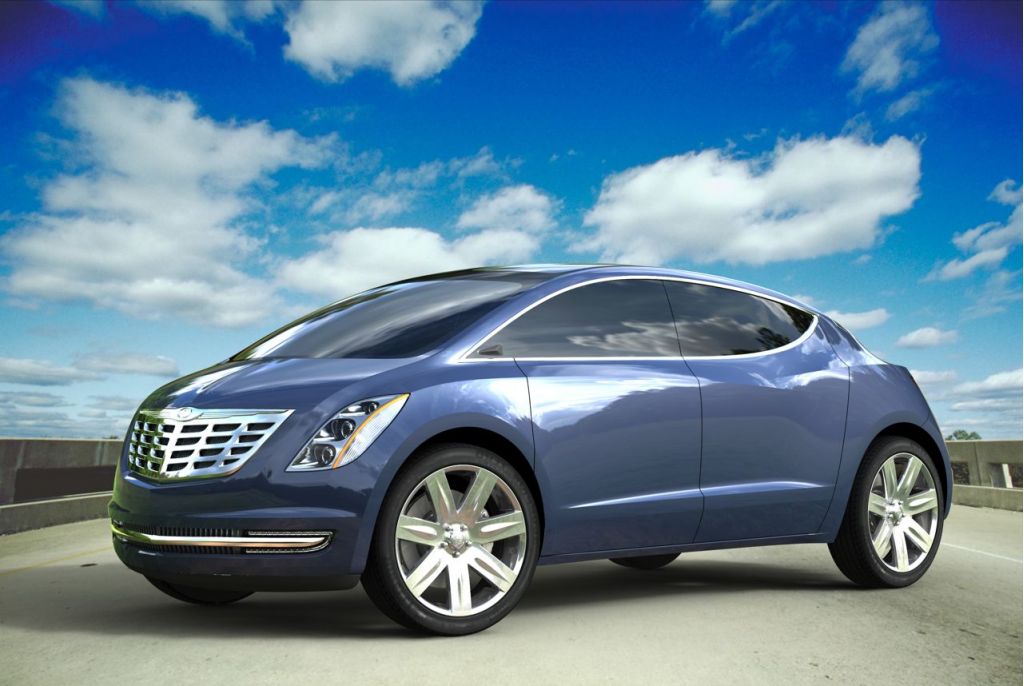 At the 2008 Detroit auto show, Chrysler rolled out three concepts, each pairing exciting design and glimpse-of-the-future features with environmental friendliness.

All three deliver power through an electric motor system and advanced, yet-to-be-developed lithium-ion battery pack, but each model has a different type of “range extender for the powertrain” — a gasoline or diesel engine that cycles on only when the battery has little charge remaining.

This modular electric/lithium-ion technology that all three employ is being developed by Chrysler’s new ENV1, an in-house organization at the company that’s focused around developing electric-drive vehicles and advanced-propulsion technologies.
The Chrysler ecoVoyager concept is a sleek, rounded one-box design — looking like a low-sling crossover vehicle — that’s said to celebrate the “romance of automobile travel embodied in a four-door, four-passenger distinctively American design.” Chrysler design chief Trevor Creed named elegance, simplicity, and serenity as design priorities. With an overall length of about 191 inches and width of 75.2 inches, its footprint is similar to that of a mid-size four-door sedan.

Without the powertrain occupying its traditional place in front, the Chrysler promises to be extremely roomy inside and “really makes the most of cab forward once again,” according to design chief Trevor Creed. The entire propulsion system in the ecoVoyager — a fuel-cell stack, electric motor system, and lithium-ion battery — are stored below the floor for maximum utility.

A 200 kW (268-hp) motor system would drive the wheels and power the ecoVoyager with enough gusto to reach 60 mph in 8.8 seconds and go on to a top speed of 115 mph. Regenerative braking would recapture energy lost in braking or decelerating, increasing efficiency. Range from the battery system would be about 40 miles, while total range of the hydrogen fuel cell system in combination would be about 300 miles.

Inside, the ecoVoyager has four bucket seats, with the location of everything rethought for ‘pampered’ passengers — with the rear seats especially roomy — and the instrument panel is of a very smooth, minimalist design, with only current information displayed and other controls normally hidden from view. The instrument panel is designed to be viewed over the steering-wheel rim rather than through it, and a “Direct Sound” feature inside allows personalized entertainment to be focused toward each occupant, without the use of headphones and without disturbing other occupants.