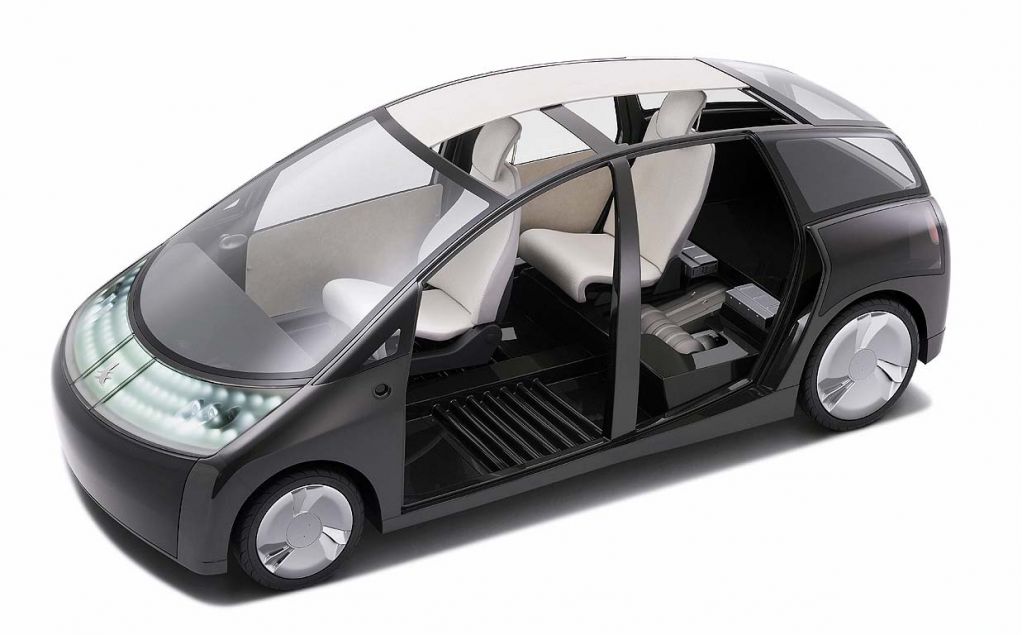 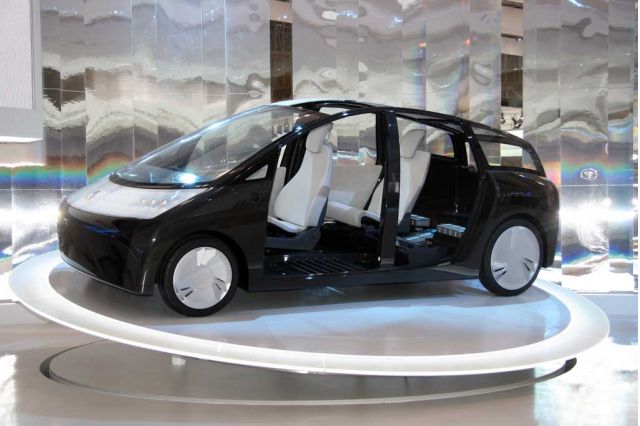 Toyota says the 1/X (say “one-Xth”) provides the same interior space of the Prius at only 926 pounds, or roughly one-third the weight of the world’s first mass production and best-selling hybrid vehicle. With the reduction in mass, only a 0.5-liter flex-fuel gasoline/ethanol engine is used instead of the current 1.5-liter, four-cylinder. The upshot is a claimed doubling to about 100 mpg of Prius fuel economy, currently rated at 46 mpg combined on the newly revised 2008 EPA ratings.

The Toyota Prius debuted at a decade ago. With more than one million hybrids now sold — 60 percent in the U.S. market — Toyota has clearly refuted the conventional notion that Japanese makers are mere copiers of others automotive designs. wants to expand its success. So the claimed 1/X improvements should be considered more than auto-show hype.

In order to accomplish the improvements, the packaging is clever, complicated, and expensive. The power unit is located beneath the rear seat for what is called a mid-ship, rear-wheel-drive configuration. The unit-body is made of carbon fiber reinforced plastic that is light yet strong enough to provide occupant crash protection.

The 1/X also differs from the Prius in that it’s a plug-in hybrid, PHEV, allowing the battery pack to be recharged by plugging it into a recharging station. The prototype PHEV system works the same as the Prius, switching from electric motor only mode, to gas-engine only, to a combined gas-electric operation. A regenerative braking system helps keep the battery charged.

The alleged advantage is that the PHEV's prototype battery pack is capable of storing higher levels of electricity, supplied by "plugging into the grid" for recharging. Since the 1/X has significantly more electric power in reserve, the vehicle is capable of operating in pure-electric mode for longer periods of time and at much higher speeds than the current Prius.

says that there are substantial gains in fuel economy and a major reduction in total tailpipe emissions of smog-forming gases and CO2, compared to its current system.