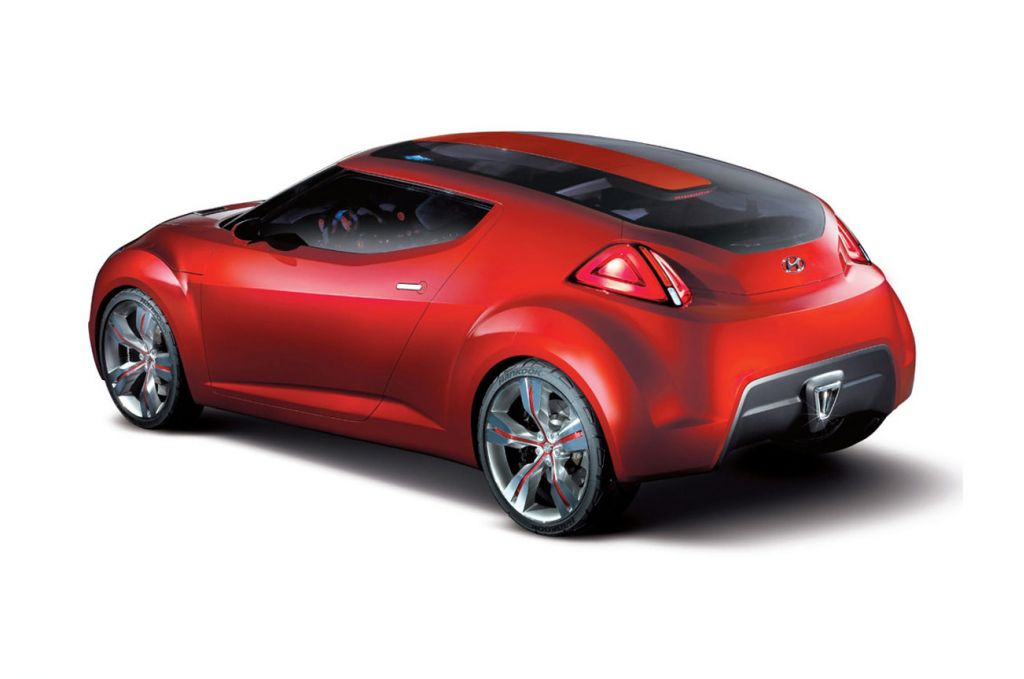 The Hyundai Veloster is one of the Frankfurt Motor Show’s more striking concept cars. But according to the company it’s not as outlandish as you might think and is a real production possibility.

A spokesman for the firm explained: “The Hyundai Tiburon will be replaced next year with a new larger model, currently known by its development codename BK. It’s mainly for the market and will be powered by a V-6 engine.”

Designed to go head to head with the likes of Nissan’s 350Z and with a convertible version is a distinct possibility, it’s still be evaluated about whether the car would come to Europe.

But with most of the current Tiburons sold in being the 2.0-liter four-cylinder model rather than the 2.7-liter V-6, the company is using the Veloster as a way of sounding out the idea of a smaller two-seater to sit below the new Tiburon.

The Veloster name is a combination of the words velocity and roadster. The car is designed to appeal buyers in their twenties.

Hyundai Reaches with i30cw by Bengt Halvorson (9/12/2007)
Automaker reaches up with its next compact wagon.