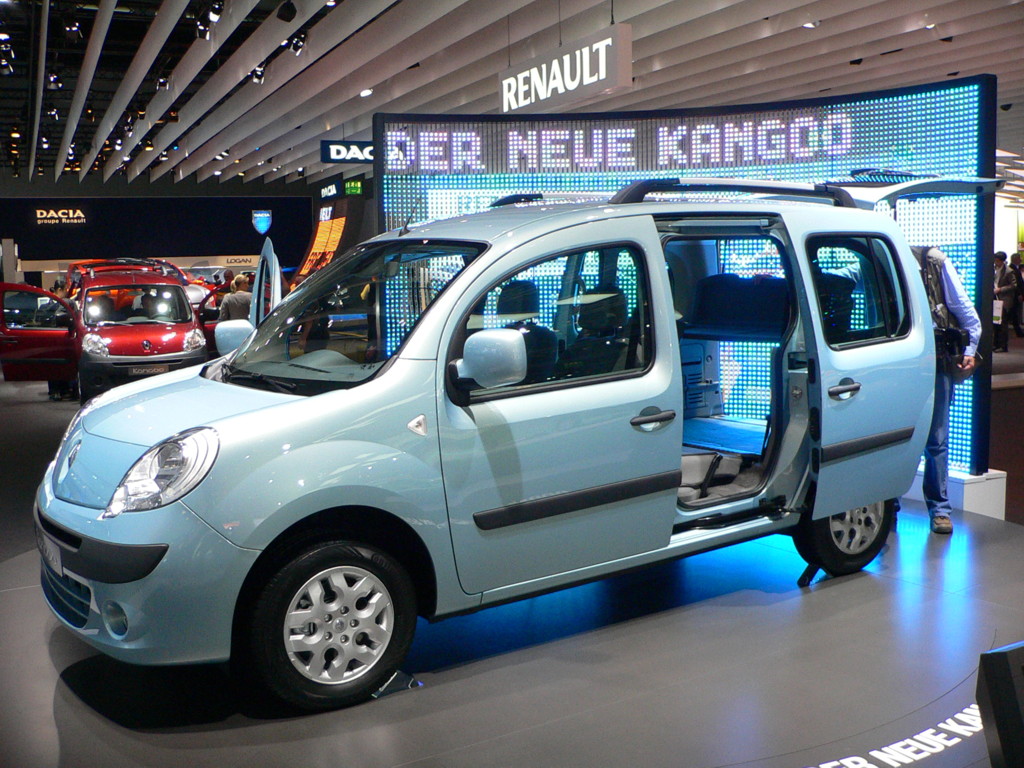 is always a big motor show for French firm Renault, but that doesn’t mean its hiding its light under a bushel on alternate years at . The company’s 2007 stand is the biggest it’s ever had, and with five new products it needed to be.

First up is the Laguna hatchback and wagon, as driven recently by TheCarConnection.com. Second is the Laguna Coupe concept. The show car is a thinly disguised production version, with company insiders who have seen the road-ready machine calling this first glimpse 80-90 percent there. Not surprisingly, the dramatic scissor doors will be dropped in favour of something more traditional, but the front end – which is straight off the Laguna – and the rear treatment are as they will be.

The Laguna Coupe will go on sale at the end of next year, around the same time as the all-new Kangoo. Its predecessor was a quirky family car originally based on a compact commercial vehicle, but which has proved surprisingly popular with retail customers because of its spacious interior and practical load area.

The five-door vehicle has sliding rear ones for improved access, and is now developed off the same platform as the Scenic compact minivan.

But it wasn’t the only Kangoo on the Renault stand. The Kangoo Compact is a vibrant orange 4x4 crossover SUV prototype developed in conjunction with inline skating firm Rollerblade. Far from being a wacky show car, its role at is to showcase a three-door Kangoo that will go into production, probably in 2009.

The 4x4 technology won’t make it – the final version will be front-wheel drive – and it won’t be an SUV either. But Renault clearly believes it has found a niche within the niche filled by the original Kangoo. Ironically, the Kangoo Compact will eventually spawn a van version of its own.

Finally, Renault revealed the Clio Sport Tourer, a compact wagon version of the popular supermini. Set to rival the likes of the Skoda Fabia Estate – also unveiled at – customers will pay an extra 800 pounds ($1600) for the privilege of extra cargo space.