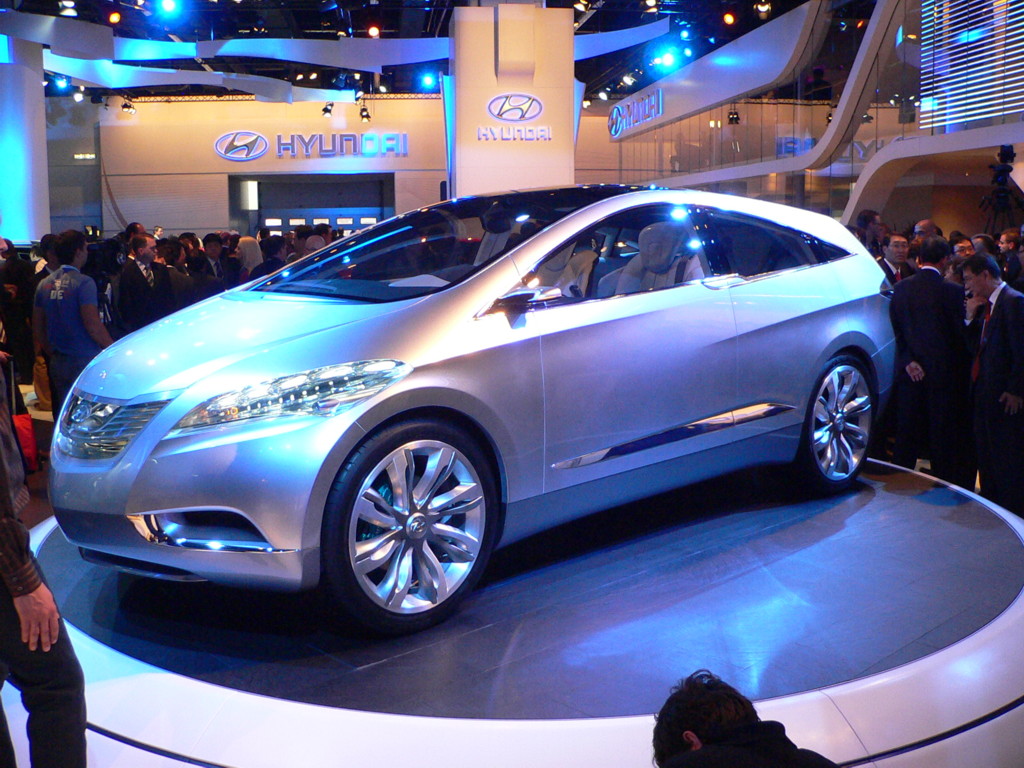 As far as we know, Hyundai doesn't have a deal with Apple, but the automaker's latest concept from the show sounds very user-friendly, even if it's hydrogen-powered.

The i-Blue concept was conceived at Hyundai's Design and in and is claimed to be the automaker's first vehicle designed from the ground up to incorporate fuel-cell technology. The engineering team targeted the comfort, range, convenience, and safety of an internal combustion vehicle.

On board, there's the third generation of Hyundai's fuel-cell technology, developed at the company's Eco-Technology Research Institute in .

The rather large, chunky vehicle looks as much a crossover vehicle as a coupe-like four-door, with an aggressive, arched roofline and 2+2 seating. The very high beltline and small side-window openings make a strong design statement, but to be pragmatic they might prove difficult in real-world parking or lane-changes.

There are no plans to produce the i-Blue, though Hyundai says that it is seeking to make fuel-cell vehicles a reality in the next decade and it says the i-Blue “...signifies a major step towards the commercialization of Hyundai fuel cell vehicles.”

Hyundai Reaches with i30cw by Bengt Halvorson (9/12/2007)
Automaker reaches up with its next compact wagon.