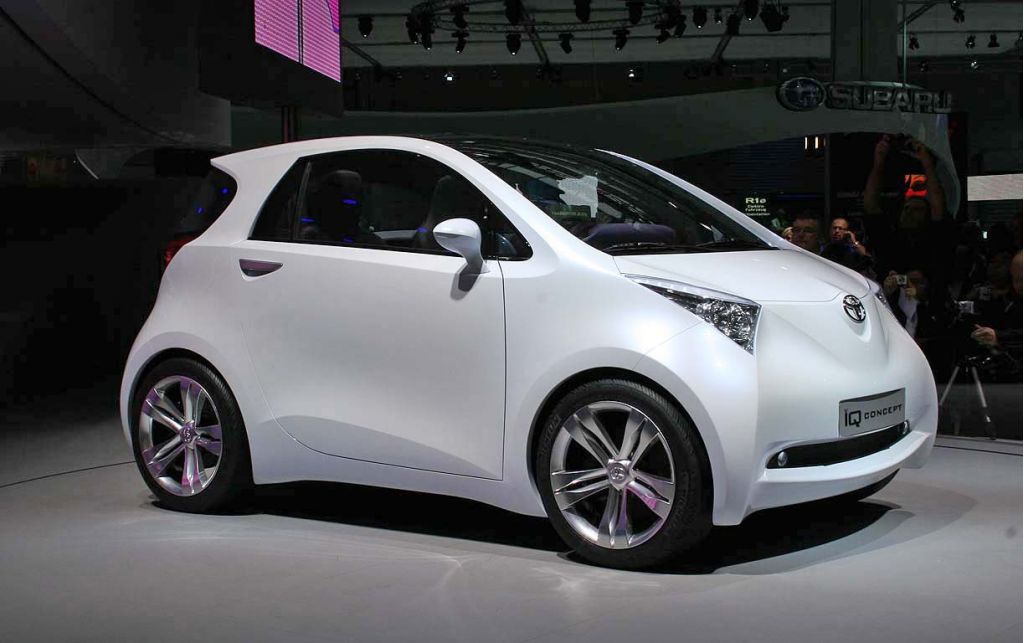 While Daimler continues to plug money into the never-profitable smart project, its very dogged determination has attracted at least two wannabes to the auto show this year: Volkswagen’s UP! Concept is one, and ’s IQ city car is the other.

The concept, the company says, represents a “paradigm shift in small car design.” Possibly, the IQ isn’t that ingenious — after all, its four-seat body and ultra-petite dimensions are more follower than trailblazer. But ’s done a nifty thing with the IQ — it’s made the proportions work better than those on smart’s two-seater fortwo. Designed in the south of , the IQ has a modish shape that sports very short overhangs and a cab-forward stance, even though it wears 17-inch tires.

The IQ sits just 117.3 inches long, while the two-passenger smart is just under 100 inches long. Those extra inches give the IQ enough to seat three passengers plus an occasional fourth. It’s as wide as a Yaris, which means elbow room shouldn’t be at too high a premium.

There’s also room inside for a far more stylish interior than the fortwo can manage; a swooping slash delineates the center console area. compares it to a manta ray, and to geometry puzzles, what with the circles that dot the console and the slashing lines that define the front and rear lamps. A three-dimensional display projects the gauges and readouts for speed, engine speed, and fuel, while the audio and navigation controls are on the steering wheel.

Production ready? Probably not, but this concept does show that ’s thinking about an even smaller car than the Yaris, or the European Aygo.