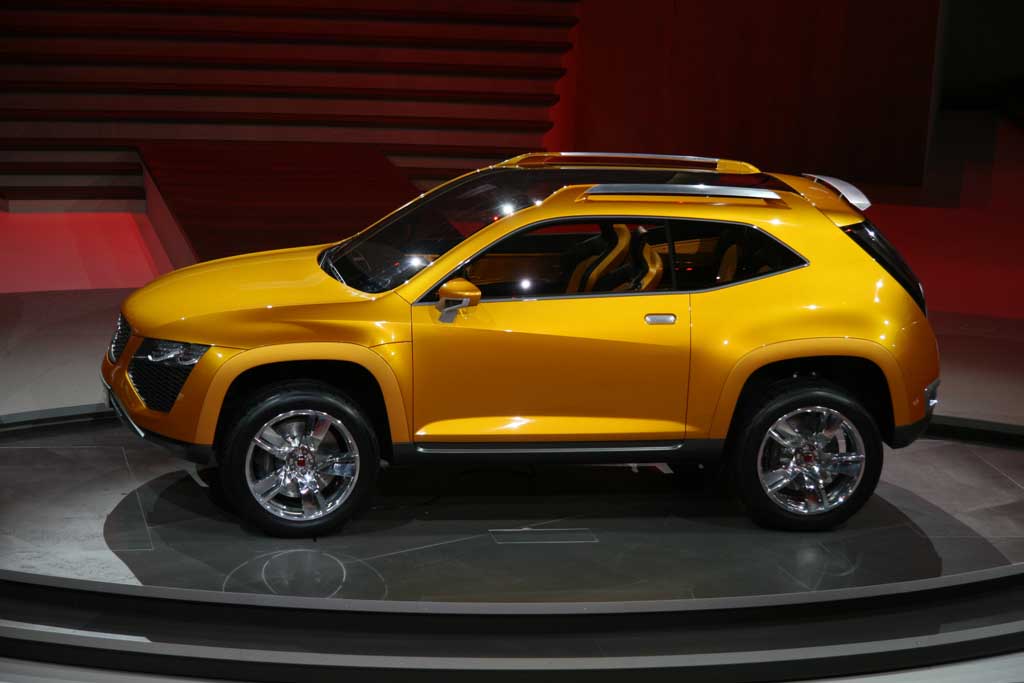 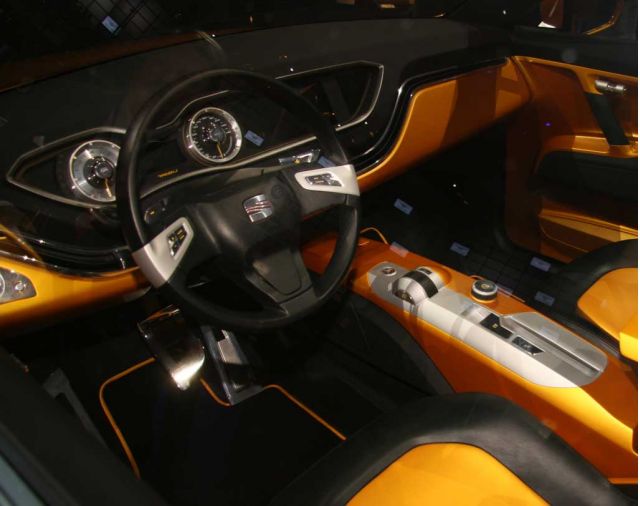 It may look like a typo, but Seat’s Tribu show car is spelled correctly. It’s Spanish for “tribe,” we’re told, or, if you prefer, “heritage,” and if one reads between the lines, it seems all but certain this crossover/SUV is on tap to join the Volkswagen division’s lineup in the very near future.

Unless we’re totally jet-lagged, the Tribu we saw unveiled at a pre-Frankfurt Motor Show gala shares a lot of the underpinnings of VW’s own upcoming small SUV, the Tiguan. (It appears to be a bit smaller than the Volkswagen version.) With its massive front air intakes and angular glass and body panels, this is certainly not the dowdy Seat of old, with the aggressive look of the latest Nike hip-hop sneaker. Even the tailgate on this three-door is decidedly distinctive. It’s all-glass, with integrated rear lamps.

Company officials were tight with the specifics, but we’re told the Tribu is driven by a modest four-cylinder engine, mated to a sequential-manual gearbox that in turn is linked to all four wheels.

“With this car, we plan to enter new segments of the market,” declared Seat CEO Erich Schmidt.