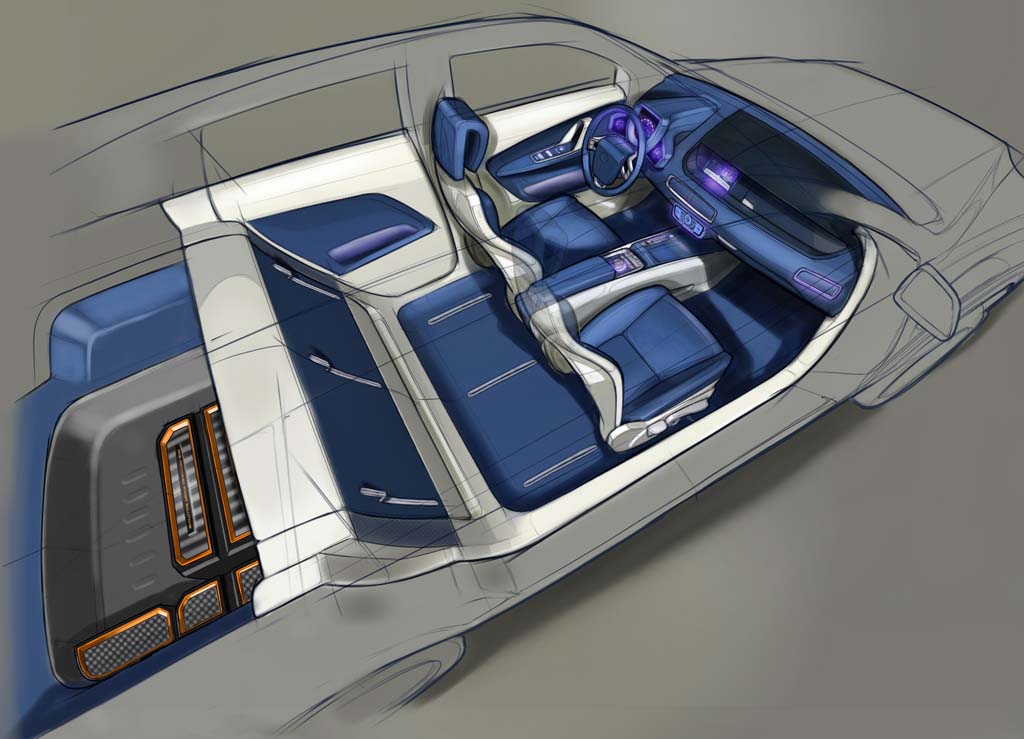 Automotive interior design company Johnson Controls will have a new concept car at the Frankfurt Motor Show, and has released a single sketch of how it’s going to look.

The firm says the as-yet-unnamed prototype is about innovative use of space, characterized by the rear passenger seats which remain hidden unless they are needed. They fold out from the rear bulkhead at the push of a button, an action created by what the JC is calling a “mechatronic release mechanism” rather than electric motors.

The legroom for back seat occupants is maximized by the use of JC’s Slim Seat in the front, which features an ultra-thin upright support section but is just as safe and comfortable as a conventional chair.

The concept also features JC’s take on optimizing the interface between man and machine, plus technical solutions including voice control for linking mobile devices to the vehicle.

Ford Kuga Coming to Frankfurt by Richard Yarrow (7/19/2007)
Crossover for only at this stage.