Rinspeed Dubs Up the 911 Turbo 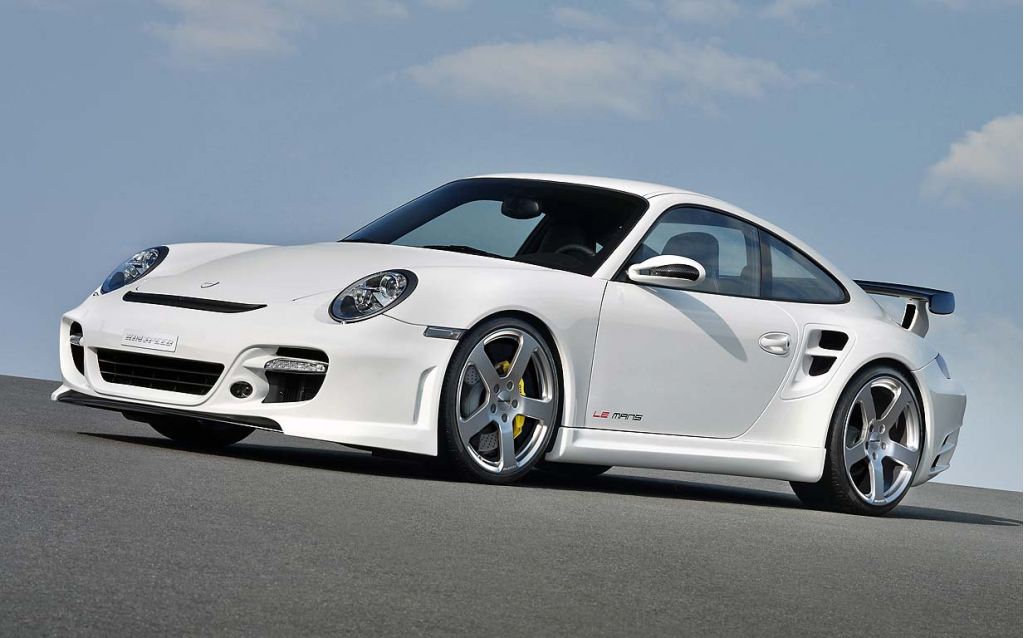 The next Geneva Motor Show is the better part of a year away, yet there’s a new model from Swiss tuner Rinspeed. This one’s fairly sensible though – an exclusive accessories program called for the Porsche 997 Turbo.

The front skirt with integrated carbon splitters produces greater aerodynamic downforce on the front axle, which the company claims produces better road handling. A new design at the rear is said to do the same there, plus there’s new side skirts and larger air intakes to improve cooling of the radiators and brakes. Daytime running lights make the Rinspeed Porsche stand out from other 911s, and there are carbon covers for the rearview mirrors and a new rear wing.

For the first time Rinspeed has revamped engine output. Power from the 3.6-liter rear-mounted unit has been raised to 600 bhp at 6700 rpm, while torque is up to 590 pound-feet at 4000 rpm. The engine conversion includes two special VTG turbochargers, a new carbon air intake ram-air system with sport air filters, and improved intercoolers, as well as a high performance exhaust system with metal catalytic converters.

The modifications mean the car can now hit 62 mph in 3.3 seconds, Rinspeed claims.