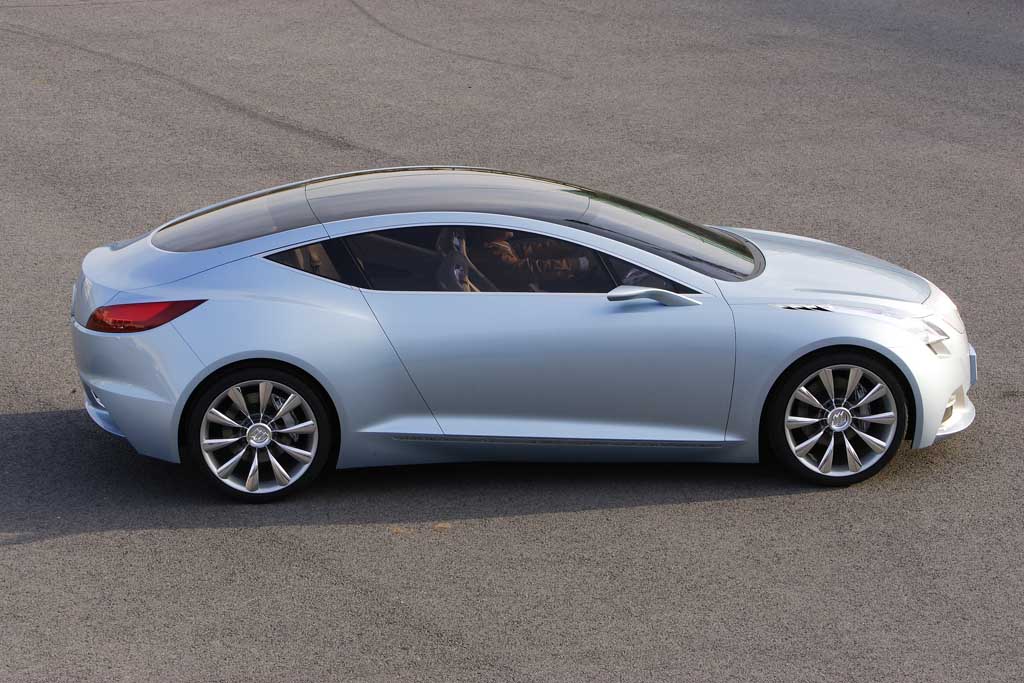 “Our goal isn’t to survive another ten years and keep winnowing down,” General Motors Chairman Rick Wagoner told TheCarConnection.com at an appearance at the Shanghai Motor Show, on Friday.

The CEO of the world’s largest automaker said his top priority remains fixing GM’s troubled North American core, reversing steady declines in sales, market share, and profits that have indeed forced the company to steadily whittle back both aspirations and production capacity.

But following the preview of a new Chinese concept car, the Buick Riviera, Wagoner also made it clear that growth outside is critical to maintaining GM’s narrowing sales lead in the competitive auto industry and its long-term viability. The question is whether GM’s own Chinese ally may be gearing up to take on the giant maker.

“We’re not going to sacrifice tomorrow for today,” Wagoner said, during an interview with TheCarConnection.com and several other reporters.

The is a prime example of GM’s changing global face. The name is clearly familiar to American motorists because, from 1973 through 1999, the automaker’s Buick division sold more than a million of them. But the fell victim to declining demand and was abandoned along with an assortment of other Buick models.

Recognizing GM can no longer support so many independent marques, the company has been consolidating some weaker brands into new distribution groups. In the case of Buick, it is being paired with the equally-troubled Pontiac and the stronger, truck-focused GMC division. By reducing duplication of products, Buick now has only three models in the , and likely wouldn’t go over four, Wagoner explained.

It’s a very different story in , however. Due to an accident of history – former Communist leader Chou-en Lai was a fancier of classic Buicks – the brand got an early start once began opening up and modernizing its auto industry. Today, Buick is the country’s number-one brand, with a rapidly expanding lineup. In fact, more of the brand’s products were sold in the Asian nation, last year, than in the

That doesn’t mean Buick will fade away in the States, Wagoner asserted, adding that, “Doing well in has actually enhanced the viability of Buick in the ” Meanwhile, GM sources told TheCarConnection that the automaker is going to watch closely the public reaction to the concept. A strong response could see a version of the edgy show car land a spot in the product lineup on both sides of the Pacific.

Wagoner acknowledged that GM was, to some degree, lucky landing a joint venture, a decade ago with Shanghai Automotive Industry Corp., or SAIC, with which it today produces a variety of brands and models in China. The successful partnership helped GM rack up sales of 289,000 vehicles in during the first quarter of 2007. That compares with 900,000 in the , and makes the emerging nation GM’s second-largest global market.

“By the day it’s more important” to GM, said Wagoner.

The executive said that even as ’s automotive market grows, he expects to see a further consolidation of its homegrown manufacturers – if for no other reason than government policy.

“That sounds pretty good to me, and we’d like to participate,” said Wagoner. In 2002, the government nudged GM and SAIC into taking over a struggling player based in the southern city of , called Wuling. Today, the partnership, called SGMW, is the biggest producer of microvans in . MORE—

But GM isn’t the only one with big ambitions. Indeed, at this year’s Shanghai Motor Show, SAIC made some big news of its own. The Chinese company opened the event’s day-long press preview with the debut of its Roewe W2 Concept. Also on display was an updated version of the Rover 75, designs of which SAIC acquired in 2005 from the bankrupt British carmaker. The next stand over featured new products from Ssangyong, a South Korean marque that SAIC also acquired out of bankruptcy.

According to SAIC Chairman Hu Maoyan, the Shanghai-based firm is intent on becoming a significant player in the booming Chinese market on its own, as well as in partnership with Western firms like Volkswagen and General Motors.

For his part, GM’s Wagoner insisted he is not worried about this strange bedfellows relationship. The joint-venture partnership with SAIC, he asserted, “has paid off for us very well,” and even with SAIC fielding its own fleet of products, GM sees little but upside potential. With its share now over ten percent in , analysts are wondering how much more the automaker can gain. Wagoner said he doesn’t see any reason why GM couldn’t push well into the teens.

Such growth in , as well as a new push into , could prove critical to General Motors at both the practical and psychological level. Many analysts believe the maker will soon be knocked from its throne as global-king-of-the-hill by which recently posted production forecasts that could push past GM by 2008 or ’09. But the boom in those two markets – where is still a minor player – could keep GM dominant worldwide.

If there are any serious issues that concern GM about , it’s the controversy over intellectual property rights. A prime example is the Chevrolet Spark, a minicar sold through the SGMW dealer network. It has been cloned by the native Chinese maker, Chery, which by marketing its own QQ about 25 percent below the cost of the Spark, sells four times as many vehicles.

Wagoner said that before coming to , he’d met with government leaders in – officials now facing a challenge by the government over their failure to protect intellectual property rights, or IPR.

“I suspect, over time, (the issue) is going to diminish,” suggested Wagoner. “As more (intellectual property) is created in , our interests will align.”