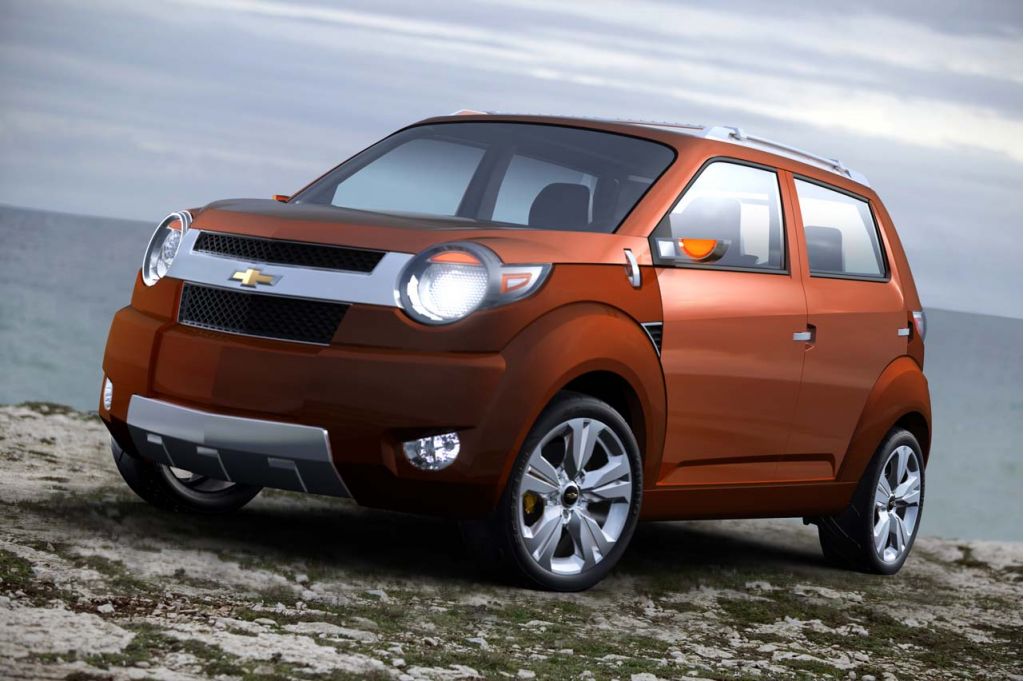 “Bigger is better,” or so went the traditional American mantra. Big houses, big meals and, of course, big cars, whether the finned Caddies of the 1960s, or today’s full-sized pickups and SUVs. But something seems to be changing. Maybe it’s a generational thing, or perhaps the result of global warming, but suddenly, “small is beautiful.”

Small cars are “the fastest-growing segment of the automotive market,” notes Dave Lyons, who heads Asian design operations for General Motors. On a global scale, minicars now account for about five percent of total sales, but by some estimates, Lyons notes, that could triple over the next decade.

Demand for pint-sized products, such as the British-made Mini, DaimlerChrysler’s 8-foot-long Smart and GM’s little Park, has been strongest in emerging markets, like China, where buyers can’t afford much more, but it is growing in more established markets, including Western Europe, where buyers face a dearth of parking, as well as skyrocketing fuel prices.

Even in the U.S. , there’s been a growing interest in the smallest products in the automotive spectrum, like the Mini, and the Smart will make its long-anticipated debut here in early 2008. So it’s no surprise that General Motors has chosen to unveil three promising minicar concepts at this year’s New York International Auto Show, prototypes primarily developed at the former Daewoo operations, in Inchon, South Korea , but with the assistance of GM designers and engineers from around the world.

“Typically, we don’t have this size vehicle in the U.S. ,” acknowledged Courtney Moody, a marketing executive with Chevrolet. “But with gas prices where they are, we thought it was important to explore” the opportunities.

For the moment, the Chevrolet Trax, Beat, and Groove are nothing but concepts. But during an hour-long background session with TheCarConnection.com, Lyons and other GM insiders made it clear that at least one – and perhaps all three – of these show cars will find a way into the global Chevrolet product portfolio in the not-too-distant future – perhaps for the U.S.

“The three are all very different, but all very appropriate for Chevrolet,” said Lyons. 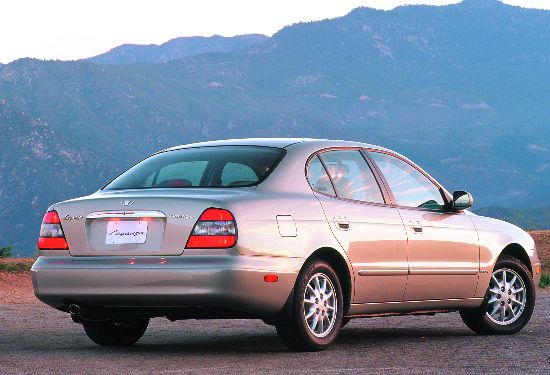 All three are a size class below the smallest car Chevy currently sells in the U.S. , the Aveo. Similar in size to the Chinese-made Spark, the Trax, Beat, and Groove may look distinctly different, but they share a common “architecture,” GM’s new minicar platform. It’s an example of the flexible sort of product the automaker has been struggling to develop. For one thing, that means it can serve a variety of distinctive body styles. It can also meet all global government regulations, including the often-conflicting crash standards found in the U.S., Europe, and Japan.

That’s perhaps the most critical breakthrough of all. In years past, manufacturers like GM would have to engineer separate products for each region. That added up to billions extra in development costs and raised production costs, as well.

Trimming costs is critical, and not just for shareholders. While there are certainly some markets where buyers are willing to accept the most stripped-down econoboxes, small no longer equates with cheap. As the Mini has demonstrated in the U.S. , many buyers are willing to pay a premium for well-equipped small cars.

So, with Trax, Beat, and Groove, GM has tried to deliver designs that are attractive, unexpectedly up-market and surprisingly roomy. In fact, their passenger compartments are, collectively, nearly as big as the larger Chevy Aveo.

“The interior was a huge area of priority for us,” stressed Moody. That meant the use of refined and sometimes unusual materials, such as the webbed fabric found in high-end office chairs, such as the popular Aeron. Each of the three show cars boasts plenty of pockets for “stuff,” added Moody, as a well as a “lot of connectivity,” including satellite radio and iPod plugs.

With Trax, the Korean development team tried see “how far could we go towards a soft-roader,” suggested Lyons . You might also see a bit of micro-minivan in the design, though there’s a lot more style to the side panels than the typical, slab-sided people-mover, notably the flared wheel wells, which give Trax a more muscular stance.

The oversized headlights and large, chromed crossbar grille are designed to say, “Chevrolet.” But there are some unusual design elements that should make Trax a standout. While the hood, roof and doors are traditional steel, painted in a glossy, sunrise orange, most of the other body panels, including the lower front fascia and front fenders, are made of plastic, and they’ve got a more satin-like finish with molded-in color.

GM is one of many automakers looking at alternatives to the traditional, high-gloss paint job. Chrysler made use of similar technology with the Dodge Demon concept revealed at the Geneva Motor Show, in March.

Another notable feature is Trax’ dual powertrain. Primarily a front-driver, the primary powerplant is a 1.0-liter gasoline engine, which we’re betting would push fuel economy up and well over the 40 mpg range. But Trax also relies on a small electric-drive system, this battery and motor combo hooked up to the rear wheels to create what GM engineers have dubbed an ELSD system, short for electronic limited-slip differential. This is not, they underscore, a hybrid.

“Traction is the intent here,” said Moody, “rather than fuel economy.”

The most sporty of the three minicar concepts, Beat is conceived to use a turbocharged, three-cylinder, 1.0-liter engine. “It’s less about fuel economy and more about performance,” said Lyons.

With its fast windshield and nose-down styling, Beat’s overall look is van-like, though as with Trax, the Inchon team worked hard to avoid that slab-sided feel. A five-door hatchback, it would likely fit very readily into today’s European market, Lyons suggested.

A 1912 Franklin, one of the Northeast museum’s classics on display

Of the three show cars, Beat is the only “runner,” with a fully functioning powertrain and interior. And that cabin is definitely not the sort you’d find in a traditional econobox. The dash is covered in a hand-stitched, multi-color cloth, and the seats use an Aeron-like mesh that promises to be both comfortable and thin. That would permit more knee room for backseat passengers.

Of the three show cars, we have a sense that Groove may be the most blessed. Lyons admits it’s the one he can most easily see on the streets of Los Angeles. Think of it as a sort of factory-ready hotrod, “where you buy a car that’s already got a customized look,” asserted Lyons.

The five-seat Groove features a low, chopped roof, a short hood, and a windshield that’s the most upright of the trio. And the overall boxy look is likely to bring to mind the likes of a Mini or a Scion xB. For his part, Lyons preferred to make the comparison to the retro-tinged Chevrolet HHR, but with “a more modern scale, modern proportions.”

As with Trax, Chevy designers decided to play with a non-traditional paint, with Groove turning to a very coarse metallic flake that give a semi-gloss appearance they call Lunar Quartz. “It’s a whole new avenue for color exploration,” said Chris Webb, who is a trend spotted for GM North America. Among other things, he noted, Chevy is exploring the idea of two-tone paint jobs for a vehicle like Groove.

As displayed, the front-wheel-drive Groove would be driven by a super-high-mileage, 1.0-liter diesel engine.

Will we see Trax, Beat, or Groove on the road any time soon? Define “soon,” the GM executives cautioned, but Lyons acknowledged that it is “not unreasonable” to imagine at least one of these and “probably more than one” would be in production in the next year or two. Whether they’ll make it to the States is less certain, but with gas prices again topping $3 a gallon, the opportunities in the minicar segment are growing exponentially.