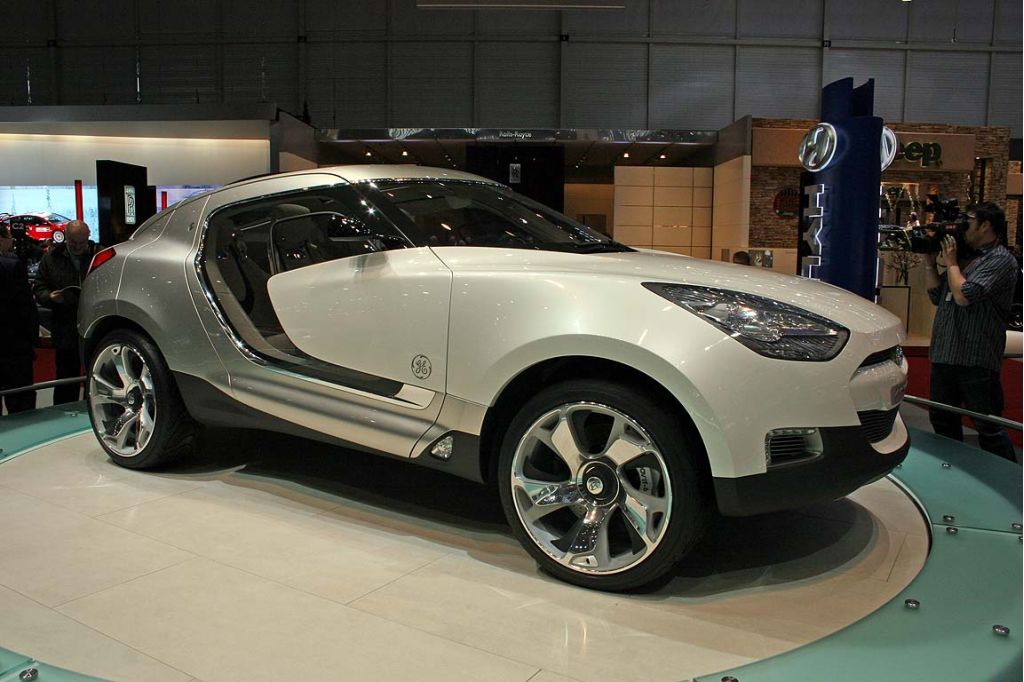 Hyundai’s concept was the QarmaQ, a 2+2 crossover SUV, and it features more than 30 different environmental technologies that could appear on future production models.

The plastic body has been developed in conjunction with GE Plastics and has produced a vehicle that’s 50-percent lighter than a typical vehicle of its size.

Chief among the innovations is the Elastic Front safety system, claimed to be the world’s first pedestrian protection system on a vehicle of this type. Three energy absorbing structures are fully integrated into the design, and the company says the set-up is currently undergoing final evaluation with a few to becoming a production reality.

The QarmaQ also has C-shaped windows that dip down below the waist of the car to allow greater low-down visibility, as in a helicopter.

The name is an Inuit word for a home built from earth, whalebone, and animal skins.

Hyundai i30, Crossover Coming to Geneva by Richard Yarrow (2/23/2007)
New vehicles will show off ’s green side.

Review update: 2021 Lincoln Nautilus crossover SUV comes around to luxury
Commenting is closed for this article
Contribute
Send us a tip Comment Contact the editor
Follow Us