Nissan Takes to the X-Trail 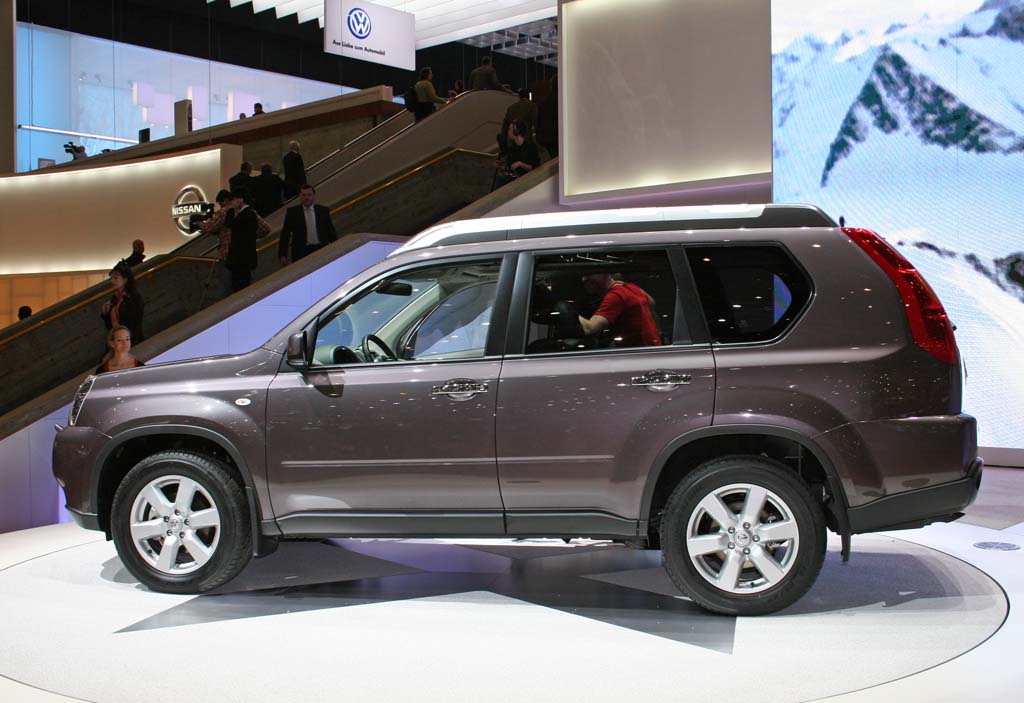 At the 2007 Geneva Motor Show, Nissan unveiled its new X-Trail, the SUV that has been on the European market since 2001. When Nissan launched the first X-Trail, it thought it might be lucky to sell 23,000 units a year. They were mistaken, and sales were over year.

With the new X-Trail, Nissan has concentrated on a design that is not overly aggressive, and has upgraded the car’s fit and finish. The instrument panel has moved from the center of the dash to a more logical position, right in front of the driver.

The X-Trail has a three-mode drivetrain: 2WD, automatic 4WD, and permanent 4WD are available on demand at the push of a button. Power is supplied by 2.0-liter and 2.3-liter gas engines, and for 2007, a new 2.0-liter turbodiesel four with a particulate filter.

Renault/Nissan On Chrysler: No, Thanks by Marty Padgett (2/21/2007)
Company has its hands full resurrecting sales.