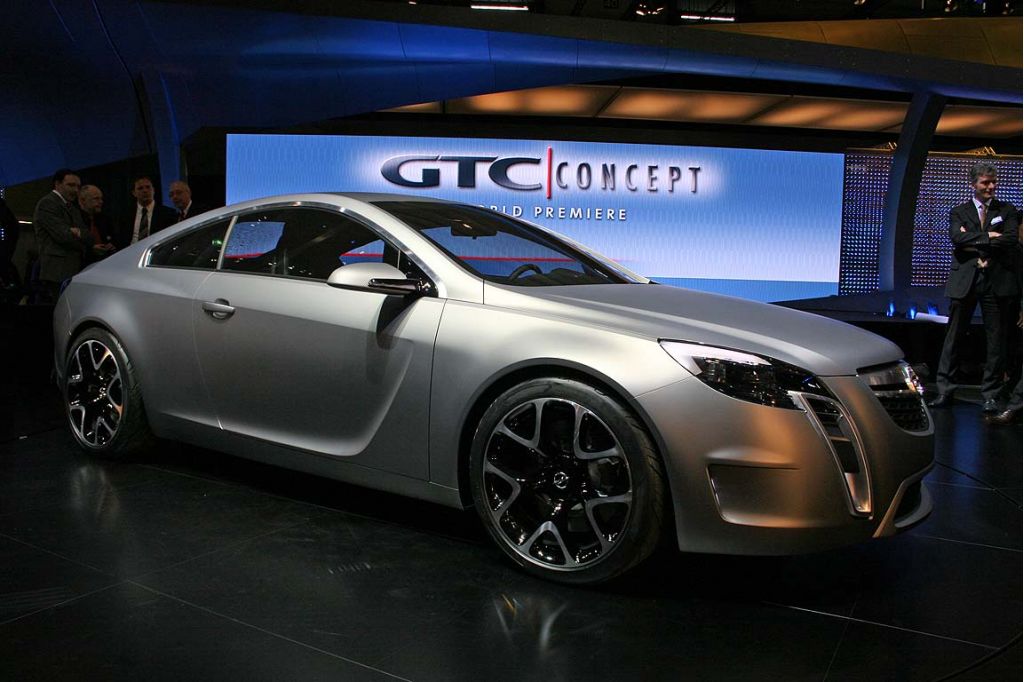 Opel’s new GTC Concept isn’t the only “gran turismo” to be found at the 77th Geneva Motor Show. And like the Maserati version parked close by, the Opel concept’s dramatic looks drew deep crowds and approving glances.

The styling themes of the concept, promised Alain Visser, Opel’s European director of marketing, would be reflected in future vehicles. “Its exciting lines…reflect what the Opel brand trademark characteristics will be in the future.” The progress has worked its way down to the GTC’s badge – it’s embossed with the Opel name in an updated logo.

Designed under the tutelage of Bryan Nesbitt, GM Europe’s new executive design chief, the GTC is a four-seat coupe with a unique “Flex4” seating system that flips the backs of the rear seats against those of the front seats by electronic remote, creating a  two- or three-seat vehicle with a big cargo bin, Opel says.

The GTC is powered by a turbocharged 2.8-liter V-6 engine with 300 horsepower. A 60-mph run takes about six seconds, and top speed should hover around 150 mph. Electronically controlled four-wheel drive is designed into the concept, for traction and agility, Opel says, and has been programmed and weighted so that it gives the feeling of a rear-drive sports coupe.

Some of the Opel’s styling cues are borrowed from recent brand efforts like the Antara SUV, which turned into the Saturn Vue. The GTC Concept’s big 20-inch wheels and tires give the concept some street credibility, and LED lamps underscore its futuristic details – and its aero-cool drag coefficient of 0.25.

Cockpit trim works aluminum-look trim alongside glossy piano black pieces. A navigation system can rotate for better driver view. And instruments and gauges are lit in red at night.

2021 Mitsubishi Outlander plug-in hybrid gets more power, same $37,490 price
Commenting is closed for this article
Contribute
Send us a tip Comment Contact the editor
Follow Us