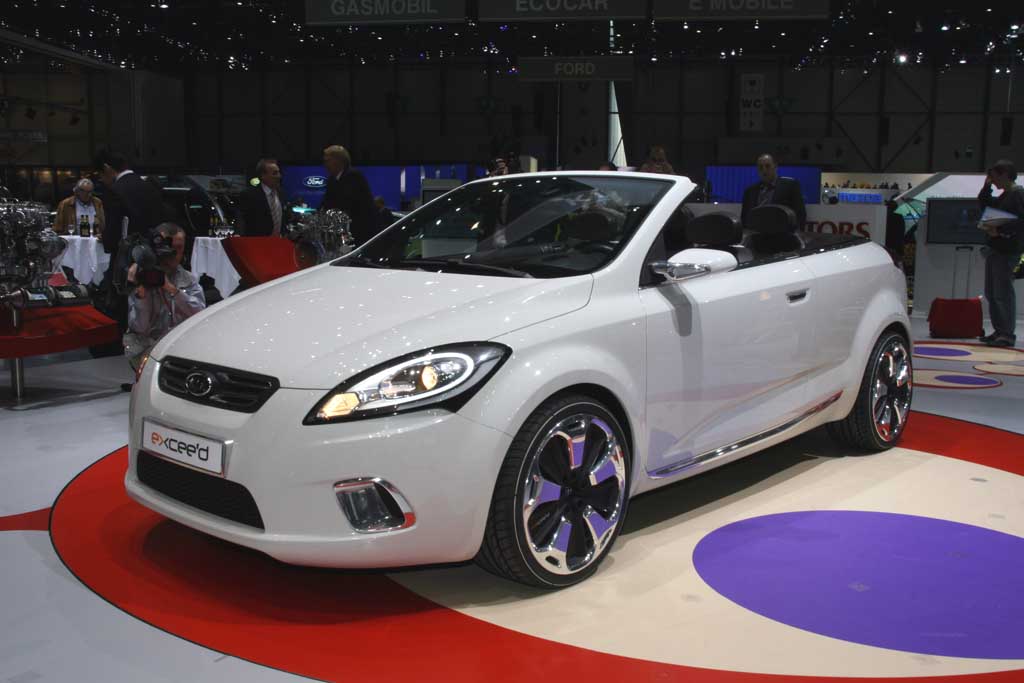 Rumors of Kia’s first convertible have being circulating for years, and here’s the proof there’s no smoke without fire. The Korean firm has taken the wraps of the ex_cee’d concept at the Geneva Motor Show. It’s the first vehicle to be styled under the guidance of Peter Schreyer, the design boss who recently defected from Volkswagen.

The car is based on the three-door Cee’d hatchback, due to go into production at the end of the year. The five-door variant has just been launched in and a station wagon is expected in the summer. The cabrio will arrive in 2008.

Schreyer has opted for a canvas hood rather than a folding metal hardtop, and explained he had a special reason for that. “I’m convinced the fabric roof will have a renaissance. We’ve all lived with the romantic idea of open-air driving for a long time and for me, it’s the quintessential element of a truly rewarding cabrio.”

Riding on 19-inch alloys, the ex_cee’d is finished in “meringue white” with a ‘bitter chocolate’ top. The two colors are repeated in the leather interior. 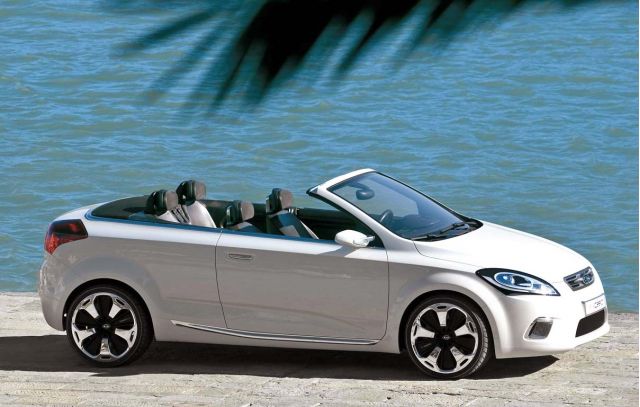