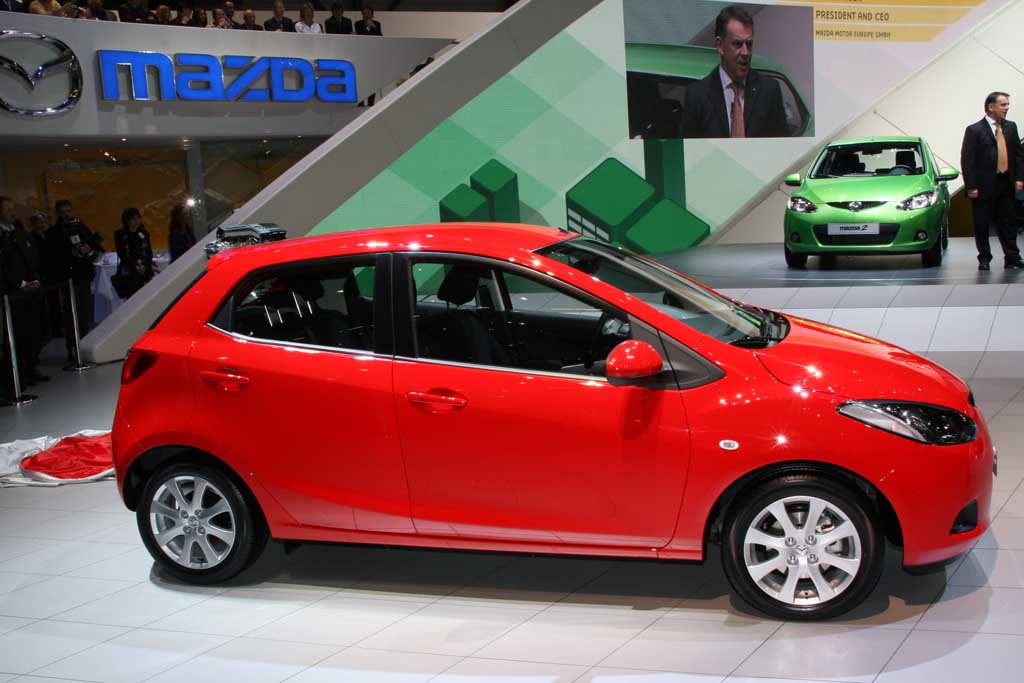 The first product in the second phase of “zoom zoom “ – that’s how Mazda was describing its all-new B-segment supermini, the 2. And in a move that’s contrary to what many rivals are doing, it’s actually smaller than the outgoing model by almost two inches.

Based on a completely new platform, the engineers have worked hard to improve its CO2 emissions as well. But they’ve not done it the traditional way by tweaking the engine. Instead they’ve made it 220 pounds lighter, which has led to 15-percent better fuel economy.

The new 2 will be launched with three gasoline engines; a 1.3-liter is standard and a 1.5-liter is available. A 1.4-liter diesel will arrive a few months after launch.

Mazda has said it’s unlikely the car will be sold in North America, but Ford plans on selling a car in this niche in the