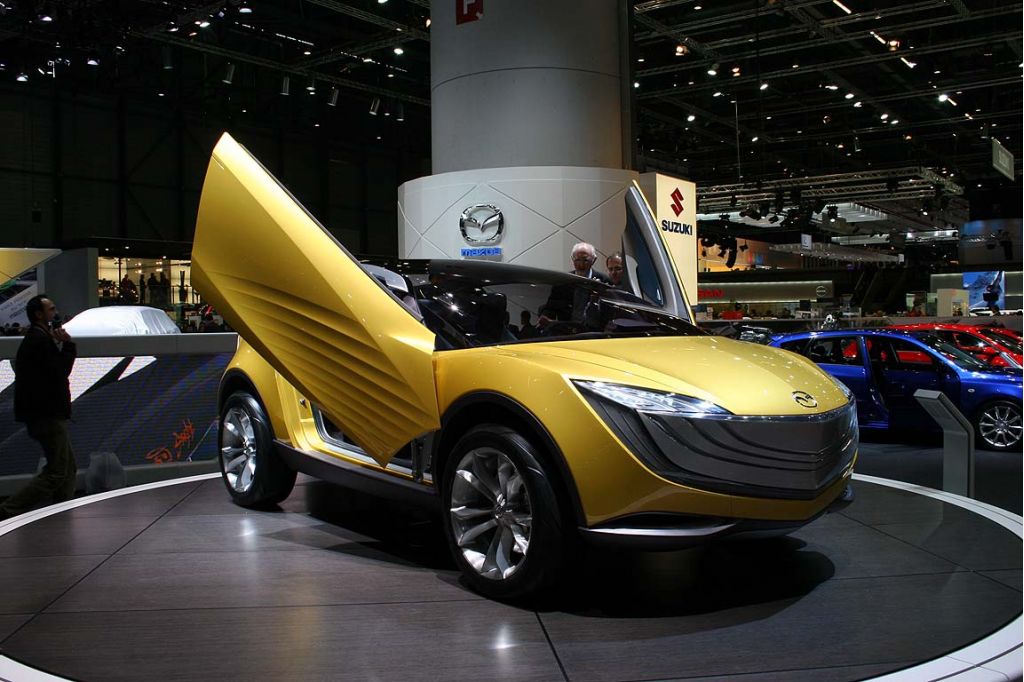 The third in a string of “nagare” design studies from Mazda has had its premiere at the show.

The new Hakaze concept, Mazda says, is a four-seat compact crossover. Designed at the company’s European design center, the concept is aimed at middle-agers with active lifestyles.

Mazda’s “nagare” design language has begotten two other concepts, the Nagare from last year’s auto show, and the Ryuga, still fresh in our minds from the show. Lest you think they’re all starting to blend together, Mazda points out that the Hakaze “seems to be effortlessly cutting through the air.”

The Hakaze sports a removable roof for a roadster feel, and sliding rear seats that allow for an expanded cargo area.

The new compact crossover concept blends elements of the coupe and SUV. Similar in size to the Mazda3 hatchback, it’s the third of four styling studies penned to show the direction plans to take with its next-generation models. The rear two-thirds of the glass roof can be removed in parts and stored in a slide-out compartment in the back bumper. Lowered, the four frameless windows convert the concept into a roadster.