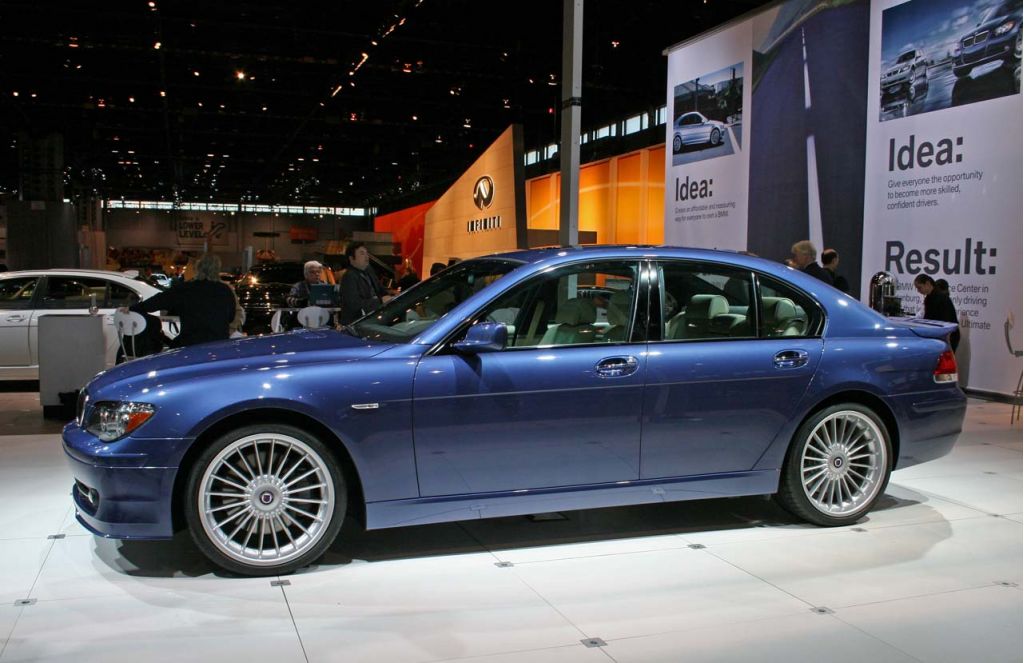 A new Alpina B7 edition has bowed at the Chicago auto show.

BMW’s newest addition to its range-topping sedan lineup gets a 500-horsepower version of the 4.4-liter V-8 found in the current 7-Series. Tuned by Alpina, the motor makes 516 pound-feet of torque and pushes the am grosstens BMW to 60 mph in 4.8 seconds, BMW says. A six-speed automatic with paddle shifters controls the power.

Along with the uprated engine, the Alpina edition gets 21-inch wheels, Active Roll Stabilization, and a body kit with a rear spoiler that BMW claims will help high-speed stability.