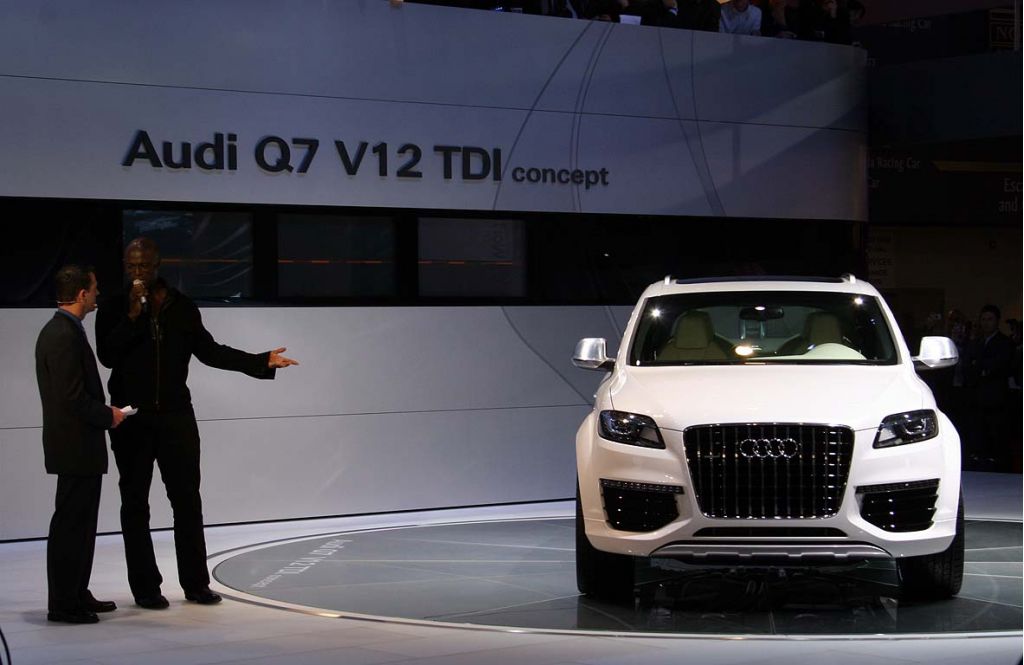 From also-ran to one of the globe’s largest luxury brands, Audi is looking for more gains, said the German maker’s new CEO, Rupert Stadler. And that will revolve around another big increase in the Volkswagen AG subsidiary’s product line-up. Expect to see Audi’s model range grow from 22 vehicles – including mainline models, such as the A4, and variants, like the high-performance RS4 – to 40 over the next five years.

Among the new products on tap: the new A5 coupe, which Stadler described as “an absolutely new segment for Audi.” The two-door is set to debut at the Geneva Motor Show, in March. Several other product variants were uncovered at the auto show, including a new diesel-powered Q7 crossover vehicle. And Audi displayed a concept Q7 with a prototype V-12 turbodiesel which, if sources prove accurate, will also join the lineup.

While Audi is now posting sales in Europe on par with its archrivals, Mercedes-Benz and BMW, it hasn’t come close to those and other top luxury marques in the Though sales in the States rose a healthy 8.5 percent, to a record 90,116 last year, that’s still little more than a third the volume of the North American leaders – Mercedes and ’s luxury arm, Lexus.

On the other hand, Audi posted a 39-percent gain in in 2006, with volume surging to 80,808, which means demand in the booming Asian market could soon make the marque’s top export market. “Nobody would have expected (it),” acknowledged Ralph Weyler, Audi’s board member in charge of sales and marketing. Until recently, was barely on the corporate radar screen, but it is now a market where Audi is paying plenty of attention.

“What happens in is not part of the daily list of things I concern myself with,” asserted Johan de Nysschen, head of Audi of America. The South African-born executive nonetheless conceded that “I can be sure our shareholders would like us to do better.” But de Nysschen said raw sales growth is not his primary driver. Audi of America will not play in the big-dollar incentive game, he insisted, emphasizing “the quality of our market,” rather than its size. That translates into higher transaction prices and bigger profits per vehicle.