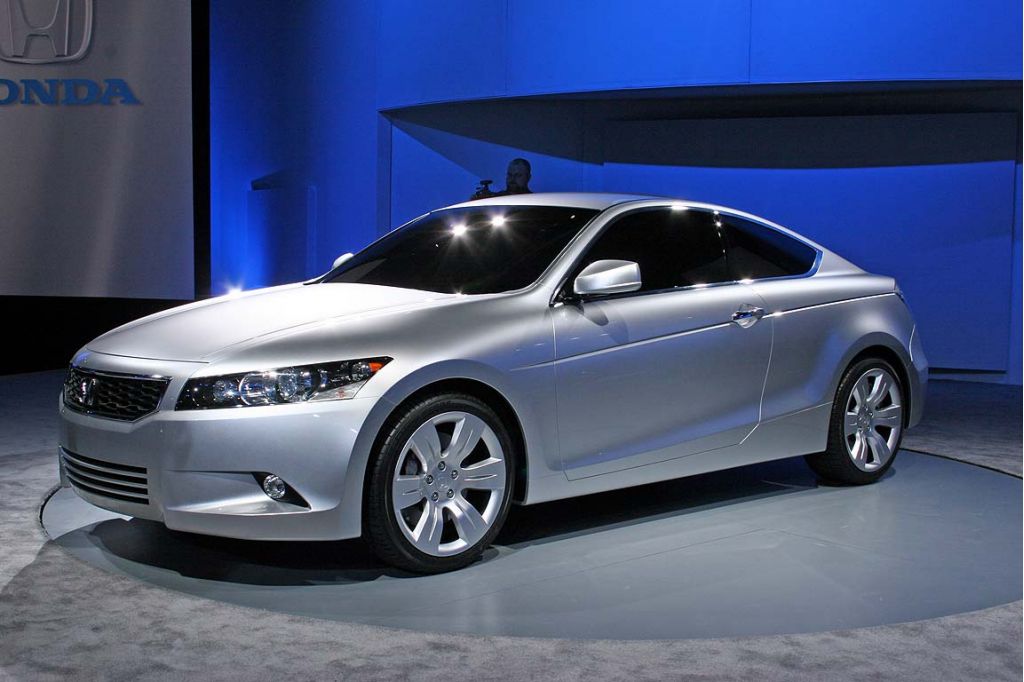 On the Honda stage, American Honda senior VP John Mendel brought out a concept that previews the exterior design for the next-generation Accord Coupe, set to debut this next fall for the 2008 model year.

The Concept shows a more aggressive stance, with the rather long hood, new ‘six-sided’ grille, and ‘fastback’ roofline. Recessed, projector-beam headlamps and a more upright fascia bring the front end a completely new and different appearance, while quad exhaust outlets accent the back end.

Mendel said that, while some brands are getting out of the coupe market, market research shows that the mid-size coupe segment will grow again, by 34 percent overall between now and 2011. Furthermore, 39 percent of Accord Coupe buyers are under 30 years old, emphasizing the model's importance in bringing long-term customers to the brand.

The Accord has been assembled in the for 25 years, with 9.6 million sold in the country.