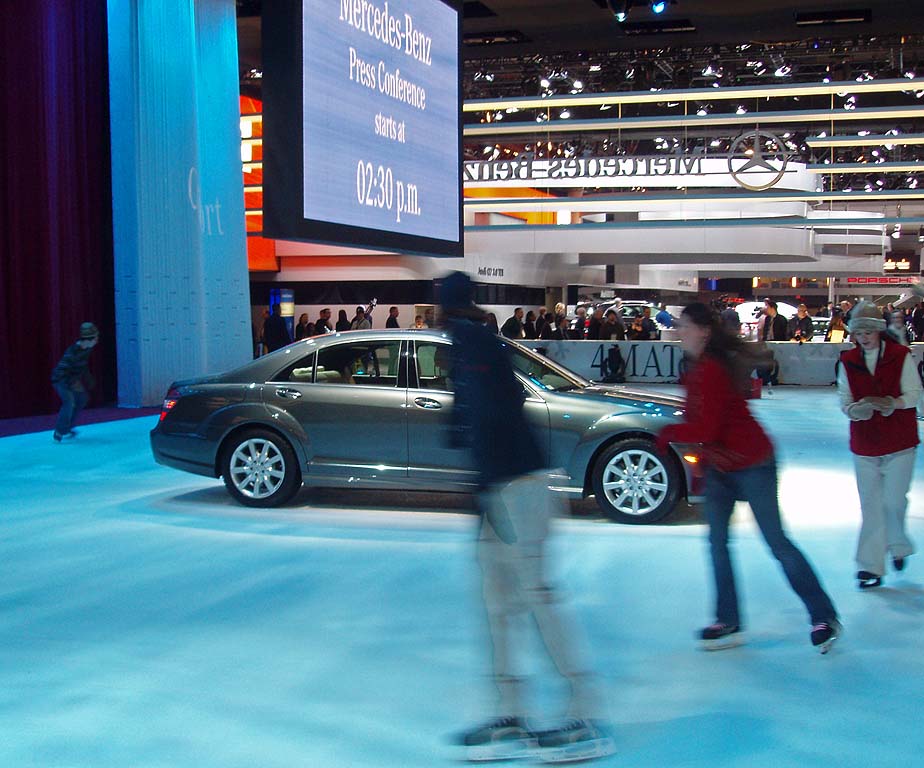 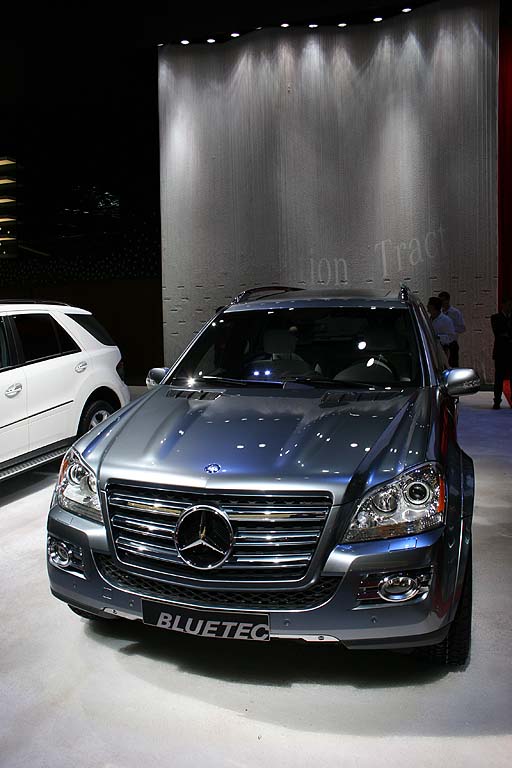 The Mercedes-Benz stand temporarily turned into an ice rink this afternoon at the show — Zamboni and all — to host a semi-choreographed troupe of hockey players, ice skaters, and ice dancers as they strutted (and slid) their stuff around the introduction of the new GL420 Bluetec. We didn’t count a single Lutz, but Mercedes development chief Dr. Thomas Weber emerged to say that the Bluetec GL boasts 290 horsepower and 515 lb-ft of torque, along with a fuel economy rating of up to 24 miles per gallon.

The automaker’s Bluetec technology combines several sophisticated measures, including a particulate filter and two catalytic converters, along with a urea injection system to bring diesel emissions within the tightest (Bin 5) standards. 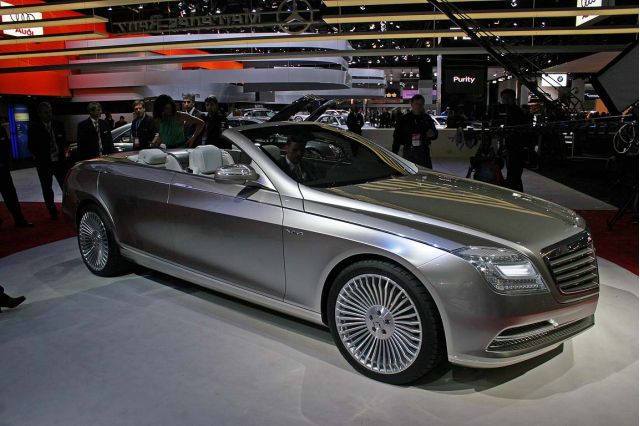 Still on ice, CEO Dieter Zetsche then introduced the automaker’s hot-weather concept, a design study based on the S600 sedan, revisiting a body style that the brand hasn’t produced since the built-to-order, four-door, 1962 300d cabriolet.

Distinctive features on the

Ocean Drive
include LED headlamps front and back, a hydraulic system for the soft top with proportioning valves for smooth, uniform operation, the AirScarf neck heating system for all four seats, and a complicated window geometry that allows all the windows to open completely.

Along with the centennial of the auto show, Mercedes also celebrated its centennial for all-wheel-drive vehicles. Before bringing out the 4Matic S-Class line (which will offer the automaker’s first combination of diesel engine and all-wheel drive in a passenger car), Dr. Z reminded attendees that along with the centennial of the Detroit auto show, Mercedes is also celebrating a century since its first all-wheel-drive vehicle, the 1907 Dernburg car, which even boasted four-wheel steering.