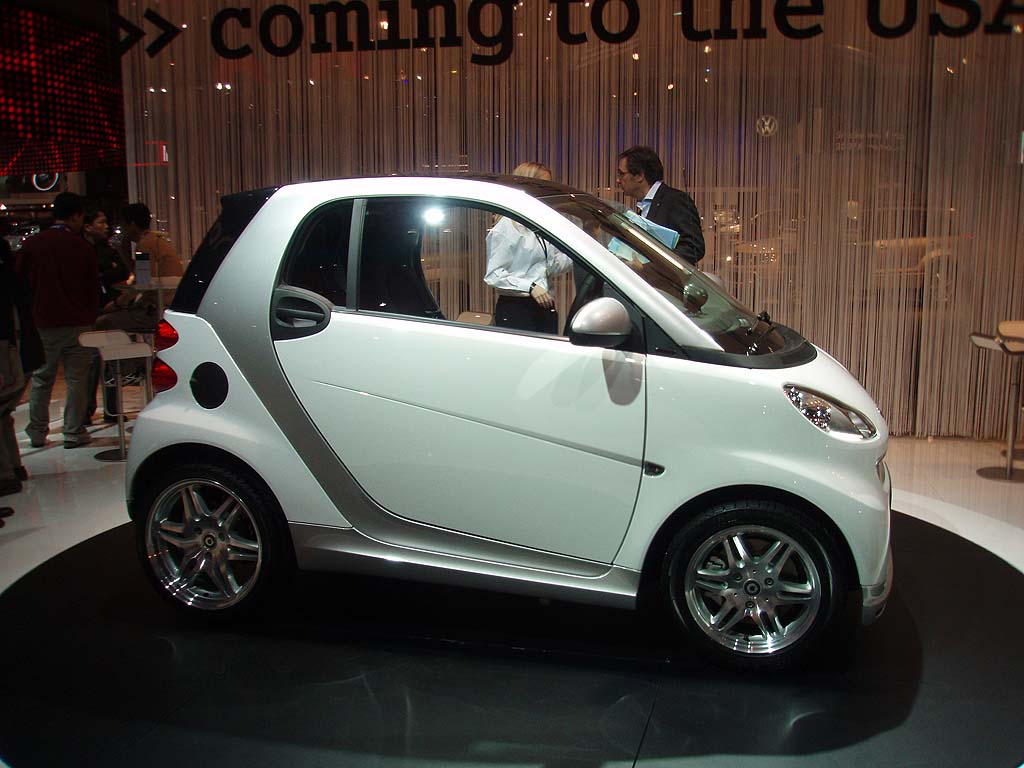 At the tail end of the Mercedes-Benz press conference at the 2007 auto show, Dieter Zetsche brought Roger Penske in via teleconference from the nearby (but not adjacent) smart stand. Penske’s company, UnitedAutoGroup of Bloomfield Hills, Mich., is DaimlerChrysler’s distribution partner for the market and is currently establishing a dealer network for the diminutive fortwo two-seater.

The smart, according to Zetsche, “has become an it-car on the streets of , , and .” And, declared Dr. Z, the smart “is simply cool.”

At only 106 inches long, the plastic-bodied fortwo looks toylike from the outside but has a surprisingly roomy and functional interior, along with a full range of safety features and a combined city/highway rating of 40 mpg highway. pricing and equipment have not yet been announced.