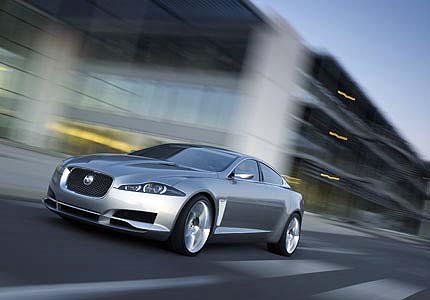 The Jaguar C-XF Concept will leap into the Detroit auto show - and has patently broken cover a little early.

The C-XF is the precursor to the new XF sedan, which replaces the S-Type sometime in 2008. A production version is expected to bow at a future auto show, while the concept bows at the Detroit auto show in January .

The basics on the concept are as follows: