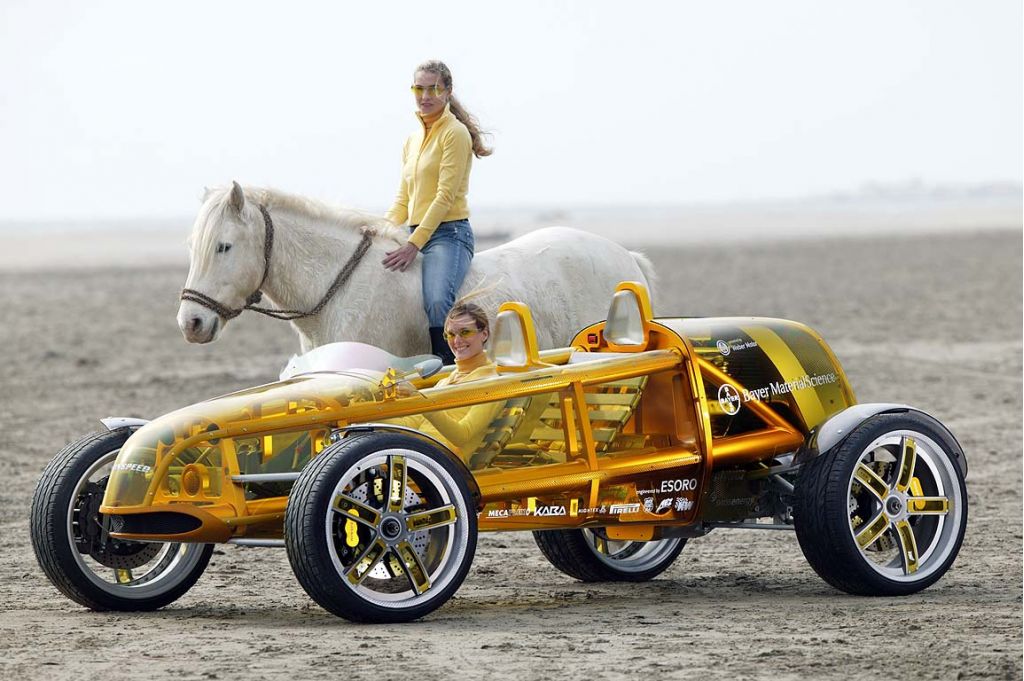 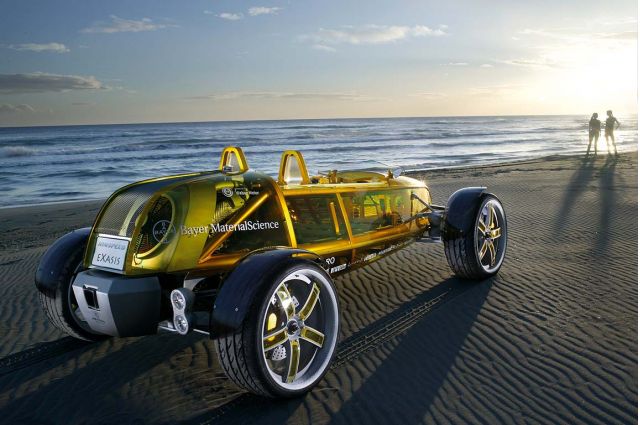 Flying cars, cars that swim – and now a mirage of a car?’s Rinspeed is at it again, this time bowing with a concept called eXasis that will be shown off at the 2007 motor show.

Working with Swiss engineering company Esoro, Rinspeed has sketched out the eXasis, it reminds us, 40 years after an all-plastic car was shown in. The concept celebrates 30 years of business for the Swiss coachbuilder. Ahead of the Geneva show, Rinspeed has released more details and images of the new concept.

Rinspeed specializes in off-the-wall concepts made to publicize its coachbuilding efforts. The 2004 Rinspeed Splash concept, for example, is an amphibious concept that ran the English Channel in record time and attracted interest as a new way to cut across traffic.

The latest eXasis concept sports a transparent plastic body that Rinspeed likens to a 3-D effect. The plastic is tinted yellow, from its windshield down to its floorpan. The body has elements of classic racers, like a cigar-shaped body and fore-and-aft seating, along with open wheels.

The eXasis sports a supercharged 150-hp, two-cylinder engine that runs on bioethanol. And since it weighs about 1650 pounds, Rinspeed says the concept could have Porsche-like acceleration.

The two-seater has specially developed Recaro seats that are formed around plastic ribs – twelve, the same number as in the human body.