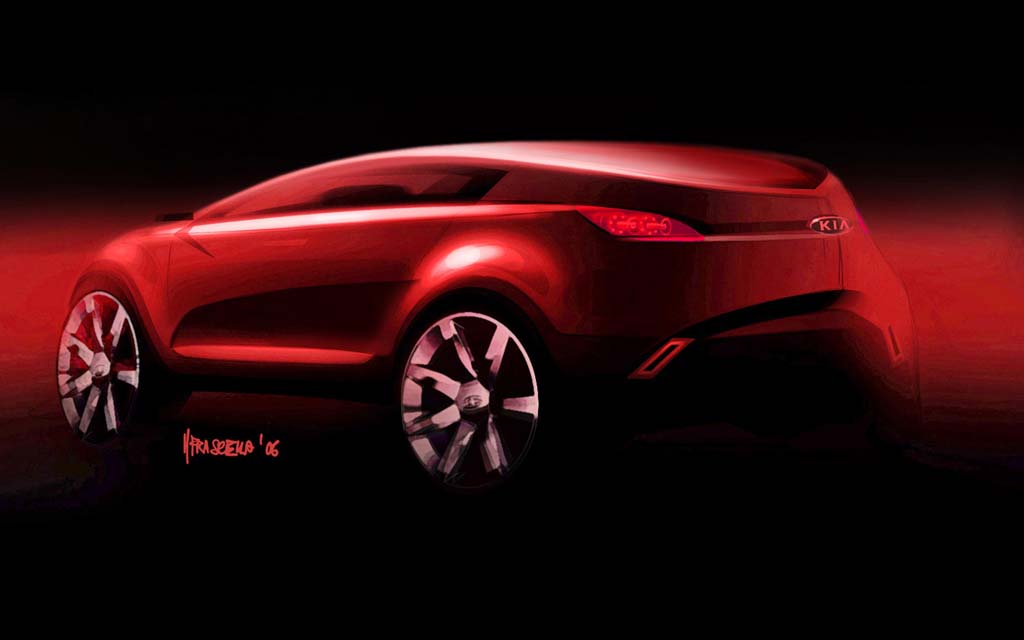 Kia says its Kue concept vehicle will bow at the 2007 Detroit auto show in January.

The Kue, Kia says, emphasizes performance in a crossover package, and “is designed first and foremost as a driver’s vehicle…[that] focuses more on giving the driver an exhilarating driving experience on the way to the home improvement center than on how much it can haul.”

Can we hold them to that? The hypothetical underpinnings sound promising. The Kue has a monocoque chassis riding on 22-inch tires, with an overall length of 186 inches and a wheelbase of 114 inches.

Kia says the Kue hints at future styling directions. Could it also hint at a large crossover coming to the market, sharing its mechanicals with the Hyundai Veracruz? We’ll know more after the show. Stay tuned.