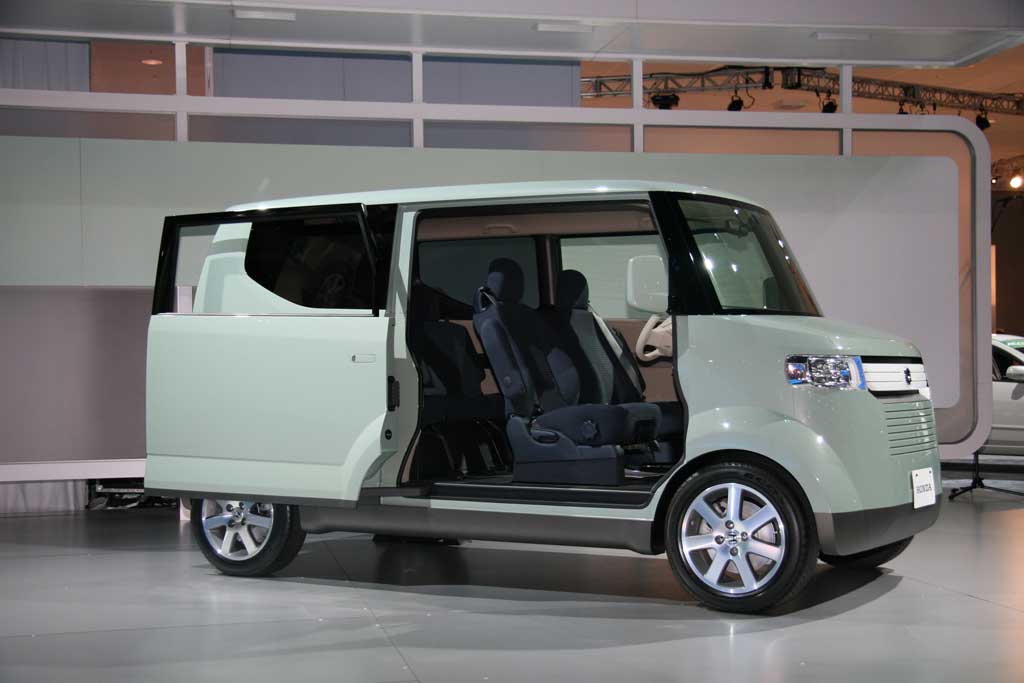 Honda hopes to lure in hip, young buyers with its boxy Step Bus concept vehicle, debuting at the 2006 auto show this week. Think of the show car as the ultimate party tool “for the MP3 generation,” declared John Mendel, the automaker’s top executive, adding that the Step Bus boasts “an incredible cavernous interior inside a micro-sized exterior.”

Reminiscent of Scion’s square-edged xB, the Step Bus has a fully reconfigurable interior that can make room for five passengers or plenty of oversized cargo, “everything,” explained Mendel, “an owner needs to live large in the city.”

Among its high-tech features, the Honda prototype delivers an advanced navigation system and party-ready audio system, as well as picture holders on the instrument panel. There’s plenty of storage space, including a ceiling-mounted tray.

Honda officials insisted the Step Bus is “purely a styling concept,” but insiders hinted the basic dimensions could show up in a future production model, most likely targeted first at the trendy Japanese home market.

2006 Acura Advanced Sedan Concept by Marty Padgett (11/29/2006)
Acura predicts the future of performance and luxury, in its idiom.