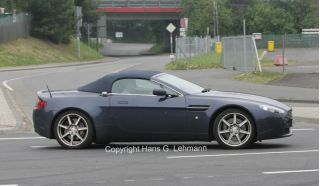 2006 SEMA: The Aftermarket Strikes Back

The show itself is weeks away. But the list of new production vehicles and concepts driving toward a Los Angeles auto show launch is growing.

Los Angeles show organizers are theming the show as "A New Beginning," and it's an appropriate choice. Since it's moved from January to November - and is no longer in the shadow of the Detroit show - the L.A. show has attracted 24 press conferences, 18 world debuts, a dozen North American debuts and an officially sanctioned "International" designation for this year.

Press days are Nov. 29 and 30, 2006. The show will be open to the public Dec. 1-10, 2006. (For hours, admission and directions, go to the show's official Web site .) But you can see some of whathas in store right here at TheCarConnection:
2008 Chrysler Sebring Convertible 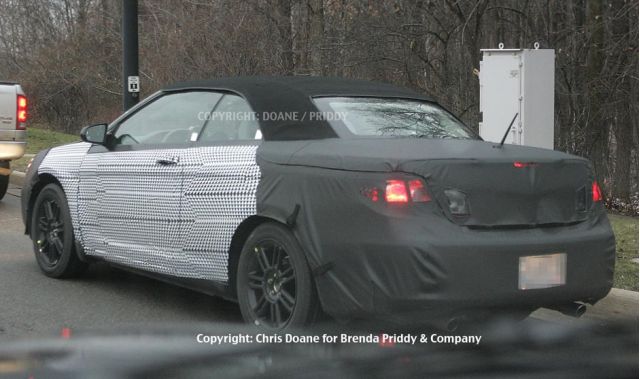 Chrysler's new Sebring Convertible is coming to Los Angeles in search of sun, fun and willing shoppers. It will ride atop a platform penned by Mitsubishi, but will be powered by Chrysler's own engines and will not be a Lancer clone. The Sebring sedan is expected to arrive in the fall of 2006, and the convertible - shown here - should be at dealerships in the spring of 2007, as an early 2008 model. The ragtop shown on this test mule is a fake: the real vehicle will sport a hardtop convertible roof. The Sebring will be built at Chrysler's Sterling Heights, Mich., plant.

Forgoing the coupe-convertible trend, Audi's TT Roadster returns with a fabric top and a range of engines and drivetrains. It's based on the new TT Coupe  we told you about in October. The engines include a 250-hp 3.2-liter V-6 and a 200-hp turbocharged 2.0-liter four. The base car comes with a manual top, while the V-6 edition comes with a power-operated roof that opens or closes in 12 seconds. The V-6 also comes with quattro all-wheel drive. A six-speed manual is standard, but both versions can be ordered with S-tronic, the new name for the former DSG dual-clutch transmission. The TT Roadster 2.0 TFSI with S-tronic scoots to 60 mph in less than 6.5 seconds, Audi says, and hits a top speed of 146 mph. The Roadster 3.2 with S-tronic does the same in 5.9 seconds and 155 mph. Pricing and availability have not been confirmed.

Audi will also show its fantastic R8 sportscar at the L.A. show. 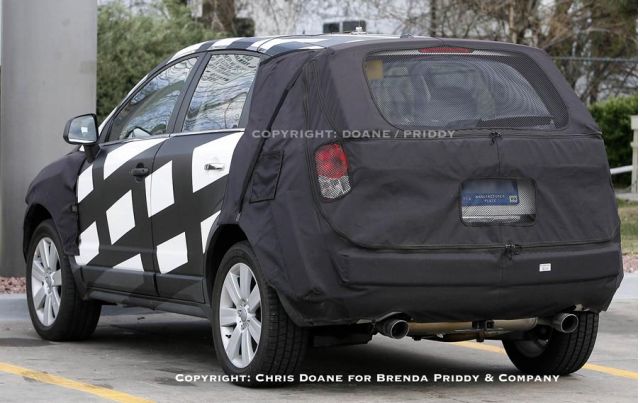 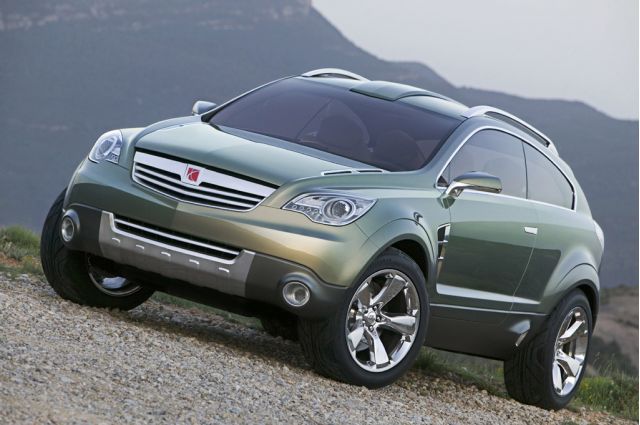 The folks at Saturn have already shown us their PreVue Crossover Concept, and the Europeans have shown an Opel Antara Concept. Both of those vehicles are from headlamps to tailpipes about as close as they can get to the next Saturn Vue. We're sure that Saturn and Opel will be carrying over many of the styling cues when these vehicles - and others sporting possible Chevrolet, Vauxhall, Buick, and even Daewoo names, among others - reach production, but they'll likely all have four doors, and not the two as shown on the concepts. GM confirms the Vue will come to the Los Angeles show, so stay tuned for more details. 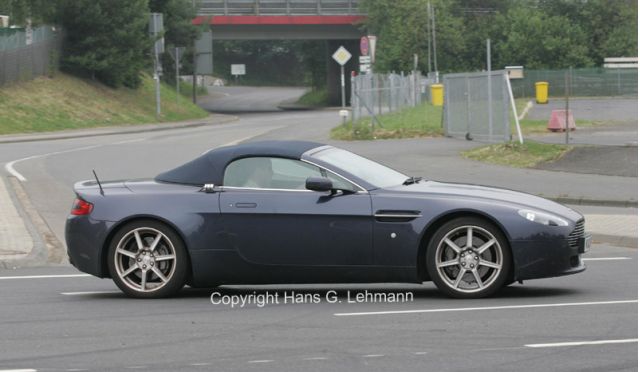 How do you make yourself look more alluring when you’re trying to find new investors? Unveiling a desirable new model wouldn’t be a bad move. That’s clearly the business strategy being applied at Aston Martin, where a new entry level convertible – the V8 Vantage Roadster – has made its debut.

Despite the Ford-owned brand’s very public "for sale" board outside its U.K. home, the newcomer will premiere at the L.A. Auto Show on 29 November.

Based on the V8 Vantage Coupe, it features a triple-layed fabric hood that folds flat beneath a tonneau cover into the trunk space. The process takes 18 seconds in either direction, and works at speeds of up to 30 mph.

The car’s performance figures are identical to the Coupe, with a 0-62 mph time of five seconds and a top speed of 175 mph.

Prices will be announced closer to the car’s expected showroom debut in the spring. Quite who will be in charge at that point is anyone’s guess.--Richard Yarrow 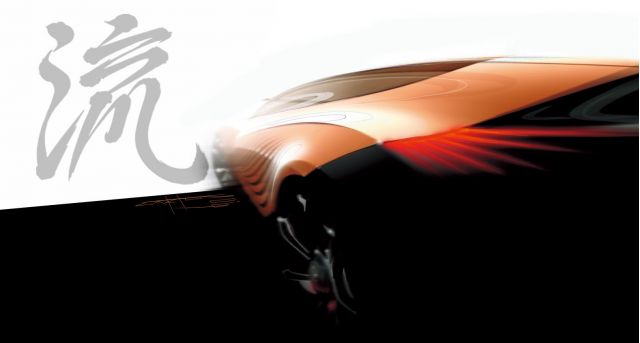 Mazda’s concept for the upcoming auto show will wear the name Nagare – pronounced na-ga-reh, according to the first release. The concept is a precursor of future Mazda designs under the head of new global design director Laurens van den Acker. He says the car embodies the word “flow’: "Nagare is a celebration of proportions and surface language that will evolve into subsequent designs planned for presentation at future international auto shows. Nagare examines light and shadow, and begins to reveal the global design cues for the next generation of Mazda vehicles,” a release read. We’re not sure what that translates to in wheelbase or horsepower, but we’ll have more word for you from the show on Nov. 29.

The 2008 Ford Escape could hardly wait for Los Angeles - our spy photographers caught it completely disguise-free near Detroit. Its chunky chrome grille eschews Ford's three-bar grille design, instead taking cues from Ford's new Expedition. Comparing the '08 with the current model parked next to it, and its immediately clear that the redesign has given the new Escape a lot more character. You can see more shots, including an interior, by following the link above. The Escape will get the same engines recently announced on the 2008 Mercury Mariner - and will be on display at the Los Angeles auto show later this month.

Buick is betting on the new Enclave crossover to shore up its sales - and it's enlisting Tiger Woods to help launch the vehicle at the L.A. show. The Enclave rides on a 119-inch wheelbase and is powered by a 3.6-liter V-6 with dual-overhead camshafts and variable valve timing. The Enclave's V-6 is rated at 270 horsepower and is mated to a six-speed automatic transmission. The Enclave also offers all-wheel drive and four-wheel independent suspension. Six individual leather seats in three seating rows are surrounded with curved and round elements that recall the style of classic Buicks, including the air vents, door panels, and instrument panel. Brushed aluminum trim, contrasting stitching on the seats, and leather-wrapped headliners are a few of the upscale details that the Enclave sports . 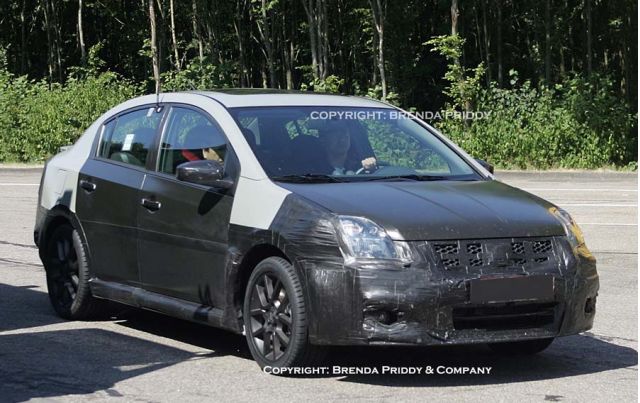 Add the Nissan Sentra SE-R to the list of new vehicles that will parade around the right after Thanksgiving. Nissan says the sport version of the new Sentra will make its public debut at the show, which opens to the media on Nov. 29. The new SE-R Spec V will be powered by a high-output version of Nissan's 2.5-liter four-cylinder engine. Nissan also is promising "another uniquely styled, exhilarating performance-oriented vehicle" for showgoers in the media and the public alike.

Nissan's Altima Hybrid has broken cover at the auto show in  Nissan says the hybrid four-cylinder-powered sedan will get close to 41 miles per gallon in city driving by EPA rating methods. The new sedan uses Nissan's 2.5-liter four-cylinder engine and Xtronic CVT coupled to battery and motor technology licensed from for a combined output of 198 hp. The Altima Hybrid will be marketed from early next year in the eight states that have the most potential for sales, Nissan says, including California, New York, Massachusetts, Connecticut, Vermont, Rhode Island, Maine, and New Jersey. Non-hybrid versions of the new Altima go on sale this month. 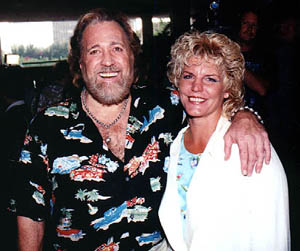 BMW's next-generation X5 will once again be built at the American plant in The new vehicle will be offered with two engines - a 350-hp, 4.8-liter V-8 or a 260-hp, 3.0-liter in-line six. A six-speed automatic is standard. The body of the new X5 is 7.4 inches longer than the prior edition and the vehicle continues on an independent suspension. Adaptive steering and suspension systems are available for the first time on the X5, while the new vehicle upgrades its all-wheel-drive system to "xDrive," which has variable torque-split capability. The new X5 will also be offered in seven-seater versions. 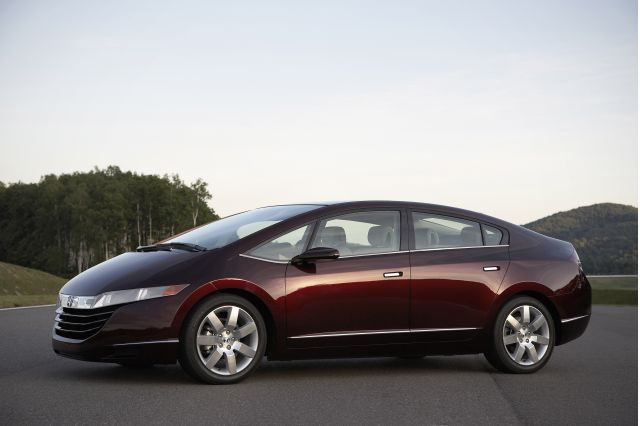 Honda has shown its latest fuel-cell-powered FCX sedan to the press in and in California, and we expect to see it at the Los Angeles show as well. Honda says it will distribute a limited number of the vehicles in and the in 2008. The new big sedan has a new fuel-cell stack arranged in a line down the center of the vehicle. The stack of cells is 20 percent smaller and 30 percent lighter than Honda's last-generation fuel cell, but the new version puts out 14 kilowatts more power. Honda also promises that the new FCX can start in temperatures as low as minus 30oC, a major improvement on its previous design. The new FCX also carries a lithium-ion battery for backup power, which adds 30 percent to the vehicle's range. 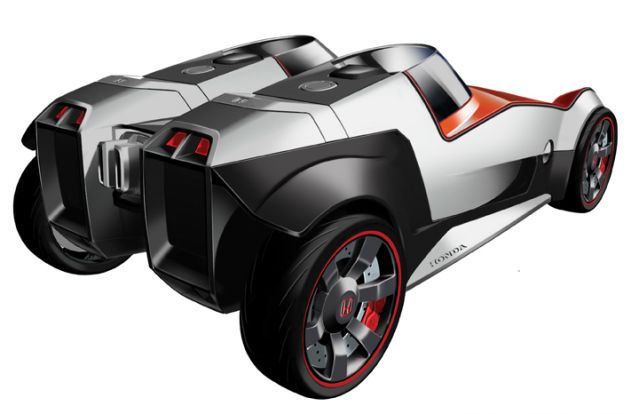 For the third time, the auto show is throwing down a challenge to the design departments of the major automakers. And this year, eight automakers are taking up that challenge - this year, to design a new vehicle that meets the environmental challenges of living in A winner will be announced at the auto show in late November, but the eight entrants are on display now at TheCarConnection.com - from a fuel-cell-powered Acura Le Mans car to a Volkswagen Nanospyder built at the microscopic level.

See all the design challengers for L.A. 2006