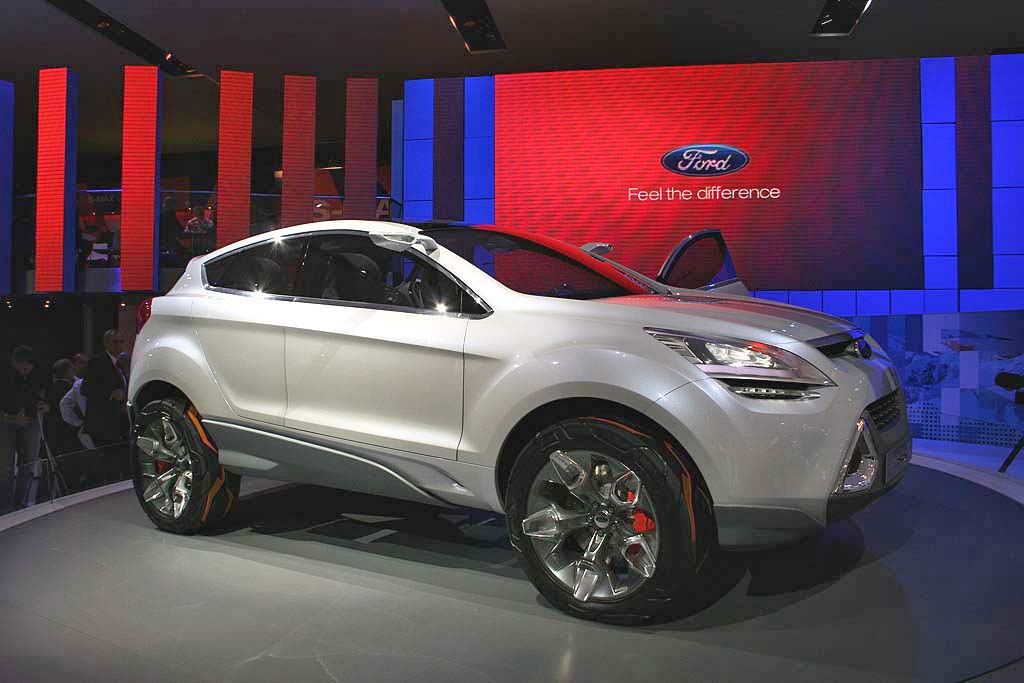 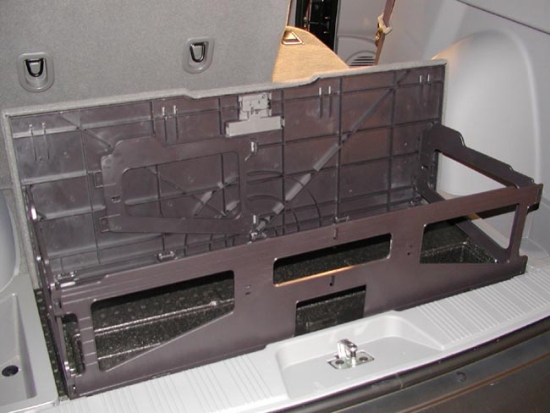 The latest Mondeo lineup of mid-size vehicles emerged at the 2006 Paris auto show, in the guise of a new wagon that Ford execs says stakes out new styling ground. The shape owes its inspiration to the Iosis concept shown last year at the motor show. Toned down somewhat, the theme is still expressive on the Mondeo’s long, low sideview, and the wedgy new nose is a particularly welcome step forward from Ford’s design department. The new Mondeo shares some of its underpinnings with the new European family vehicles, the S-Max mid-size MPV, and the full-size Galaxy minivan. More body styles are coming, including a four-door sedan and a crossover vehicle (see below). Powertrains will range from a 2.0-liter turbodiesel to a 2.5-liter turbocharged gas engine. The Mondeo goes into production in the second quarter of 2007 in the same plant in 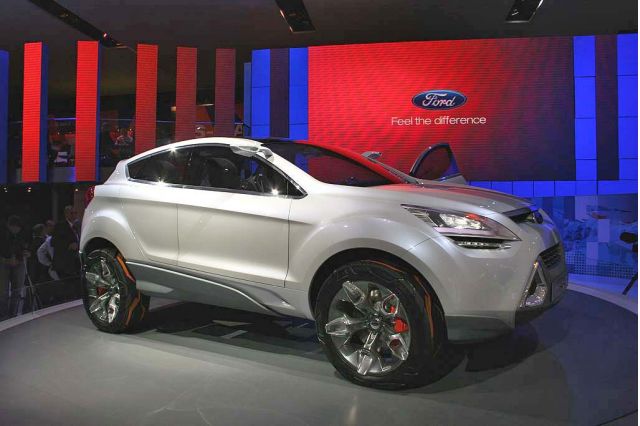 The Mondeo’s “kinetic design” theme gets taken to an active-lifestyle extreme in the iosis X concept shown alongside the new mid-sizer on the show floor at . The five-door wagon is an extension of the Iosis concept and, as Ford’s European design chief Martin Smith admitted, the X concept is to a future crossover vehicle what the Iosis was to the new Mondeo — a direct inspiration. The X concept is designed with ’s new pedestrian safety regulations in mind, particularly its taller front end and longer overhangs. The concept’s rear doors are hinged at the rear for easy access and there is no B-pillar in the styling exercise. Ford says the central console is a “bridge” design drawn from helicopter cockpits; its controls are in part actuated on soft-touch screens. 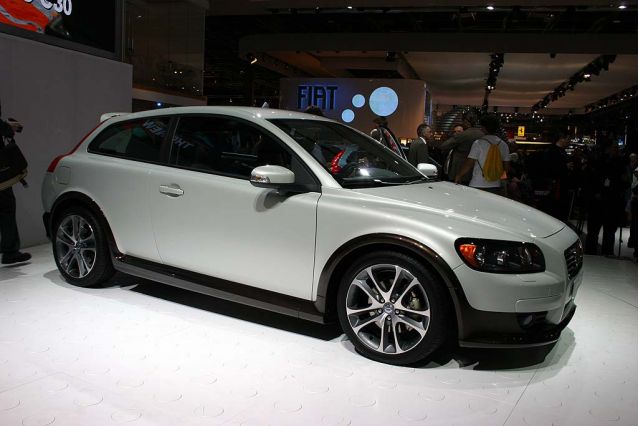 With everyone designing vehicles for “families,” it’s great to see Volvo aiming the new C30 hatchback at single folks — along with childless couples and other modern-day American heretics. The C30’s two-door shape rests atop the same fundamentals as the S40 sedan and V50 wagon (not to mention the Mazda3 and European Ford Focus). Thus, in addition to room for four adults, the C30 gets a wide range of powerplants, ten variants in all, including a 220-hp turbo in-line five and a 1.4-liter diesel. Five-cylinder engines get five-speed automatics while the turbo five gets a six-speed manual gearbox.

Inside the cabin wears the same slim center console treatment as the S40 and new S80, but special trims can be applied to the audiophile-looking panel, including a screened print inspired by surfing. Six airbags are standard, as is stability control on most models (likely all C30s headed to the ).

And outside a wide range of trims and wheels allow a degree of customization on the new hatchback. A body kit can be ordered in contrasting colors; 18-inch wheels are an option and special aluminum trim pieces are in stock for the C30’s cabin. As in the S40 and C70, a Dynaudio sound system is an ultimate audio option, and iPods can be plugged into it. 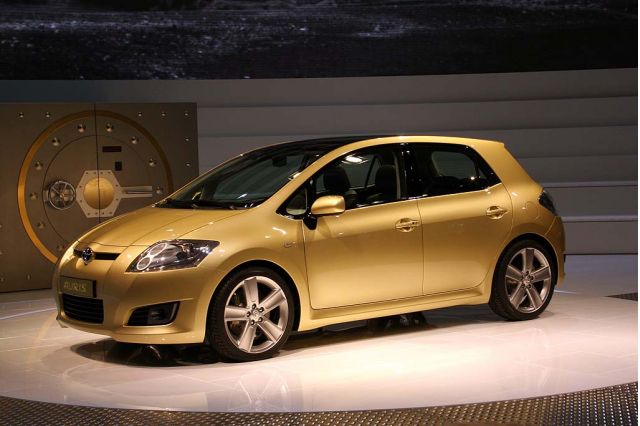 As it has in the , is boosting its sales expectations for 2008. Over here, the Japanese juggernaut aims to sell 1.2 million vehicles in 2008 — and the new Auris hatchback is one way the company hopes to extend its reach. The Auris is a Corolla-sized, five-door hatchback concept that says is headed for production. But it will not displace the Corolla entirely; other compact Toyotas will still carry the Corolla badge, with the Auris appealing to a specific niche. The name comes from the Latin for “gold,” and promises packaging gold inside the Auris, which has a tall roof, a high waistline, and short overhangs to produce a roomy passenger cabin. Outside, the strong Renault styling influences meld with a front end straight from the Toyota Yaris. Like the Ford iosis X concept, the Auris’ center console is “bridged” (we smell a new buzzword) and the gearshift is raised to sit closer to the driver’s plane of movement. A panoramic glass roof and 19-inch wheels are likely to get the axe as the Auris moves closer to production. 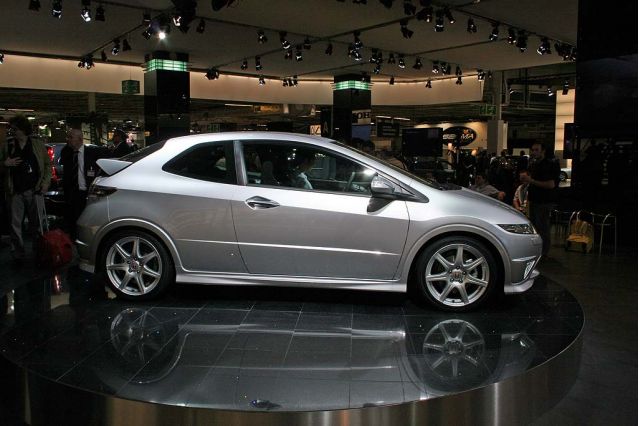 Here’s the Honda superhatch the market won’t be getting. But don’t fret too much — the new Honda Civic Type-R spun specifically for Europe isn’t any more powerful than the last R version sold in and it’s not got anything on the U.S. Civic Si. The Type-R has 198 hp, a single pony more than the U.S. Si., but it does get the considerably sleeker three-door hatch body pioneered by Honda’s Euro stylists. Honda says the Type-R scoots to 60 mph in less than 6.6 seconds, and that it steers and handles more cleanly thanks to 18-inch tires and a lowered ride height. The aerodynamic bits are standard, as are the Type-R logos on the brake calipers and the red-lined “H” logo on the honeycomb grille. Buyers will be able to choose a stripped racing version or a fully outfitted Type-R with side curtain airbags, dual-zone climate control, and a navigation system.
Tags:
auto Body Engine Paris Auto Show Wheels 2006 Auto Shows Car Safety Toyota Corolla News Toyota News
2022
The Car Connection
See the winners »
2022
The Car Connection
See The Winner and Nominees »