The New York Auto Show opened to the media on Wednesday, with a host of new vehicles from GM's Saturn brand, Nissan, Mercedes-Benz and more. TheCarConnection.com brings you the latest from the show floor, including full reports on these new vehicles: 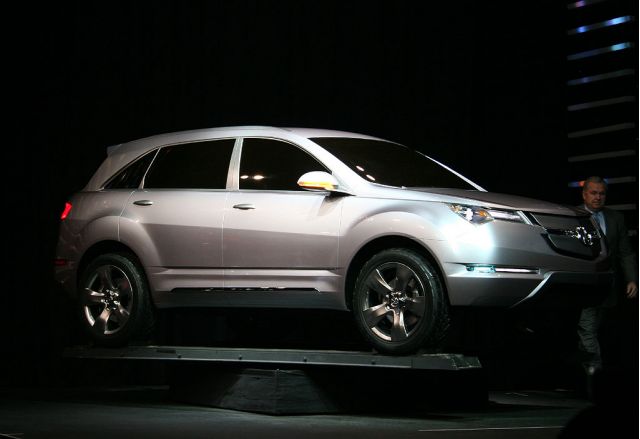 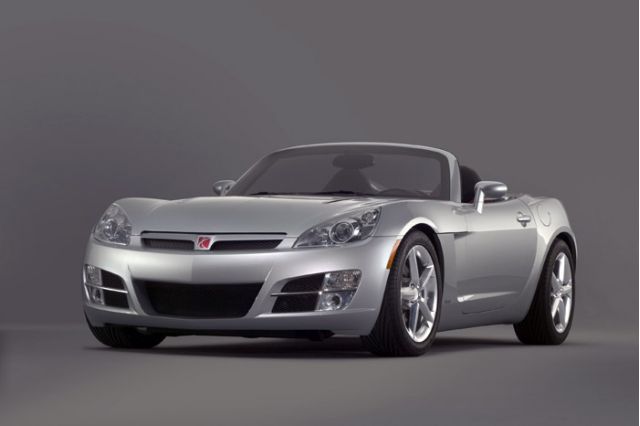 Saturn: Can GM Renew the Affair? 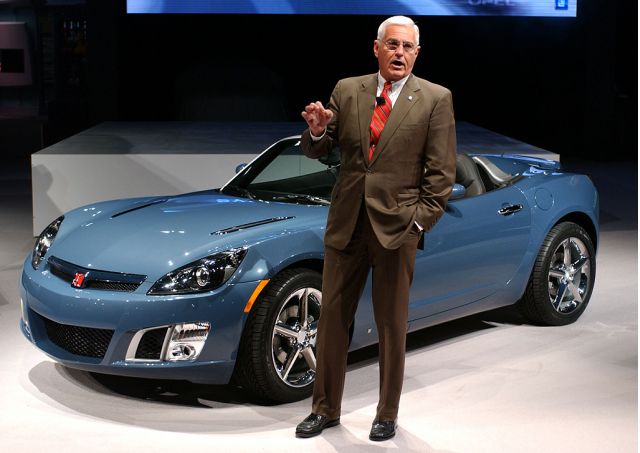 With the introduction of the Sky performance convertible, Aura mid-size sedan and Outlook crossover, and hybrid production and concept versions of the Vue compact SUV at the New York International Auto Show, GM is pouring more product development money into its Saturn brand at any time since its $3.5-billion debut in 1990. And it's not a moment too soon. After peaking at 286,000 units in 1994, Saturn sales have been basically drifting downward to 214,000 in 2005.  During the first quarter of this year, Saturn sold 47,000 vehicles. In an attempt to counter the trend, Saturn will add those five new vehicles to its lineup by the end of this year.

Can GM renew the Saturn affair?

Nissan CEO Carlos Ghosn said during the New York International Auto Show today he "was not interested" in taking over for Rick Wagoner as chairman and CEO of General Motors. He added he still had things he wanted to accomplish at Nissan. GM Vice Chairman Robert Lutz defended his boss, saying Wagoner would "preside" over the resurgence of GM and would still be standing after all was said and done. "Rick Wagoner is the right man to lead General Motors." Lutz also told reporters he was confident there would not be a strike by Delphi Corp.'s union workers.-Mike Strong

While surrounded by a crush of reporters after the Saturn Sky introduction at the New York International Auto Show today, Bob Lutz said that while hybrid vehicles are nice, an E85 hybrid could exceed 100 mpg. He qualified it by reminding media types that since E85 is 85 percent ethanol and just 15 percent gasoline, the figure is kind of skewed, but he said it was still better than the average gasoline hybrid, which averages about 45 mpg depending upon the vehicle type. Of course, Lutz' company makes more E85 vehicles than any company in. He was also attempting to avoid more public spats with oil companies. "They (GM's public relations staff) prepped me for this one: big surprise, eh?"-Mike Strong

Ford Executive Vice President Mark Fields said his company plans to offer one high-performance Mustang and one high-performance truck every year going forward. After introducing the new Shelby-inspired Mustang GT350-H, which can be rented at selected Hertz locations, Fields told a horde of reporters that he felt that high-performance vehicles were an important part of establishing a car company's brand image.

Fields said he expects to sell between 5,000 and 10,000 of each vehicle annually. The company's Mustang GT500 is expected to be in showrooms shortly. Fields said the new Ford F-150 FX2, a street-friendly version of the F-150, will arrive in dealer lots sometime this fall. He didn't give a suggested price for the new truck, but anticipates it will be 5 percent of F-150 sales.-Mike Strong

Ford plans to beef up its performance portfolio, Mark Fields, the automaker's President of the , told a New York Auto Show audience on Wednesday. Central to the strategy is a renewed emphasis on the SVT line, which had been neglected in recent years. "The plan is to offer one performance car and one truck, going forward," Fields explained, with the pair likely to generate from 5,000 to 10,000 annual sales. A version of the Mustang and another SVT makeover of the F-Series pickup will be the latest offerings. Then there'll be "personalized performance," allowing customers to buy from a broad catalogue of performance parts and accessories. The third leg of Ford's performance strategy is the Ford Racing unit.

The new 3.5-liter V-6 that will come to the Ford family this year will be among the most powerful in its class, Ford announced on Wednesday in conjunction with its display at the auto show. Ford's V-6 will be rated at 265 horsepower and will run on regular unleaded gasoline, Ford says. The engine will make its way into the Edge/Lincoln MKX crossover vehicles; in 263-hp form it will go into the Lincoln MKZ sedan, formerly known as the Zephyr. The engine, Ford adds, is compatible with direct injection and turbocharging in future applications.

Land Rover Gets Its Own 'Net TV Station

Land Rover had a strong sales year in 2005; the SUV brand was up 30 percent last year, LR VP Richard Beattie told audiences on Wednesday, for a total of a record 48,977 vehicles in . Worldwide, sales reached 185,120 vehicles, up 14 percent. And this year in so far, Land Rover sales have increased 34 percent.

To draw in more Land Rover owners and fans to the company's Web site, Land Rover inaugurated a new online feature called Go Beyond TV. The new Web service, Land Rover says, is the first broadband TV application launched by an automaker. The site offers video clips of lifestyle and adventure events that focus on the Land Rover experience-but also includes press conferences and news from Land Rover. Viewed from www.landrover.com, the service can also be viewed on some cell phones and devices like the Sony PSP.