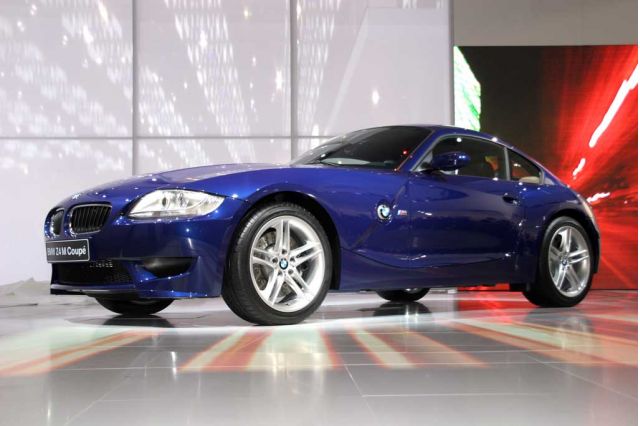 Faster than the Porsche Carrera, but less expensive than the Boxster. No wonder BMW officials were smiling during the preview of their new Z4 M Coupe on Tuesday. The hardtop version of the Z4 roadster will make an impressive 343 horsepower with its 3.2-liter in-line six. The motor is mated to a six-speed manual gearbox driving the rear wheels. While final prices haven’t been announced, TheCarConnection.com was told to expect something under $55,000. Meanwhile, a base version of the Z4 coupe will share the roadster’s conventional powertrain, while a 400-horsepower race-ready version will also be launched later this year.

Rolls Reaches Ahead with 101EX Coupe 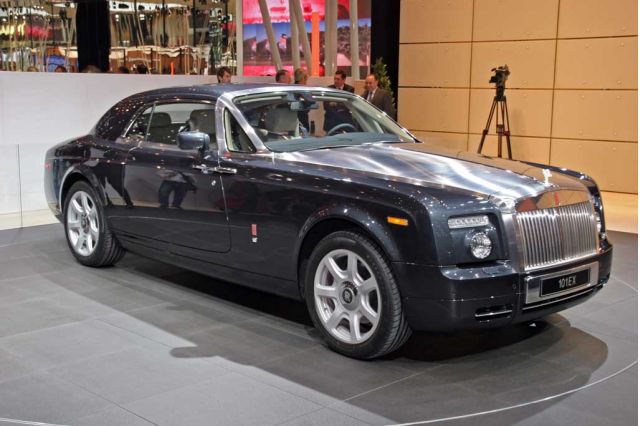 More compact and rakish than the massive Phantom, the 101EX concept could become the next entry into the expanding Rolls-Royce lineup. CEO Ian Robertson left the question unanswered during the automaker’s Geneva Motor Show preview. The automaker has already confirmed plans to build the Corniche convertible, and trial production is getting underway, according to Robertson. The 101EX seems a good fit as Rolls seeks to broaden its appeal. The show car was a striking two-tone, with its chromed hood and dark blue fenders and door panels. Like the flagship Phantom, the two-door concept is based around an aluminum space frame, but it is shorter and lower, with a higher beltline. Under that shining hood sits a 6.75-liter V-12 engine. Inside, the 101EX features some intriguing touches, including a “starlight headliner,” into which hundreds of LEDs have been woven. At the touch of a button the lights can be dimmed from bright “to a gentle glow,” noted Robertson. 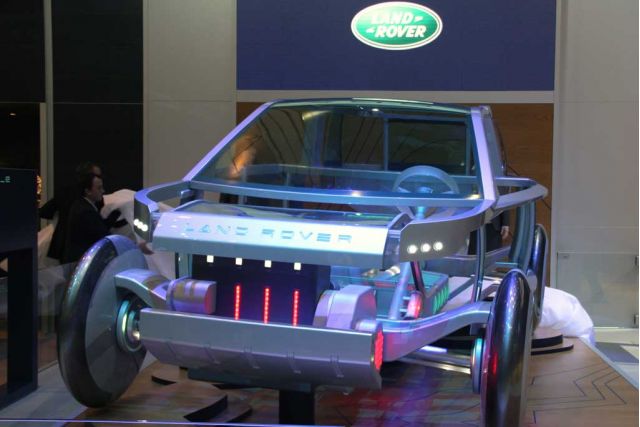 How do you maintain your off-road chops while being kinder to Mother Nature? The Land_e concept vehicle hints at theRover intends to go. “Climate change is the biggest single challenge facing the auto industry today,” stressed Lewis Booth, head of Ford Motor Company’s Premier Automotive Group – which includes the SUV brand. But Land Rover doesn’t want to trade off its traditional rugged, off-road capabilities. Land_e suggests it is possible to actually use environmentally-friendly technology to enhance those features. Really just a stylized shell, the concept is wrapped around a dual-fuel diesel engine that could run on a mix of conventional and biodiesel. An Integrated Starter/Generator hybrid, or ISA, can shut the engine off when idling, quickly starting it up when the brake is released.  Recaptured energy can be stored in a battery and used to run motors attached to the rear axle at low speeds without the diesel engine. But electric power can also be fed to all four wheels on a Land_e-based vehicle. And by using a sophisticated electronic controller, that could actually give a future Land Rover product even more traction in rough conditions. These and various other features on the prototype could wind up in production in the near future, Land Rover officials hinted. All told, such technology could allow a vehicle the size of a Freelander to get as much as 50 mpg, noted the brand’s managing director, Matthew Taylor. 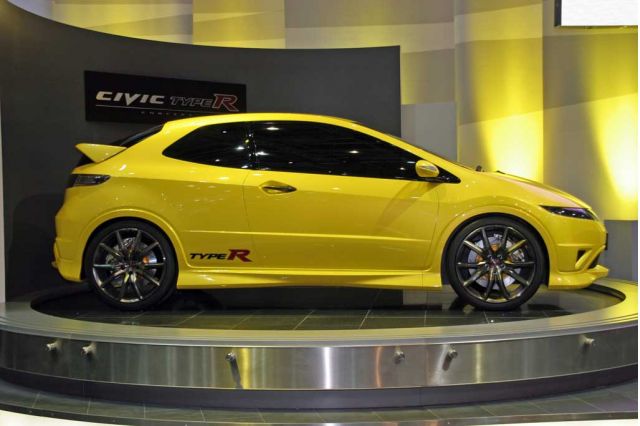 Anyone who thinks the Honda Civic is all about basic transportation will have to think again after they see the new Civic Type R. The thinly-disguised concept shown in has plenty of “Honda racing DNA,” said the automaker’s CEO, Takeo Fukui. Lower and wider than the base Civic, it features a 2.0-liter, 200-horsepower engine that, asserted , “will bring out the race driver in anyone.”

Honda Backing Away from Hybrids?

Recent reports have suggested that Honda is having second thoughts about hybrid powertrains. It’s fair to say that CEO Takeo Fukui isn’t rushing to fill the automaker’s lineup with the high-mileage technology – at least not yet. While he told TheCarConnection.com hybrids have great potential, he stressed that it will be hard to push the technology into the mainstream “unless (production) costs come down.” The outspoken executive said that while they represent an ecologically-friendly alternative, “there has to also exist a good business equation,” and that is hard to justify right now, said. “We’ll probably have more” than the current Insight, Accord and Civic hybrids, he suggested, but when remains a question. Besides, he added, the hybrid “is not the only solution.” Honda, said, is looking at a variety of other options, including ethanol and diesel powertrains, as well as hydrogen power.