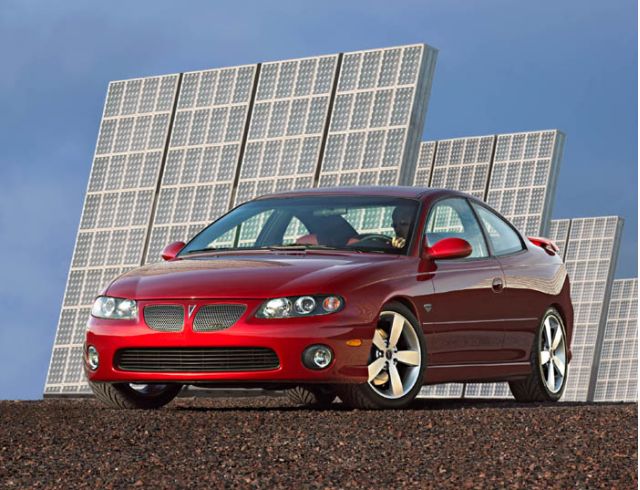 The Pontiac GTO, so shortly revived from its decades-long coma, will be going back under at the end of the model year. Automotive News reports that the two-door coupe would cost General Motors too much to certify for tougher safety regulations being phased in for the 2007 model year. Pontiac sources told the paper that about 10,000 to 12,000 more GTOs will be built for sale before the current body style goes off the production line. GM is said to be working on a new rear-drive architecture that could spawn a new GTO as well as a Chevrolet Camaro based on January’s Detroit show concept, but Pontiac has not confirmed any replacement for the car.

Power: Feb. Sales Off So Far

With the parsing of sales numbers now down to less than biweekly, J.D. Power and Associates’ Power Information Network (PIN) has some very early February sales results. For the first twelve days of the month, the PIN says sales fell by eight percent, not including fleet sales. Honda was the only brand to post an increase in the abbreviated period, but GM and Toyota fell by a percent and Nissan, Ford, and DaimlerChrysler all were down. Honda, Power says, benefited from the positive PR spin of its various Car of the Year and Truck of the Year awards for its Civic lineup and Ridgeline truck. In terms of market share, GM, Nissan, and Toyota were on the upside, while DaimlerChrysler and Ford saw their early market shares for the month fall.

A new study from AutoPacific stands on its head the notion that automakers have to chase young buyers. The study says automakers ought to worry less about the youth market and instead pay more attention to the Baby Boomers, who range in age from 41 to 60. Baby Boomers have the cash needed to spend on cars, the study says, while younger buyers may like them but can’t afford them.

The study appears as a spate of new books, such as Generation Debt: Why Now Is a Terrible Time to Be Young, by Anya Kamenetz, are arguing that young Americans face a tough row economically because of dramatic shifts in the economy.

If the books are accurate, it appears the auto industry, like the Spanish explorer Ponce de Leon, are chasing a fountain of youth that may not exist. Baby Boomers, on the other hand, are the most affluent Americans, with three-quarters of the nation's financial assets and $2 trillion in disposable income annually. Boomers control more than 50 percent of all discretionary income and will become more affluent as they inherit a great amount from their parents, the report noted.

The average American household purchases 13 cars over a lifetime.  Seven vehicles are purchased after the head of the household turns 50, according to AutoPacific, which also notes that 50 percent of Boomer households already own three or more vehicles.

AutoPacific also estimates from its research that 54 percent of Boomers expecting to keep their vehicle four years or less, while 26 percent will turn them over in three years or less, making them very active consumers of automotive hardware. —Joe Szczesny

General Motors Corp. saw its credit rating hacked again on Tuesday. Moody’s Investors Service cut the company’s rating on $30 billion of debt to B2 from B1. Analysts said they were uncertain GM can establish competitive wages and benefits without filing for bankruptcy. Moody’s had placed GM under review for a possible downgrade on Jan. 26.

Lotus is losing its North American chief for another undisclosed job in the auto industry. Automotive News reports that Duke Hale, CEO of Lotus Holdings Inc., has resigned from the Atlanta-based, American arm of the British sports-car maker. Hale also ran the company’s engineering group in Ann Arbor, Mich. Lotus brought the Elise roadster to the U.S. under Hale’s watch and will soon launch the Exige coupe in the States. Hale had worked at Isuzu and Mazda before joining Lotus in 2004.

Workers at General Motors’ Pontiac Assembly Plant recently got some good news. The giant automaker is investing $545 million in Michigan, in a move that will create 280 jobs at Pontiac. Yet even that announcement is fueling skepticism, in light of all the cutbacks GM has announced in recent months. With the exception of the highly profitable, full-size trucks built in Pontiac, few recent products have met sales expectations. GM’s sport vans, for example, have been an unmitigated disaster, one reason GM’s market share is lower than it has been in decades. For years, company officials insisted Americans really wanted to see the automaker turn around. It was a mantra that allowed GM to produce too many products that weren’t quite up to the competition’s. But lately, there seems to be a recognition that far too many motorists simply don’t care anymore. The only way for GM to turn things around is to not only be as good as the competition, but better. So the trucks coming from Pontiac will be absolutely crucial. So will the other products now in the pipeline.

Sonic Automotive, the third largest megadealer network, with 150 U.S. stores, reported a surge in net income and revenues for 2005 and raised its earnings-per-share guidance for 2006 sharply as a result.  President and COO Jeffrey C. Rachor boosted his forecast for 2006 earnings from $1.12 a share last year to between $2.40 and $2.50 this year, while predicting a sales rate of between 16.5 million to 16.8 million new car and truck sales. Sonic, based in Charlotte, North Carolina, boosted its gross revenues to $7.88 billion in 2005 from $7.17 billion the previous year. Net income for the full year rose to $101.8 million from $93.3 million and, for the fourth quarter, a record jump of 29 percent was recorded as net income spurted to $25.2 million.

Rachor credited Sonic’s improved revenues and earnings to an 18-month strategy focusing on acquisition of luxury and high-end import dealerships, coupled with divestiture of “under-performing” stores with brands whose markets are shrinking. He announced purchase in late 2005 and early 2006 of a Mercedes-Benz dealership in northern California and two “Tier One” import-brand stores in the Washington, DC market. Sonic sold 143,757 new vehicles last year, up 6.8 percent from 2004. Luxury and import brands accounted for 69 percent of Sonic’s revenues, Rachor said, which were divided as follows: GM, 20 percent; BMW, 17.1 percent; Toyota/Lexus, 16.4 percent; Honda/Acura, 13.9 percent; Ford brands, 7.9 percent. The truck share of Sonic’s vehicle mix declined to 42.4 percent, of which nine percent were SUVs, Rachor said, adding that sales of fullsize SUVs fell 40 percent during 2005.

“I’m impressed by the new fullsize SUVs from GM and other manufacturers and expect them to do very well,” Rachor said. —Mac Gordon