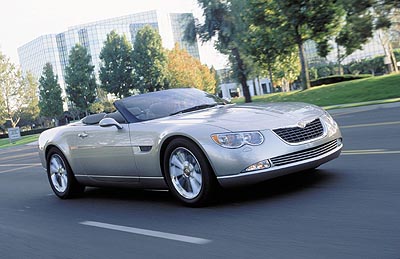 Apparently, a lot of you went nuts over TheCarConnection's Wild, Weird, and Wacky Street Names Contest, at least if we judge by the number of entries that flooded into our digital mailbox - more than 2500 arrived since the competition was launched last December. And though we officially closed things off on February 1, we're still seeing a few stragglers offering up some last-minute oddities.

We've seen lots of Deer Licks, Bone Licks, and more than a few Yankees, Doodles and Dandies. There are a surprising number of This-a-ways and That-a-ways, as well as a few places around the country where you can Haviturway. We've seen the macabre, including Shades of Death Rd. and Bucket of Blood; the musical, like the intersection of Count and Basie; and the unpronounceable,

But some wild, weird, and wacky street names stand out from the rest, and we found that with rare exception, the top choices of TheCarConnection's editors and managers matched the result from last week's Reader's Poll. Combining the two tallies, here are our winners:

First Prize goes to Psycho Path, a mad little private lane in . Our grand prize winner was submitted by Michelle Logsdon, who will soon be driving around with the help of a new Garmin C330 portable GPS navigation system.

Kia Ce'ed Coming to , Too 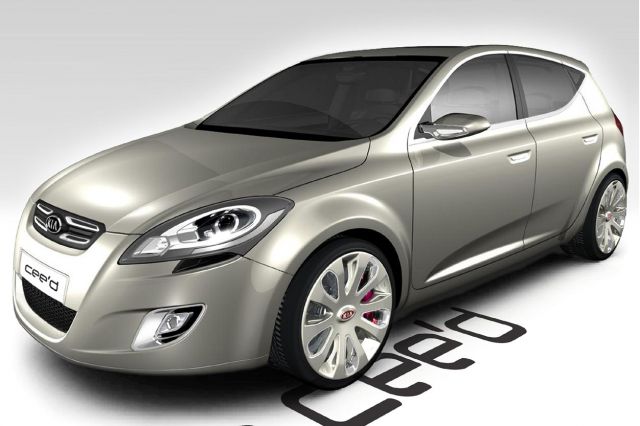 Along with its new short-wheelbase Sedona minivan, Kia Motors will show the Ce'ed concept car in . Based on the successor to the Cerato that Kia will build beginning this December at its European assembly plant in , the production version of the Ce'ed will make its debut in in September. Although the concept car was designed as a teaser, it's pretty close to the production version of the upcoming C-segment car, which we saw during a peek preview in last year and which has been especially developed for the European market. The Ce'ed has several design elements of the Sorento and the small Picanto, but with extended wheel arches and 19-inch wheels it looks bolder than the production version will be.

A strange but widely held belief along my stretch of Route One is that an auto repair shop is actually a community services center akin to a public library or welfare office. I can't count the number of insults I have been subjected to from indignant deadbeats because I wouldn't drop what I was doing to walk over to the gas station and see why their heap wouldn't start. One of my more prolific mechanics once observed that people seemed startled to learn we were here to make money.

To give you a point of reference, my shop is adjacent to a self-serve gas station, with my four bays facing the station. That means anyone who encounters a problem at the station walks immediately to my shop. Now I know some of you are thinking, "how great for business this must be!"

Unfortunately, the profile for the average user of this gas station is male, 24 years old, who has recently jumped bail on assault charges in . He is only at this gas station because his neighbor recently purchased a locking gas cap. He actually planned to drive off without paying for the gas but the weak battery foiled his plan. Having spent the $20 he took from his girlfriend's purse ($8 on gas, $12 on cigarettes), he now walks up demanding a jumpstart. Having been told we require $15 up front, paid whether his car starts or not, he then asks to borrow the jumper cables so he can do it himself. When we refuse, if we are lucky, he walks off cursing. The average female customer at this gas station is his girlfriend's sister, with whom he has four children. So jumpstarts have not been exactly a profit center. I think we do about two a year.

Honda will add a new front-wheel-drive version of the CR-V EX to its lineup. The company says the 2WD version of the uplevel model will include standard features like alloy wheels, a moonroof, a six-speaker audio system with a six-disc changer, and steering wheel-mounted audio controls. With the five-speed automatic transmission, the new model is rated at 23/29 mpg city/highway, 1 and 2 mpg better respectively than the similar 4WD model. The new EX 2WD starts from $22,500.