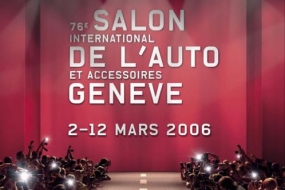 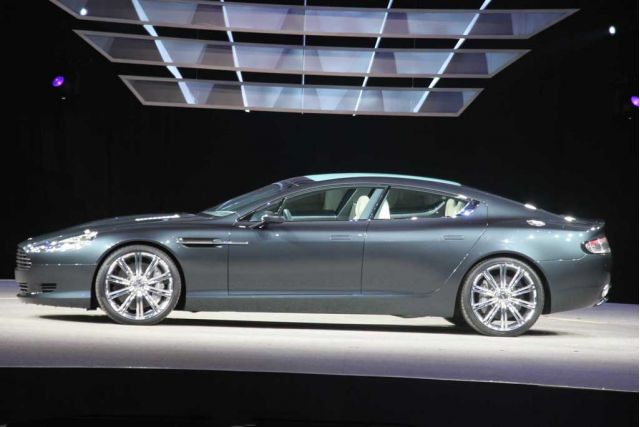 With a little more than a week to the press preview days, the whispers of introductions are being confirmed — or in a couple of cases, denied. A rumor was going round that Aston Martin were going to show a new convertible version of the V8 Vantage, but the Gaydon factory knows nothing about it, according to a trusted source at the company. The centerpiece of the stand in will be the Rapide four-door coupe first shown in . No doubt there will also be talk about the car the company is building for the next James Bond film, but don’t expect any more than stylists’ sketches — this is a PR project that will be milked for some time yet, and there will be no premature exposure of anything.

It was expected that Bentley would also be showing a new open car, the Continental GTC it trailed with sketches as far back as last September. But that too will be absent from and won’t make its appearance until some time closer to mid-year. Bentley is probably too busy fulfilling demand for its existing products to push the GTC, and it will be tempting rich Swiss customers with special editions that celebrate sixty years of Bentley production at Crewe, the factory that became its home while under Rolls-Royce ownership after the second world war. The ‘Diamond Series’ 60-year cars will be a version of the Arnage that concentrates on craftsmanship, including special wood treatment to the interior, and a Continental GT that puts technology to the forefront. The coupe will feature Bentley’s first application of carbon ceramic brakes, with rotors 16.75 inches in diameter inside 20-inch wheels. 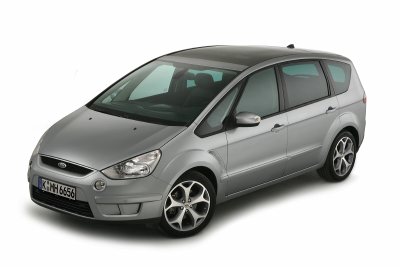 Getting to the cars that will be in , Ford has confirmed that the production version of the SAV concept, which was so well received at last year’s show, will be unveiled in production form as the S-Max at this year’s show. The car is larger than the usual European MPV and is positioned in the range between the Mondeo wagon and the full-size Galaxy MPV. It will be available as a five or seven-seater, with either two or three rows of fold-flat seats in the passenger/load area. Styling is described as the first production example of the new Ford line shown by the iosis concept at last year. 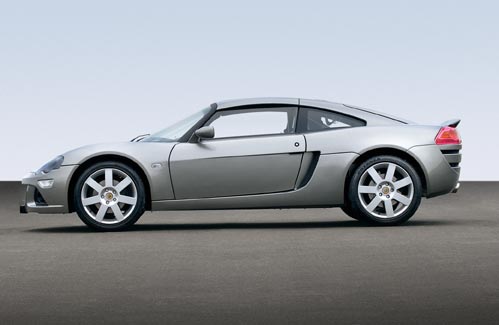 Lotus continues to produce sports cars in the pattern established back in the 1960s by founder Colin Chapman. Times change, however, and sparsely trimmed cockpits are no longer accepted, even for out-and-out sports cars. Hence the appearance in the company’s range of the Europa S, which is described as “Business Class by Lotus.” The car follows the lead of the Elise and Exige by achieving performance thanks to light weight, and in fact weighs in at just 2194 lb. But in order to provide a more comfortable, if not quite sumptuous, driving environment, the Europa S has lower chassis sides and a higher roofline, which improve entry and exit — always a problem with the Elise. The easy-access interior flouts Lotus tradition by offering leather trim, carpets and driver and passenger airbags. Powered by a 2-liter turbocharged engine producing 200 hp, the Europa S takes 5.5 seconds for the 0-60 sprint and tops out at 140 mph. The new car isn’t just a modified Elise, however. There are sufficient changes for it to have a new Lotus Type Number — 121. It’s interesting to note that will see various modern versions of Lotus Type No 7, which is still being made in a number of countries. 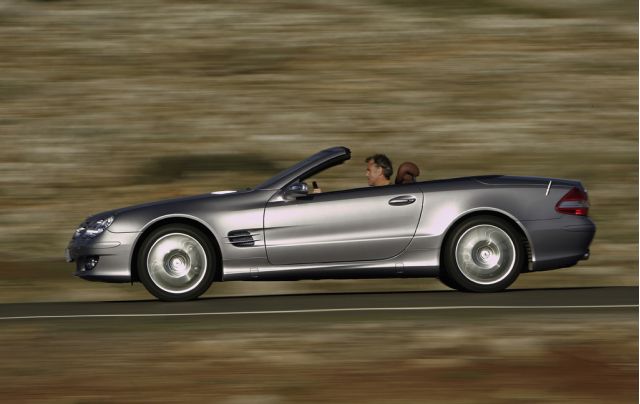 If you’re looking for the ultimate comfort in a sports car, Mercedes-Benz will be showing the latest iteration of the SL-Class Roadster, which celebrates its fourth birthday with improvements in technology, design, and interior appointments. There are new V-6 and V-8 engines, together with an uprated V-12 powerplant, and the new cars will come with second-generation Active Body Control. The active suspension system comes as standard in the SL500 and SL600 and as an option on the SL350. The entry-level — well, the least expensive — SL, the SL350, with an improved six-cylinder engine, takes 6.6 seconds to reach 62 mph from rest, while the newly-developed 5-5-liter V-8 drives the SL500 to the same speed in 5.4 seconds. The twin-turbo V-12-powered SL600 does the sprint in 4.5, thanks to 517 hp and 612 lb/ft of torque. The V-6 and V-8 models are both available with a seven-speed automatic gearbox. 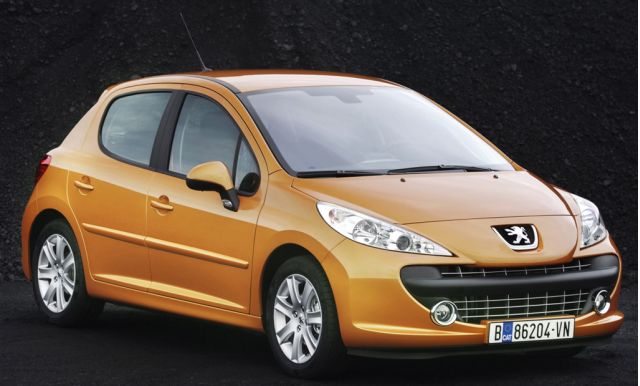 Conventional ideas of model succession are being turned on their head by ’s Peugeot. At the Frankfurt show last fall, the company introduced a new model to its top-selling 206 range; in , just six months later, it is introducing the 207, which might be seen as a replacement if conventional wisdom is applied. But Peugeot doesn’t see it that way. The 207 is not a replacement for the 206 but an extension of the ‘2’ series, which started back in 1929 with the 201 and has enjoyed total sales over 75 years of 13.2 million units. 5.4 million of those have been 206s, and the model has become Peugeot’s biggest-ever seller, currently being produced at eight individual sites on three continents.

So with no intention of fixing something that ain’t broke, the French company sees the 207 as a complement to the 206 and will produce both for some time yet. The main interest in the 207 is the gasoline-engined versions, which are powered by four-cylinder units that are the first fruit of the collaboration between PSA Peugeot Citroen and BMW. Three of the new engines will be available, together with three diesels. A unique feature of the 207 is a perfume distributor built into the dash. It can be refilled from a choice of seven fragrances specially developed by a leading French perfume supplier. That’ll make a change from a pine-tree hanging from the mirror. 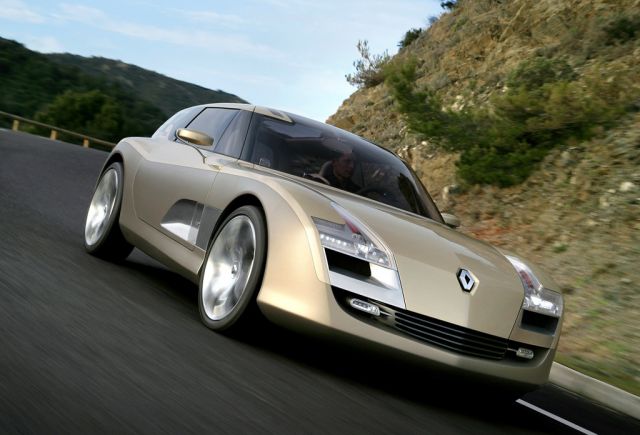 Renault can always be relied on to turn up at with an interesting concept car, and 2006 is no exception. This time it is with a new slant on the currently fashionable ‘super station wagon’ theme called the Altica, “an original and futuristic vision of the sporty estate car” in the words of Patrick le Quément, Renault's Senior Vice President, Corporate Design. The lines are fluid and hint at a wagon that has mated with a sports car, rather than an SUV, as many other crossovers do. The car's overall stance — low-slung lines, long bonnet, prominent wings — and proportions express sports car dynamics rather than load-carrying ability, although the spacious interior has more than a hint of SUV about it. The ‘Drive Station’ — driver’s seat to normal folk — is suspended on four profiled rods rather than fixed in the normal manner and moves electrically, together with the pedals, to suit the individual driver.
Tags:
Body Driving Engine Expensive Geneva Motor Show Products Wheels 2006 Auto Shows
2021
The Car Connection
See the winners »
2021
The Car Connection
See The Winner and Nominees »