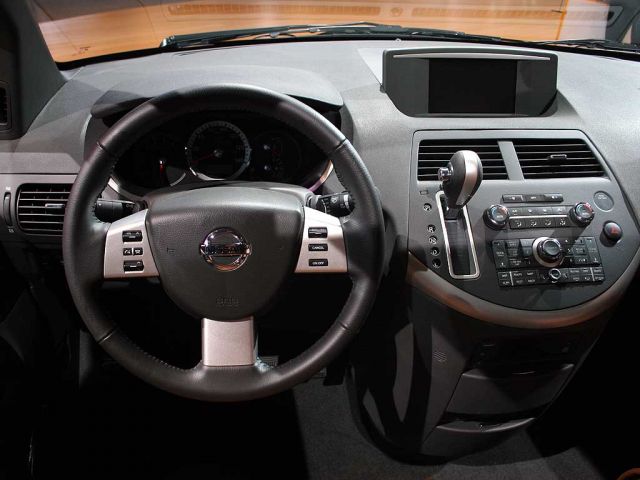 There were some serious mistakes made with the Quest minivan, Nissan officials bluntly and candidly acknowledged during a Chicago Auto Show appearance. Sales of the edgy-looking minivan have fallen far short of expectations, and Nissan blames a variety of problems. The complex model was the first to roll out of the automaker’s new plant, in, and suffered from a variety of quality problems. There were also engineering and design shortfalls — which Nissan has raced to correct. The 2007 update is “the largest single mid-cycle investment in Nissan history,” explained Brad Bradshaw, general manager of the flagship division. Literally “hundreds of changes” were made for the ’07 to improve both “actual and perceived quality levels.” Emphasis was placed on improving cabin isolation, refining ride quality, enhancing steering, and tweaking the feel and ergonomics of controls and gauges, explained the Quest’s chief engineer, Carla Bailo. The awkwardly styled center console has been redesigned on the 2007 minivan. The climate control switches are larger and less flimsy-feeling. There’s more storage space, while foldaway seats in the second and third rows. To pull off all the changes, Bailo revealed, Nissan created a “War Room” at its , technical center, completing development of the ’07 in just nine months.