With a whopping 503 horsepower, the new Mercedes-Benz ML63 AMG isn’t your typical sport-utility vehicle. The high-performance ute was one of two new models the German automaker introduced on Wednesday featuring the first-ever engine designed, as well as built by, Mercedes’ AMG division. Like the ML, the R63 features the new normally aspirated 6.3-liter V-8 that represents “a shift in strategy” for AMG, according to the operation’s CEO Volker Mornhingweg. 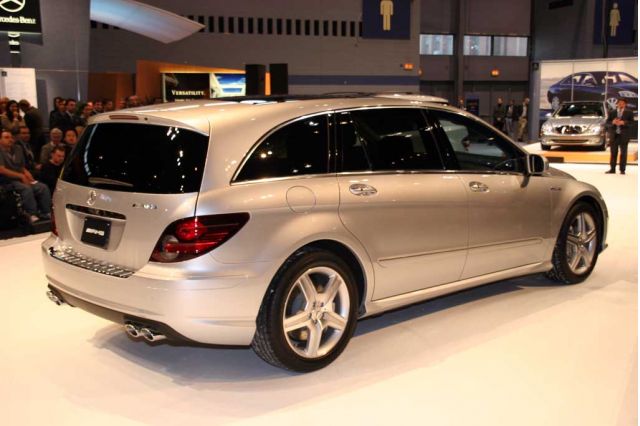 The low-volume unit has traditionally tuned and tweaked existing Mercedes engine designs, usually bolting on superchargers to deliver tremendous increases in power. But there’s no blower on the 6.3, and according to Mornhingweg, AMG is set to abandon supercharger technology, which he feels has reached its limits in terms of power, mileage, and emissions capabilities. But AMG is looking at other options, including new turbocharging systems, and the unit’s CEO hinted that a turbo V-8 could fill the gap between the new 6.3-liter engine and AMG’s most powerful powertrain, its supercharged V-12.