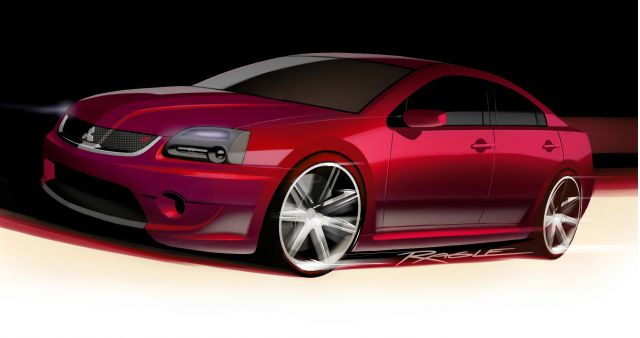 The Chicago Auto Show begins next week for the media and the public. And among the introductions you'll see here next week on TheCarConnection are a handful of trucks, including the critical new Toyota Tundra and the updated Chevrolet Avalanche we showed you last week. Coming too to Chicago are the new Lexus ES330, the Hyundai Entourage minivan and Accent three-door hatch, a pair of Dodge trucks we'll tell you more about early next week, and this Mitsubishi Galant Ralliart, details of which we'll bring you in next week's coverage of the show. The media days begin Feb. 8 - stay tuned for all the introductions here at TCC. 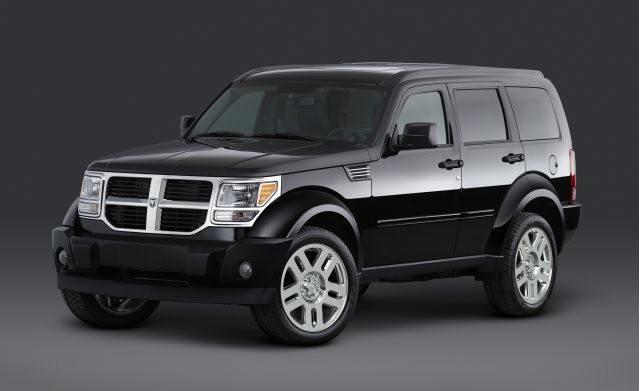 This week's auto show will host the production-version launch of the 2007 Dodge Nitro sport-ute. Based on the Jeep Liberty platform, the Nitro gets full-size options for its mid-size ute body, including a choice of V-6 engines, 20-inch wheels and sport suspension. Available in three models-base, SLT and R/T-the Nitro comes standard with a 3.7-liter V-6 with 210 hp. The performance R/T edition gets a new 4.0-liter V-6 with 255 hp and 275 lb-ft of torque. And standard on the R/T, optional on the SLT, is a suspension-and-wheels package with 20-inch rims and more tightly tuned ride motions. The standard gearbox on base vehicles is a six-speed manual, while a four-speed automatic is an option; the SLT gets the four-speed standard, while the R/T gets a standard five-speed automatic. Four-wheel drive is offered on all models. A new Load 'N Go floor slides 18 inches to and fro for easier loading of the cargo area and it's capable of holding up to 400 pounds (or three Eva Longorias and some change, if you must). ABS, ESP, and side curtain airbags are standard, while a navigation system, CD changer, DVD entertainment system and Sirius are options.

Changes in the ride heights of sport-utility vehicles have cut the number of deaths in car-SUV crashes, a new study from the Insurance Institute for Highway Safety (IIHS) said on Friday. The study, cited by the New York Times, says the number of deaths in cars involved in side-impact crashes with SUVs fell by almost 50 percent after automakers began to reduce ride heights and install blocker beams on the front ends of sport-utes that better match up with the bumper systems on passenger cars. The changes are the result of an agreement in 2003 between automakers and the National Highway Traffic Safety Administration to mitigate the effects of car-SUV crashes. The reduction in deaths with frontal crashes between cars and SUVs was less - 18 to 21 percent fewer deaths would be reported, the IIHS estimates. The study cited data from 2001 to 2004, covering 2000-2003 models, some built prior to and some reflecting the design changes.

The unexpected collapse of Haden Prism LLC threatens to set back the roll-out of the 2007 Jeep Wrangler. Haden was one of three suppliers partnering with the Chrysler Group to jointly build and operate the automaker's new plant in . Haden was in charge of the paint shop, while Hyundai Mobis will handle chassis operations, and Kuka will run the body shop. With pilot production set to begin on February 23rd, all seemed fine until Haden's 60 employees reported for work last Friday. They were ordered out of the paint shop, which was then padlocked by sheriff's deputies. While at least two dozen auto suppliers have been operating under Chapter 11 bankruptcy protection, Haden declared under Chapter Seven, which immediately shut down all of its operations. Chrysler spokesman Jason Vines insisted "the impact is basically zero," since the automaker reserved the right to take over the paint shop in the event of just such an emergency. But it may still take a week or more for Chrysler's lawyers to untangle the legal issues. Eventually, the automaker hopes to find another supplier to step in for Haden, and is reportedly already talking to Durr Industries. The German firm lost out to Haden during the original bidding.

Dieter Zetsche, DaimlerChrysler AG's chief executive officer, continues to open up more space between his new administration and the reign of his predecessor Juergen Schrempp. Zetsche told a panel discussion sponsored by a newspaper that he had no problem with publishing the salaries of individual board members, according to Reuters.

Up until this year, German public corporations, unlike their  counterparts in the , were not required to publish the salaries of top executives.  The disclosure law, however, has recently changed in as part of a package of economic reforms and German corporations now have to disclose the salaries of members of a company's board of management.  "I don't have a problem with it. I think it is right that it be published," said Zetsche, who also recently announced the size of the board of management would be reduced from 12 to nine members.

German corporations, however, if they are so inclined, can move to ask shareholders not to disclose board of management salaries. DaimlerChrysler's neighbor, Porsche AG, has succeeded in winning approval from shareholders for a proviso that keeps confidential the salaries of board members.

Zetsche Tightens Control on DC (2/5/2006)
New DC CEO is putting more distance between his and the Schrempp era.

George Bush's State of the Union message ran about 51 minutes on national television, but the most memorable part of the speech revolved around the U.S. "addiction" to oil - specifically imported oil - is getting a lot more airplay as Bush pushed the message in a cross-country post-address stump.

"In order to stay competitive, America must end its dependence on oil. When you're hooked on oil from the Middle East, it means you've got an economic security and a national security issue. And I spoke last night to some exciting opportunities here in America. I believe - I know that technology is going to enable us to diversify away from being dependent on hydrocarbon, from oil," Bush said in a speech in Nashville, Tenn., the day after first raising the issue.

"Let me talk about cars, and one area where we can achieve a lot of independence. We use a lot of foreign oil in our automobiles, and we drive a lot, and people say, well, CAFE this and CAFE that. Actually, we have increased CAFE standards for certain types of vehicles during my administration, and that's important, as is giving people choice, and marketplace function is important. But most important of all, it seems like to me, if you recognize the fact that being dependent upon oil is a problem for the long term, then why don't we figure out how to drive our cars using a different type of fuel?" Bush asked.

Bush Takes Ethanol Message on Road (2/5/2006)
Follow-ups to State of the Union press for break from oil "addiction."

Nissan North America knows which of its 60 top executives will not follow the company in its move from to . Jack Collins will be one of 12 senior execs not making the trip. The 59-year-old executive will retire rather than move with the company to , Automotive News reports. A Nissan spokesperson would not confirm the other 11 execs who have already let their decisions be known to Nissan's transition team. The News says that Nissan gave those 60 execs until last week to decide whether to move or not - with 48 accepting the relocation, three retiring, and nine leaving the company. Other employees have until April 15 to decide whether to move to .

The New Camry: Your Opinion, Please 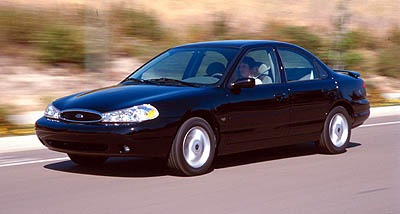 It's swing and a miss. Hello, Accord Hybrid! 9%

Why wouldn't you buy an Avalon instead? 8.5%

Volkswagen of America, Inc. and Google recently presented the future of vehicle navigation at the 2006 International Consumer Electronics Show (CES) in , and it's closer to virtual reality than ever before. Volkswagen, Google, and graphics chipmaker, nVidia, are working on an in-car navigation map system and display that is 3-dimensional and more real looking than anything that's available today. Driver and Passenger will be able to instinctively recognize where they are in relation to the surrounding topography, especially in urban areas that are depicted with depth and accurate size relationships between buildings and roads. Volkswagen, working through its Electronic Research Laboratory (ERL), in , together with Google and nVidia, is also working on other advancements, including automatic personalized content updates for its vehicle navigation systems.