As Ford promised earlier in the week in its Way Forward restructuring, it's looking to ethanol power to "green" up its vehicle fleet. On Wednesday, at the, auto show, Ford showed an Escape Hybrid that uses ethanol-blend fuel to further wean itself from gasoline. Ford says it's the first company to develop a hybrid prototype that can run on an ethanol-gasoline blend. In earlier announcements, Ford has promised to build 250,000 hybrid vehicles a year by the end of the decade, and 250,000 ethanol-capable vehicles in 2006. No plans for production exist, but the conversion to E85 fuel would not be difficult if gas prices were to skyrocket.

Kerkorian Dips Back into GM Well

Kirk Kerkorian's Tracinda Corp. is at it again. The company is buying up twelve million shares in General Motors, an amount equal to the shares Tracinda sold in December, according to the Associated Press. With the latest moves, Kerkorian's share in the world's largest automaker will rise again to 9.9 percent. Tracinda is said to have sold the stock to take advantage of tax laws and year-end write-offs. GM, which will announce its 2005 and fourth-quarter financial results this morning, will cut 30,000 jobs by 2008 and will shutter twelve assembly and parts facilities.

At a press conference at Lowe's Motor Speedway on Tuesday night, introduced three teams that will campaign a total of six cars in the NASCAR Nextel Cup Series beginning in 2007.

Bill Davis Racing and Michael Waltrip Racing had been expected to be named as participants in the program, but the surprise was the introduction of Red Bull Racing as the third team. All three teams will field two cars each, and the only drivers that have been confirmed are Waltrip in the No. 55 NAPA Camry and Dave Blaney in the No. 22 Bill Davis Racing Caterpillar Camry.

The Red Bull Racing team has reportedly purchased the former Penske Racing South facility in , and will begin operations as a fully supported factory team, unlike the Davis and Waltrip operations. The team will be led by series veteran Marty Gaunt, who was most recently general manager for the Craftsman Truck Series team Red Horse Racing.

has been instrumental in bringing into NASCAR, and was one of the marque's flagship teams when the Tundra made its first appearance in the NASCAR Craftsman Truck Series in 2004. 's east coast research and development operation is housed in a BDR facility in

"This is obviously huge for Bill Davis Racing and our sponsors," said Bill Davis, BDR team owner and president. "It is a great honor and opportunity to be able to continue to build on what we have already accomplished with as a partner in the NASCAR Craftsman Truck Series and carry that alignment over to our NASCAR Nextel Cup Series program."

Michael Waltrip has owned a NASCAR Busch Series operation since 1996, and is expanding into Nextel Cup Series ownership this year, in a joint-ownership deal with former Jasper Motorsports owner Doug Bawel that includes a contractual arrangement for Bill Davis Racing to provide cars, engines, and personnel. The popular two-time Daytona 500 winner will be instrumental in 's marketing efforts, as has been his older brother, former champion Darrell Waltrip.

" is a leader in the automotive industry and has quickly become a consistent winner in the NASCAR Truck Series," Waltrip said. "The logical step is for them to come into the NASCAR Nextel Cup Series and I am honored to be a part of their entrance into the sport."

The ownership structure of Red Bull Racing has not been made clear to this point. If, in fact, the team is owned by the popular Austrian-based drink company, it will be an interesting addition to the company's two Formula 1 teams, Red Bull Racing and Scuderia Toro Rosso. The company also maintains sponsorships in the World Rally Championship and in various motorcycle-racing series.

also intends to compete in the NASCAR Busch Series in 2007, but those plans will be revealed at a later date.

The Camaro That Almost Was 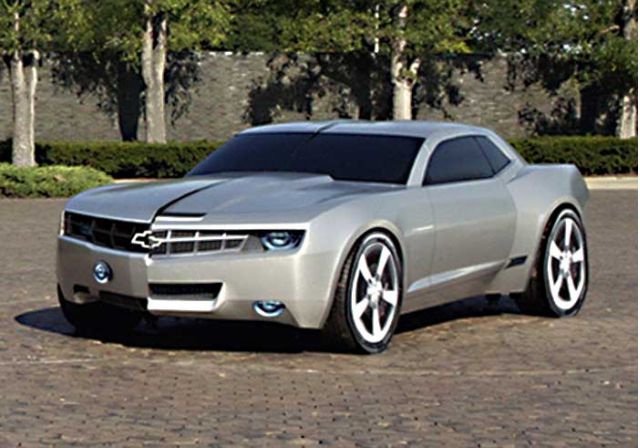 A close look at the Studio X design, the Camaro concept that almost was.

Call it the Camaro that almost was. The pony car that shook up this year's North American International Auto Show was really the result of a top-secret shootout between some of General Motors' top designers.

Even before GM pulled the plug on the last production Camaro, the automaker has been struggling with ways to bring back the once-popular muscle car. An ill-conceived concept car nearly made it onto the auto-show circuit in early 2005, but was abandoned on orders from CEO Rick Wagoner.

Ford was already committed to the retro path, with a Mustang unabashedly repeating the theme of the much-loved 1967 model. So Wagoner ordered his design team to come up with something that picked up the visual cues of past Camaros without being slavishly retro.

GM's Advanced Design studio didn't get back to work on the Camaro concept until spring 2005, but "within about three weeks, maybe four," recalled GM design director Ed Welburn, they already had something striking in mind. Sketches were transferred to clay, and soon, a life-size model was ready for review.

"When I walked out onto the patio and saw it, it was obvious it was a Camaro," Welburn, himself a Camaro collector, told TheCarConnection. But he still wasn't satisfied. "I liked it, but I wanted them to push it farther." 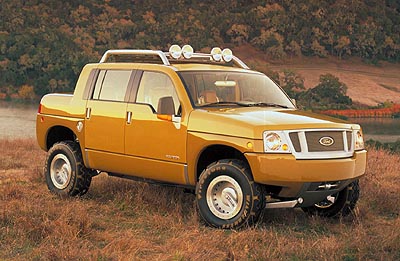 The thing about is, Museum Hawk expected it to be a derelict city such as, say, or - a once-colossal automotive production center reduced to abandoned streets, buildings, and people.

Instead the Hawk found a surprisingly vibrant, clean municipal oasis in the Great American Midwest. And now, the modern , , sports a brand-spanking new (opened October 28, 2005), community-supported .

This institution is far more than just another car museum built around a single, nearly forgotten marque. It's about the history of the community - with hardly a nod to its esteemed University of Notre Dame - and of transportation in over two centuries.

Land Rover was honored by R. L. Polk & Co. during its tenth annual Polk Automotive Loyalty Awards ceremony at the 2006 Automotive News World Congress in Dearborn, MI. Range Rover won in the Prestige SUV category. This marks the second consecutive year the model has been honored. "We are thrilled that our customers continue to embrace the Range Rover," commented Ben Weiner, Customer Satisfaction Manager for Land Rover North America. "Winning this award again signifies that our customers appreciate this extraordinary vehicle and the unique experience that only comes with owning a Range Rover." The Polk Automotive Loyalty Awards recognize manufacturers for superior owner loyalty performance. Loyalty is determined when a household that owns a new vehicle returns to purchase or lease another new vehicle of the same model or make.