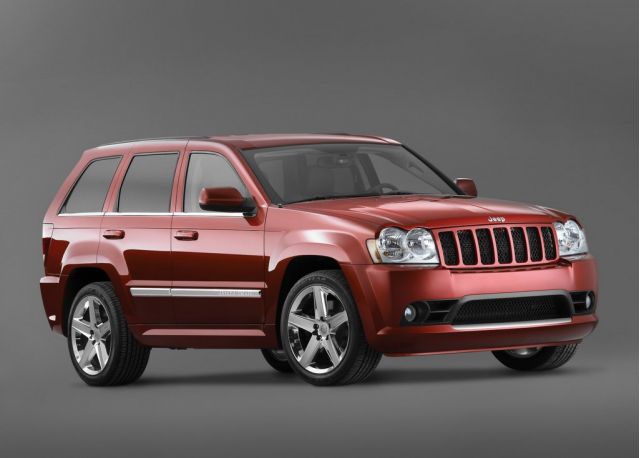 The new Jeep Grand Cherokee SRT8 will cost about half as much as the Porsche Cayenne Turbo it beats in a 0-60 run, the Chrysler Group said in a release on Thursday. The new HEMI-powered SUV will sport a base price tag of $39,995 when it goes on sale in January. The SRT8 version of Jeep's perennially popular sport-ute will outpace the Porsche Cayenne Turbo and BMW X5, Jeep promises. Outfitted with the 420-hp, 6.1-liter HEMI V-8, the SRT8 will gun to 60 mph in less than five seconds, making it the second-fastest Chrysler Group vehicle after the Dodge Viper. Along with an upgraded four-wheel-drive system and the HEMI engine, the SRT8 gets stability control recalibrated specifically for this application, Brembo brakes, a more refined interior and options like DVD navigation and Sirius satellite radio.

The latest study from J.D. Power and Associates on the habits of car shoppers finds that new-vehicle buyers are more accepting of import brands these days. In the J.D. Power and Associates 2005 Avoider Study released on Thursday, Power reported that buyers in the South have undergone the most dramatic change in shopping, where 34 percent say they would not consider an imported or foreign vehicle, down from 40 percent in the 2004 study. Korean brands in particular have benefited from the shift in interest; only 31 percent of southern shoppers would not buy a Korean car, for instance, while in 2004 that number was 41 percent. The study does have some difficult news for the domestics-truck buyers seem to be drawn in by rebates and incentives more than the perception of reliability, and in general, rebates and incentives have drawn attention away from improvements in product design and features. The study adds that some Asian brands carry the perception that their vehicles re too small, even when the vehicles - like Nissan's Titan-are equally as large or larger than the competition. 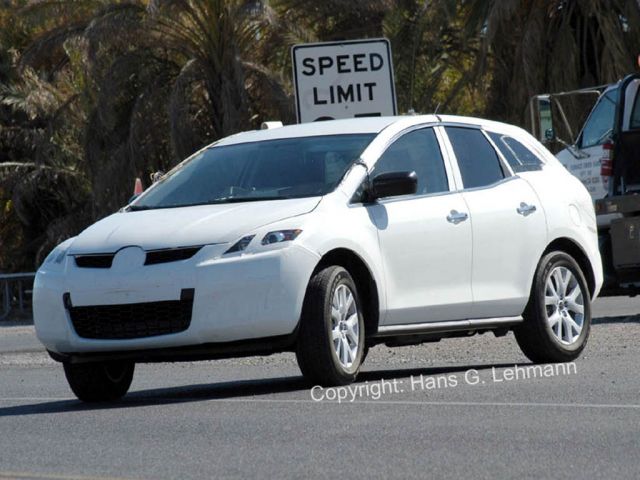 The Mazda CX-7 and a host of new vehicles from GM will be the centerpieces of the January Los Angeles auto show, organizers announced on Thursday. The show, which opens to the media on January 4, will be followed next November by the 2007 L.A. auto show as the event moves permanently to that month to close out the auto-show season. The keynote speech for the event will be delivered by Ford's Mark Fields, while BMW designer Chris Bangle will preside over the concurrent design conference. Among the introductions to take place are that of the new VW Eos; the Toyota Yaris; the Mazda CX-7; and six world-debut production vehicles from General Motors, likely to include some of its new full-size SUVs and pickup trucks. For more information and the full schedule of press events, click over to http://www.laautoshow.com. 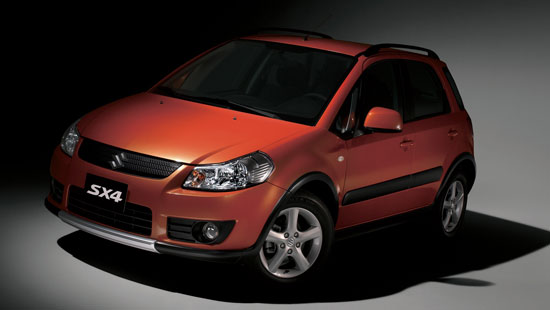 The new compact Suzuki SUV headed for these shores will be dubbed the SX4, the Japanese automaker announced on Wednesday. In a brief release, Suzuki confirmed that the new global ute will be adapted to be sold in the U.S. alongside Suzuki's existing Grand Vitara. The new ute will offer a five-door body style with all-wheel drive and a 2.0-liter four-cylinder engine, as well as a choice of either a five-speed manual or four-speed automatic transmission. While European versions of the vehicle will be built in Eastern Europe, the U.S. version likely will be built in Asia. Dimensions include a wheelbase of 98.4 inches and an overall length of 162.8 inches. The 2007 model-year vehicle will be shown in Geneva and at the New York Auto Show next April.

The U. S. Department of Energy, which tracks gas prices nationally and reports each week, on Monday (11/28) reported for the second week in a row that retail prices have fallen sharply nationwide in November.  The DOE reported the national average had dropped from

Indeed, by midweek of the Thanksgiving holiday with millions of motorists hitting the road, gas prices fell below $2 per gallon in some, if not many, communities.  For example, pump prices in West Florida had dropped from $2.039 the weekend before to as low as $1.969 at the beginning of the week following the holiday.

This trend in lower prices is counter to the experience of most motorists, who long have gnashed their teeth at elevated gas pump prices for holiday periods.

As if you had a choice, prices in the Gulf Coast region, as calculated by the DOE, were second lowest after the Midwest.  Among

states, Minnesota was next most economical to fill up in after Ohio.

Happy Motoring Days may be here again -- unless you drive a diesel, where prices per gallon averaged nationally 32 cents per gallon higher than gasoline.  Indeed one Pensacola station was spotted last week with diesel at over $3 per.-- Mike Davis

Will BlackBerry Suit Shut Down Detroit?

The popular BlackBerry device has become the business e-mail tool of choice for millions-including a large chunk of the auto industry. And this week, companies like General Motors and Toyota are faced with a possible service disruption for the critical devices as the maker of the BlackBerry devices has lost another ruling in a patent-infringement case that could shut down e-mail service through the devices. Research In Motion Ltd., the company that markets the BlackBerry, had its petition to an appeals court turned down on Wednesday in a patent case in which it says a settlement of $450 million was reached. Not so, says NTP Inc., the holder of patents of which RIM is accused of infringing upon. In court, U.S. District Judge James Spencer said that he would not enforce the terms of the $450 million settlement that RIM says it in force, leaving open the strong possibility that more than four million users of the handheld devices will see their e-mail service shut down soon. A hearing is to be scheduled to determine if the BlackBerry service can be marketed and devices can be sold pending any new agreement between the companies. At one point, RIM could have settled the suit for about $23 million. NTP has asked the courts to make sure BlackBerry service isn't shut down to government agencies or emergency personnel, a distinction that RIM says will be hard to make versus corporate clients like General Motors. An analyst quoted by CNN says that a new settlement could cost RIM up to $1 billion.

Another hallmark of Jaguar history could be on the auction block as the money-losing brand is pressured to cut its losses. The Wall Street Journal reports that Jaguar won't be losing any more jobs, but the company may be interested in selling the Browns Lane plant in Coventry where it makes some interior trim pieces for its vehicles. The plant is the historic home of the marque and while losing it would help Jaguar cut its production base further. The brand is seeking to cut production by another 7 percent for a total of about 80,000 vehicles worldwide. Jaguar sales are off 30 percent this year despite the presence of the new XJ full-size sedan. The 100-acre Browns Lane site employs about 500 workers in administrative jobs and skilled craftsmen positions; Jaguar would not cut those jobs but would instead transfer the workers to other plants in the UK, where the brand employs nearly all its 8500 employees.

Delphi Corp. said on Monday that talks with General Motors on a bailout were making progress, as the bankrupt supplier tries to slash its way out of Chapter 11. One key result to emerge from the talks thus far is a pledge by GM to suspend the price reductions for 2006 that it had previously negotiated with Delphi, which filed for bankruptcy in October. The GM agreement hasn't slowed the war of words between the supplier and its UAW workforce, however; last week's report by Delphi that its labor costs were $76 an hour including benefits were countered by the union, which reiterated its demand that Delphi back away from its offers of $21 an hour, including benefits, for its members employed by Delphi. Delphi also says it will delay a petition to the courts to dissolve its current labor contracts until discussions with GM have concluded.

War of Words Over Delphi Escalates by Joseph Szczesny (11/28/2005)
Union cries foul as Delphi says it pays $76 per hour.

DaimlerChrysler will also build a new plant in South Carolina where it will build the Dodge Sprinter van, in a scaled-back version of a plan originally announced for the state of Georgia . Several wire reports indicate that the German company has chosen a site in North Charleston for the new plant, which will open with between 200 and 300 workers and which will eventually employ as many as 1800 workers. In 2003 DC and the state of Georgia had planned to build a plant to build Sprinters outside the port town of Savannah , but the restructuring at Chrysler Group shuttered those plans. An existing facility in North Charleston will be converted for the new production line. Sprinters also are assembled in nearby Gaffney, S.C. , on a CKD basis.

Chrysler's Crossfire will be marketed through a new deal with Overstock.com, the automaker said last week. In an unusual deal with untold consequences for the two-seat sportscar's resale value, Chrysler will offload remaining 2005 Crossfire coupes and roadsters through the Web site that also sells factory remainders on consumer products from bedding to electronics to furniture. The site, which also features products from brands like Ralph Lauren and Prada, will provide Chrysler buyers with a coupon that they can redeem for up to $8,900 off the MSRP of any 2005 Crossfire. The deal expires on Jan. 3.