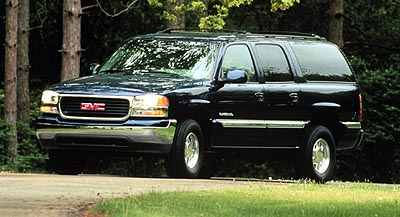 V-6 power in the RAV is a long time coming, but third-row seats? Really?

That's what we thought when we first heard the news. How could they cram in that third row? But the RAV4 is a lot bigger. While the proportions have stayed roughly the same, truth is, the "little" RAV4 sport-utility is no longer that compact. The upsizing of the RAV4 stretches it by 14 inches overall and puts it at only about 3.5 inches shorter overall than the Highlander, with a wheelbase about two inches shorter than the Highlander. In terms of height and width, the differences are too close to call; even curb weight is comparable.

This translates to an interior that's very roomy for four adult occupants, with space for cargo, too. claims a 20-percent improvement in overall interior space, with improved head-and-shoulder room in the second row especially, but we also noticed significant improvements in front seating and the driving position. The gauge cluster and steering column are no longer angled up as much, allowing a more natural driving position for those who are of average height or taller.

From to , there's at least one thing that motorists all seem to have in common. Yet again, silver remains far and away the most popular color for car buyers around the world, accounting for nearly one in four passenger cars, trucks, and crossover sold during the last year. According to the latest color popularity survey by DuPont Automotive systems, white, gray, blue, and black round out the Top Five list.

With the exception of silver, color choices tend to vary from one market to another, according to Karen Surcina, DuPont's color marketing manager. "The most amount of color is in the North American palette," she says. By contrast, European buyers overwhelmingly favorite neutral shades, such as silver, black, or gray. The Japanese have long favored white, which once accounted for 70 percent of new vehicles, but even there, silver has taken over as the top choice. Germans, by the way, never choose beige, the color of their taxis. For the same reason, New Yorkers don't like yellow.

Manufacturers are constantly on the lookout for new colors that will give them a distinct advantage in the marketplace. According to DuPont research, 39 percent of American motorists said they'd choose a different vehicle if their top pick wasn't available in the right hue. Meanwhile, colors can also influence a car's long-term value. "Black is always a good seller on the new-car market, but not on the resale market," notes Dave Fischer, marketing manager for DuPont's Automotive Systems Group. That's because it tends to show off a used car's scratches and nicks.

A lot of things are likely to influence the shades that motorists choose. Silver, for example, is especially popular on luxury cars, while red is a favorite on Corvettes and other sports cars. The folks who buy small and specialty cars are more likely to try purple, yellow, and other standout fashion shades. Even the economy has an influence. Bright shades pick up in popularity during boom years, dark tones when times are tough. Color choices also flow with fashion trends, and what's popular on the runways of this season may directly influence what's in showrooms next autumn.

Over the next few years, look for silver to slip a bit, though new versions infused with other hues could help keep it popular. Blues are gaining ground, and new versions of green are likely to make a comeback, according to DuPont's Surcina. New technology is offering a literal rainbow of new colors, including a "holographic" flake that radiates a rainbow of hues, depending on how it's viewed. DuPont has even come up with a glow-in-the-dark paint that could allow an automaker to add safety stripes for extra visibility at night or, perhaps, glimmering flames that appear only after dark. 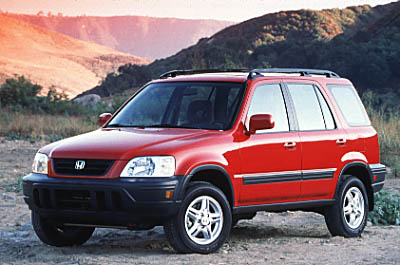 It's billed as the world's longest-running motoring event, and considering that it started in 1896, not many will argue with that.

It's 's to Brighton Veteran Car Run, and earlier this month, it saw some 500 old cars setting off from Hyde Park, the center of the most genteel part of , on the 60-mile run to Brighton, the town on the South coast often referred to as " by the sea."

The first run was for cars that were the very latest models, and was held to celebrate the fact that new legislation meant that "horseless carriages" could run at up to 12 mph on the public highway and no longer had to be preceded by a man carrying a red flag. The new law went onto the statute books at midnight on November 13, 1896, and the pioneer automobilists decided to celebrate the fact by driving to at dawn on November 14. Almost 40 cars set off on a run supported by the leading lights of the infant industry - even Gottlieb Daimler came over from to ride in one of his latest products.

That first run was celebrated in 1927 by a run for what were then called "Old Crocks," and apart for interruptions for war and gasoline rationing, it has been run every year since. But it is no longer a demonstration of the latest technology, as it was in 1896; now it is limited to cars from the dawn of the industry, with nothing built after 1904 eligible to run. That means that this year, for the first time, every one of the runners was over one hundred years old. 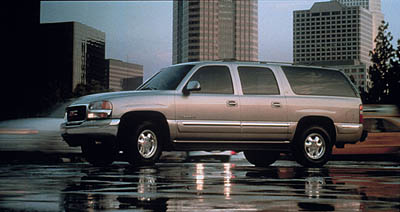 Though the showroom around it may be changing, with the addition of Azeras and Santa Fes and even a coming minivan, Hyundai's Accent still matters. It's been the South Korean company's keynote vehicle since the brand pulled out of a post-Excel swan dive in the early '90s. Always inexpensive and decently engineered, the Accent has given plenty of shoppers a reason to turn up their nose at used vehicles and turn over their paychecks to Hyundai. It's also become the subject of endless cases on Judge Mathis, but that's just a little too revealing of our work habits now, isn't it?

Now it's time for the Accent's third act. And while America can't seem to decide if it needs smaller cars for geopolitical survival, or if it can still get away with titanic SUVs, the Accent willingly soldiers on, more capable and charming than it's ever been, ready to play its part no matter what the global drama du jour might be.

Notice that fancy French accent? We chose it because it's apropos of this car. This time around, the Accent comes in two body styles, but the first to launch is the classy-looking four-door, available only in GLS trim. And while you might not know about the dramatic change in Hyundai's image - courtesy J.D. Power and Consumer Reports studies - Hyundai's willing to bet you'll be interested in a more smartly-styled, dare we say more worldly, Accent nonetheless.

Ferrari's known mostly for its sportscars, but the Italian supercar company's also a pretty savvy outfit when it comes to licensing its name - for outfits, eyeglasses, laptop computers, and all sorts of consumer tschotschkes. But now Ferrari is stepping into Disney territory, as it's signed an agreement for the development of a Ferrari theme park to be built in the Arab emirate of . Ferrari signed the agreement recently with ALDAR Properties, a Middle Eastern development company, with the mission to build a park featuring a racetrack, rides, and attractions, a display of Ferrari history, and even driving instruction. Hotels, shops, and residences will be a part of the development in the UAE. An opening day in 2008 is being eyed.

Daniel Zhao, a 2005 graduate of Glen A. Wilson High School in Hacienda Heights, Calif., is accomplishing what high-priced Madison Avenue ad agencies may find too daunting: convincing teens to save their own lives by reversing a tragic trend that sees nearly 5500 young people die in car crashes every year, most of whom could be saved by the use of safety belts. As part of a contest sponsored by Volkswagen of America, Inc., high-school students from across the nation were challenged to create and produce 30-second television public service announcements (PSAs) to convince their peers to buckle up. Zhao's PSA was chosen by a national Web vote as the overall winner from what started as hundreds of contest entries. Zhao was announced as the winner during yesterday's Daily Download on Fuse-TV.